We reported in detail when the new Mercedes GLA made its public debut at the 2013 Frankfurt Motor Show. The new Mercedes GLA will soon go on sale in its home market and first deliveries are expected to commence around March next year. Back during the unveiling event, Mercedes announced two petrol and one diesel engine option for the GLA>

However, it has now emerged that while the GLA 200 CDI is likely to be responsible for the major chunk of sales, Mercedes also plans to launch a bargain basement GLA 180 CDI variant to cater to a wider set of audience. 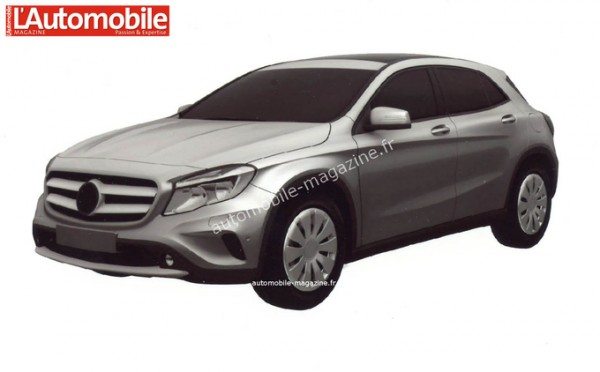 Now, seen here are patent images of the GLA 180 CDI. As can be seen in the images, the GLA CDI would come with full wheel covers instead of alloy rims and would also miss out on roof rails. While the GLA 200 CDI will be powered by a 2.2 litre oil burner, the GLA 180 CDI will get the Renault sourced K9K 1.5-liter diesel engine. This is the same engine that also powers Duster, Terrano, Micra, Sunny, Scala and Evalia in India. For the GLA 180 CDI, the engine will be tuned to offer 109 hp of max power.

It is pretty much for sure that the Mercedes GLA is headed to India and it would be interesting to see if the GLA, which will soon become the entry level crossover in the carmaker’s product portfolio, would be potent enough to fend off the heat from established rivals such as the BMW X1 and the Audi Q3. 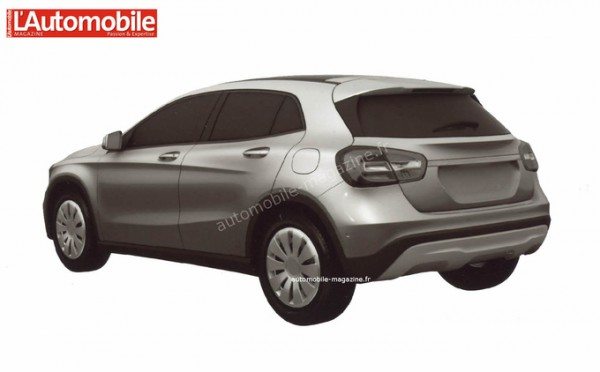