The Mercedes-Benz G63 6×6 is no longer in production, although even when it was, it was too fancy and expensive for a pickup. But then if you still want a luxury off-roader, with space to carry your fancy tent, a production-spec Mercedes-Benz X-Class will show itself on July 18th, 2017. It is based on the X-Class concept which was first revealed in an Explorer format for the road, and a tough looking Adventurer variant, purpose built for the rough.

Mercedes has shared a teaser video in the build-up towards the launch, which reveals that the production-spec X-Class will get a high set, GLS like front grille with twin slats. The illumination pattern for the DRLs suggests that the headlight cluster could look similar too. The illumination pattern for the all-LED taillight looks equally striking. 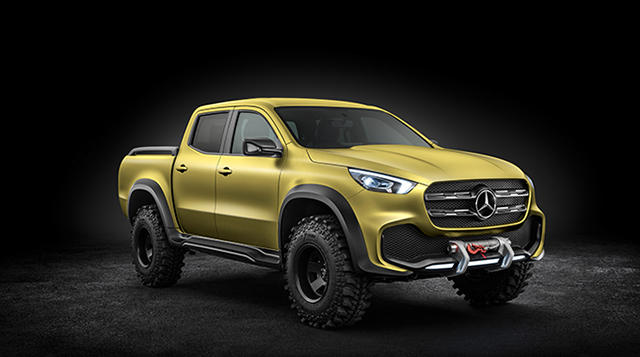 While we aren’t sure if Mercedes will stick with the idea of an Adventurer and Explorer variant, it’ll be interesting to see what happens to the X-Class when they slap an AMG badge on one. In-line with the brand’s premium appeal, expect the X-Class’ cabin to be plush, luxurious and full of fancy bells and whistles. 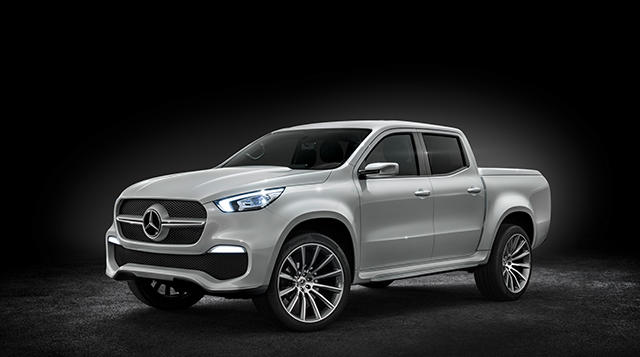 Where the tough looking variant, if there’s one, could get a colourful theme and sporty elements, expect the more sober variant to be detailed in fine leather, soft, sober shades of upholstery and premium materials. What will most definitely make it to the production-spec models though is that lockable glove compartment and a minimalistic dashboard which will pack everything high-tech, yet, focus on functionality. 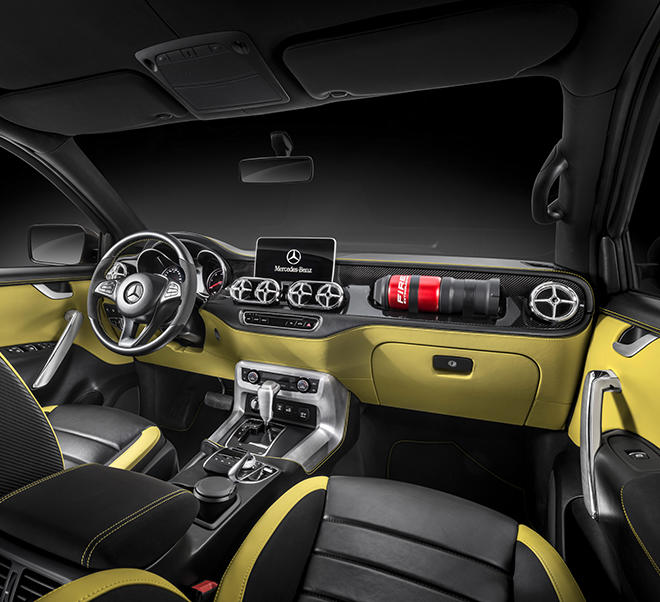 The X-Class will most probably be propelled by a 3.0-liter oil burner that also moves the likes of the GLE and GLS. The six-cylinder engine is good for develops 258 PS, 620 Nm, and will most likely be paired to a 9G-Tronic automatic gearbox. The X-Class can handle a payload of more than 1.1 metric tonnes and can tow approximately 3.5 tonnes.