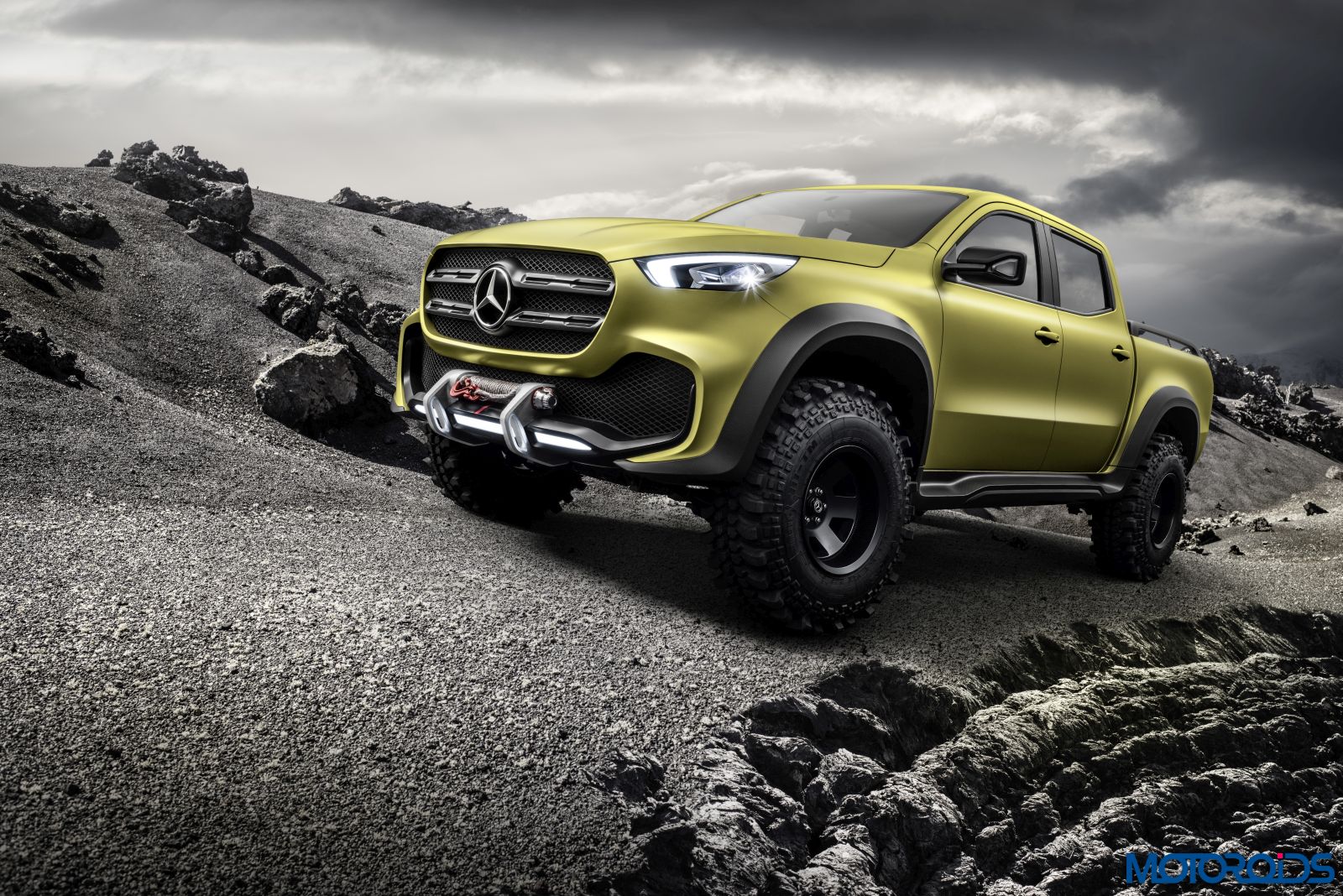 Mercedes-Benz has unveiled a new pick-up truck concept, the production model of which will debut in the second half of 2017. Known as the X-Class Pick-Up truck concept, the model was introduced in two forms, the Stylish Explorer and the Powerful Adventurer. While the engine options and the interiors for both the models remain the same, what makes them different from each other are a few features on the exterior.

Based on the same ladder-frame platform as the Renault Alaskan and the Nissan Navara, the X-Class features the traditional Mercedes-Benz grille with the three-pointed star logo sitting in between. The dual cab setup features two captain seats up-front and a bench seat at the rear. While the Stylish Explorer features a road focused design including large wheels, low-profile tyres and a reasonable ride height, the Powerful Adventure receives a rugged look with considerable ground clearance, extra body cladding on the side as well as the wheel arches, along with off-road tyres and wheels. 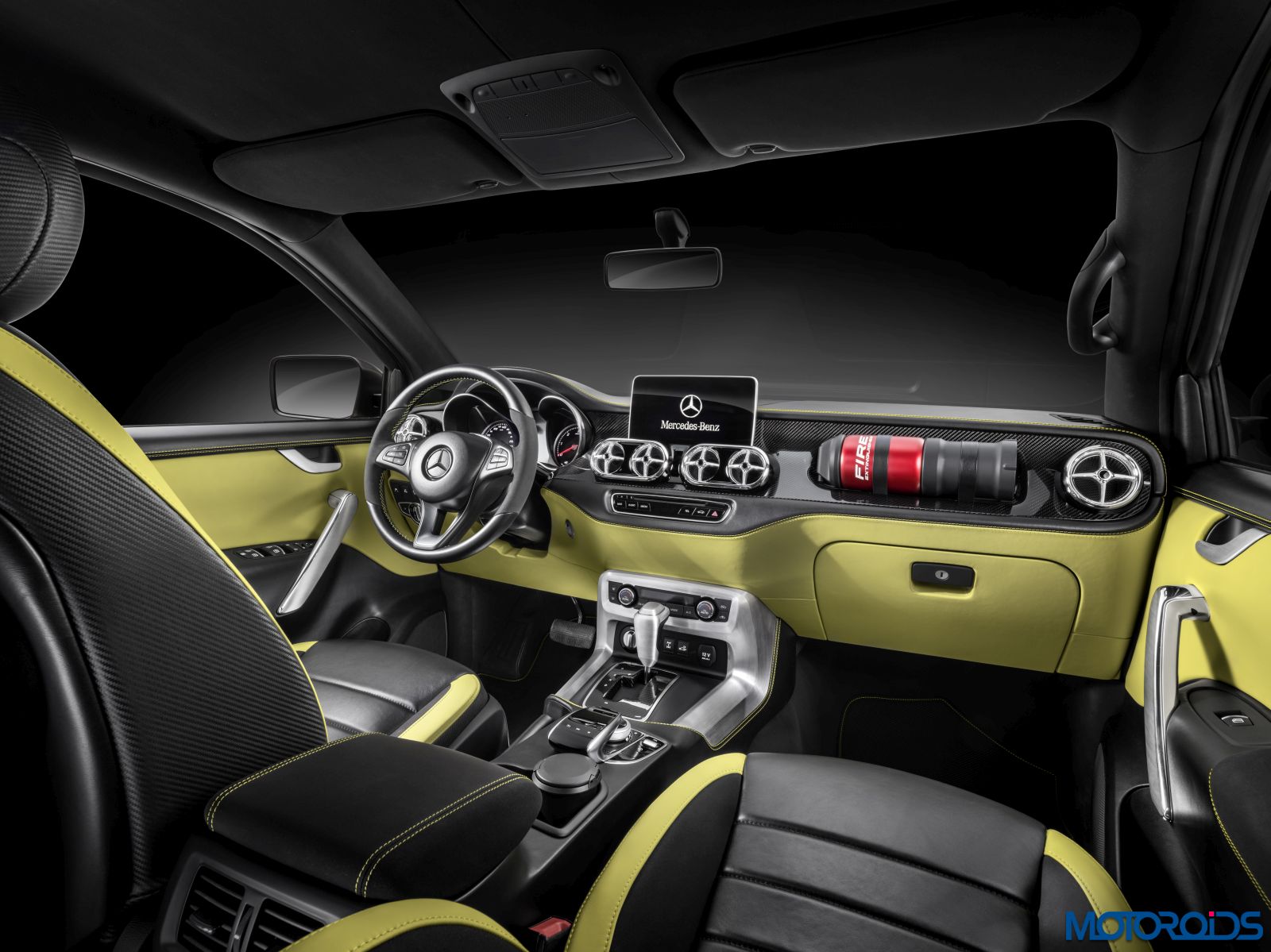 At the rear, the Stylish Explorer receives a tail-gate section in a rectangular shape with rounded ends while the Powerful Adventure features a tail-gate with brick like perforations flanked by vertically stacked LED tail-lamps on either side. The Powerful Adventurer also receives rails on either side of the pick-up bed and a winch on the front as well as on the back. Loading capacity of the pick-up bed varies from 1100 kg to 3500 kg based on the choice of variant.

Also read: This is the 2017 Mercedes-Maybach S600 Pullman Guard, a INR 7.5 Crore castle on wheels for the supreme

Moving on to the interiors, no compromises have been made on either models and hence they come equipped with the signature circular HVAC vents and touchpad controls for the free standing infotainment display. A few features taken from its siblings include the conventional handbrake lever and switchgear for the centre console. 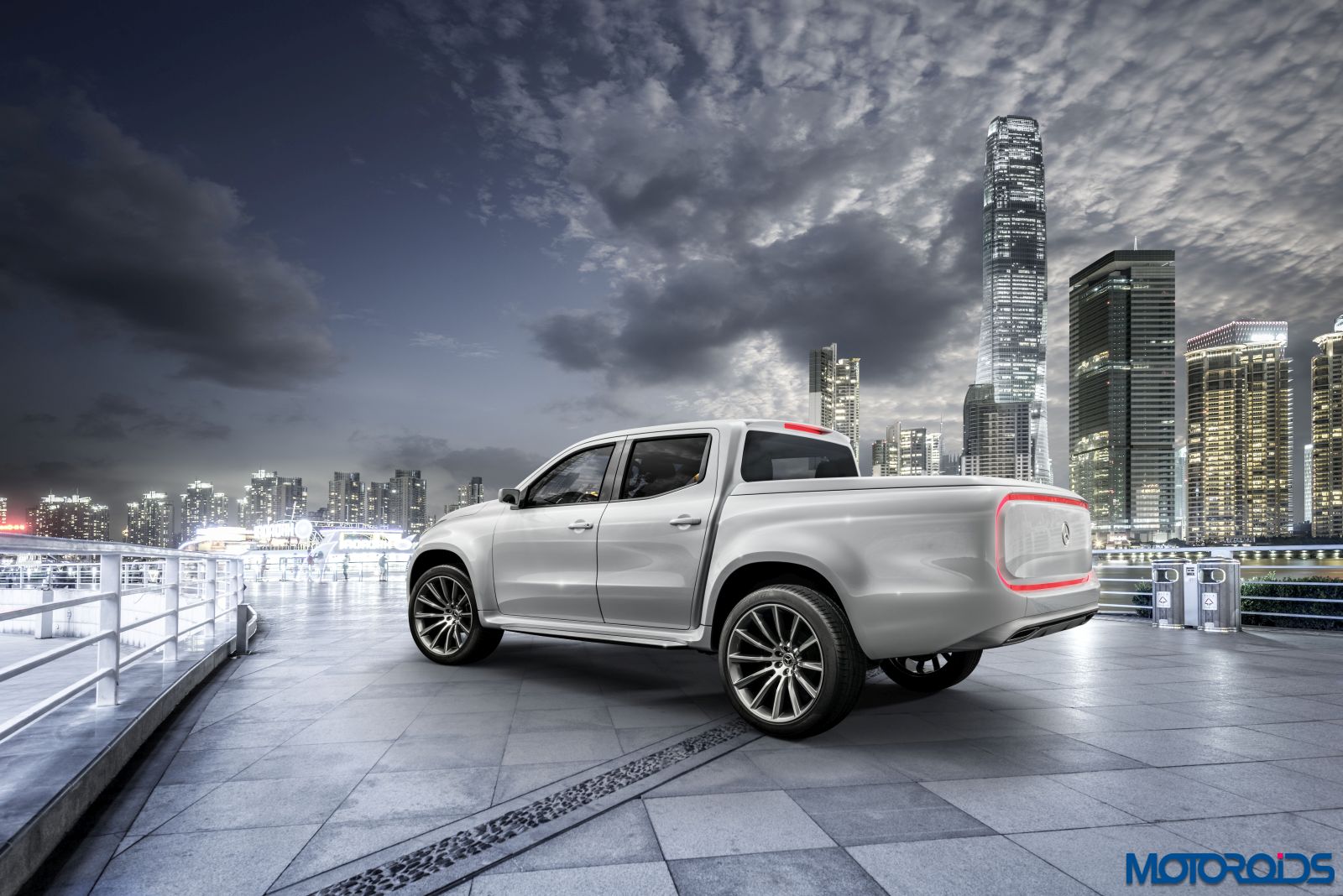 Following is an image gallery of the X-Class Pick-Up truck concept (Click to expand):