Home News SPIED: Mercedes Benz SLC- the baby SLS. To be introduced in 2014 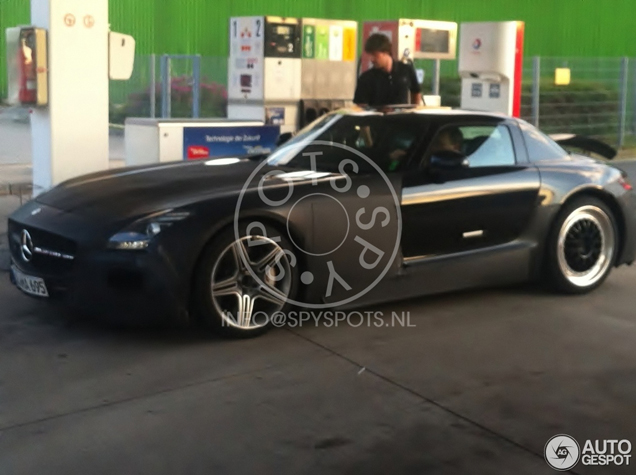 Not satisfied with the success of SLS, Mercedes Benz is busy developing a younger sibling of the very popular SLS performance car. The baby SLS will be called the SLC and will go into production sometime in 2014. The car will come out as an AMG version and the development will be done in a partnership between the German manufacturer and its performance division. As expected, the baby SLS will come with a baby price tag and should be priced in Porsche 911 territory. The SLC will be front engined two door coupe. There are fair chances of a four liter V8 gasoline motor finding a home in the engine bay and transmitting power to the rear wheels. The Baby SLS was recently caught testing in its elder sibling’s clothes. The mismatched and ill-fitting panels are a dead giveaway of the fact that the new MB won’t exactly be a miniature version of the SLS. Also, the SLC, in all probability, won’t get the gull-wing doors of the SLS.