Mercedes-Benz S500 Plug-In Hybrid 2014 has finally made its public debut at the ongoing Frankfurt Motor Show. 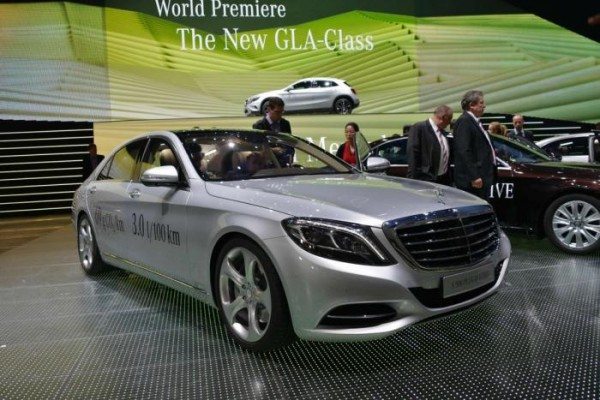 While the S-Class Coupe concept was the star of the show at the Mercedes-Benz’s venue at IAA, this plug-in hybrid version of the S500 can’t be ignored. 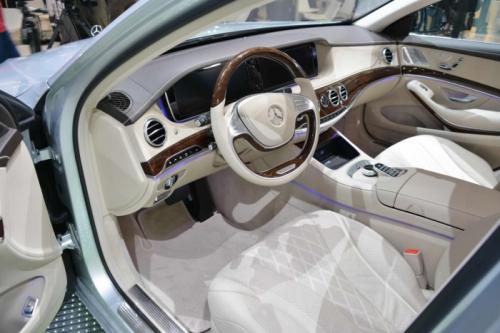 This plug-In Hybrid gets a 3.0-liter V6 turbocharged gasoline engine which belts out 328 bhp of max power and a healthy 480 Nm of torque. It also gets an electric motor which produces 107 bhp of max power and 340 Nm of torque. all of which enables this luxury hybrid to propel to 100 kmph from standstill in just in 5.5 seconds and continue to accelerate to its top speed of 250 kmph.

Worth mentioning is that these numbers are pretty similar to the those of the much lighter BMW i8 hybrid supercar.

Mercedes-Benz states that this hybrid has a fuel efficiency figure of 78.4 mpg (US) which was tested by NEDC and has CO2 emissions of just 69 g/km. 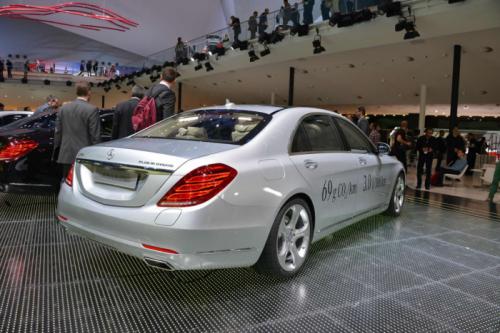 This hybrid can also be driven in electric for a short range of upto 30km which will be totally zero emission.

Pricing for this S500 hasn’t been disclosed as of yet.Deliveries are expected to begin next year.
Stay tuned to Motoroids for more updates on the S500 Plug-in hybrid.