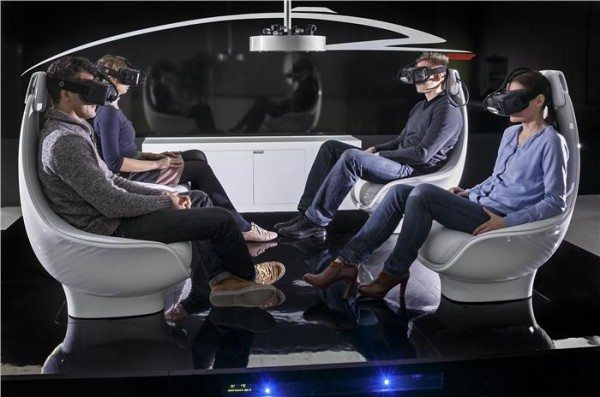 Looks like you won’t be doing much in the future.

Like it is with most carmakers these days, Mercedes-Benz thinks that the future involves many of us sitting in our cars and just pushing a few buttons, instead of driving. This notion has lead to the development of autonomous vehicles which aim to take the stress and boredom out of everyday driving. And like with every tech seen on today’s modern cars, many of the future tech will be, of course, seen coming from the labs of Mercedes-Benz. The company recently previewed the interior looks of such a car, which we all might see in the future. The Mercedes autonomous concept car will be displayed to the world at the Consumer Electronics Show in Las Vegas in January of 2015. This swanky futuristic interior was developed by the carmaker at their R&D centre in California. This interior is basically a testament to showcase the prowess made by ze Germans for design and engineering. This space-age interior incorporates high-tech touch, gesture and eye detection technology and all these go a long way into making a vehicle autonomous.

There are also 4 seat which rotate about and can face each other so that the people sitting on them can face other, not good if you don’t like them. Mercedes head, Gorden Wagener, calls this a ‘Digital Living Space’. Apparently, this is where people wear sci-fi goggles on their face and play virtual car games (not really). You sit inside these autonomous cars and everything from the outside is digitised and brought to your goggles. Then you can just gesture and do other magical things and the car’s systems will respond accordingly. All this will be possible, according to Mercedes-Benz, thanks to some intelligent cameras and radars. 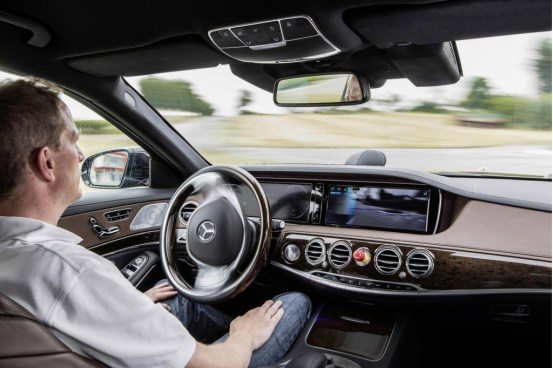 On the S500 Intelligent Drive concept, for example, there are radars that scan the surroundings of the vehicle at up to 25 times per second and to range of 650 feet. The array of systems in this car are so good, that they can not only scan moving objects with incredible precision, but also keep a track of their speeds. Mercedes-Benz says, “Autonomous vehicles will become commonplace and socially accepted in the cities of the future. With the new luxury-class interior concept, the car of the future will become… a variable and private area of retreat in increasingly dense urban traffic. By virtue of this new form of travel, the occupants of autonomous vehicles will have the freedom to put their time spent travelling to even more varied use.”

Whatever happens in the world of autonomous vehicles, you can rest assure that Mercedes-Benz will be the spearhead of it all. What is your take on autonomous vehicles and their future on our congested roads? Write down your opinions and thoughts in the comments section below.