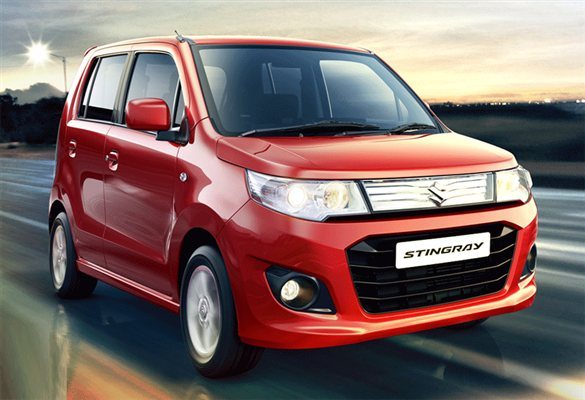 Powering the Maruti Suzuki Wagon R is the same 1.0-litre K10 petrol motor which powers the Celerio and Alto K10. The engine will be connected to the same five-speed automated manual gearbox which also channels power in the Celerio and Alto K10 auto versions. With the same AMT box used on three models, Maruti Suzuki is able to keep the costs low. With the AMT trend catching up, the car maker is leaving no stone untunred to cash on it.

Currently, Maruti receives around 3,500 AMT kits from its Italian supplier Magnetti Marelli for the Celerio and Alto. While this is insufficient to keep up with the growing demand for AMT models, Maruti Suzuki is in talks to increase supply in order to sustain high demand. The carmaker is expecting a monthly supply of around 5,000 kits soon. The Wagon R Stingray AMT will likely command a premium of INR 30,000-35,000 over the manual version.

What do you have to say about the Wagon R Stingray AMT ? Let us know your thoughts in the comments section below.