Jacked-up, go anywhere station wagons are a thing now. India too, got its first taste of the new niche segment when Volvo launched the V90 Cross Country last week. German rivals Mercedes already have their own soft-roading station wagon in international markets in the form of the E-Class All-Terrain but one person at the design team was not satisfied with the outcome. So he decided to add the portal axles that make the G-Class and the Unimog invincible to the mix. Why, you ask? Because why the hell not? 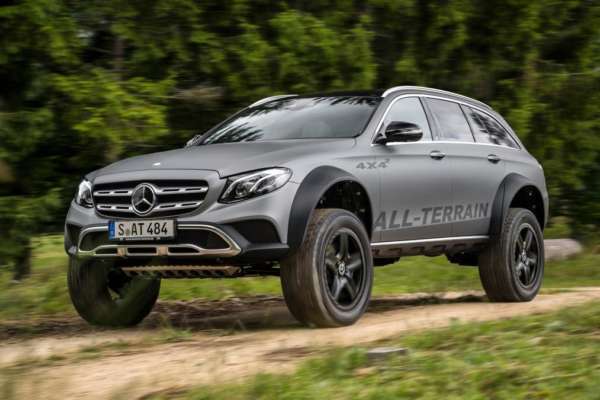 Jürgen Eberle, who had been involved in the development of the original All-Terrain E started the project as a hobby. Initially, he had planned to raise the ground clearance by just a bit so that it could go further down the trail. He managed to do so by raising the car by about 40mm and adding some plastic cladding all around to suit the new-found purpose of the E. 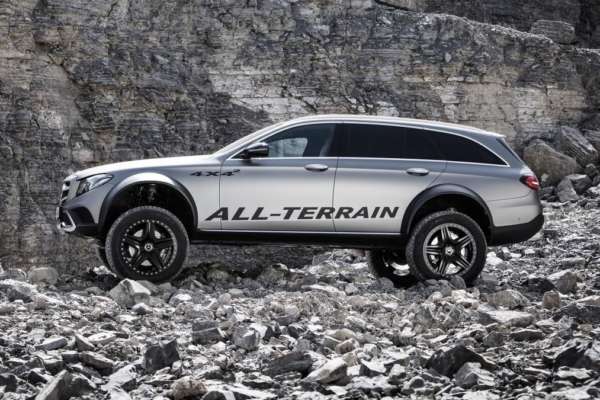 However, where normal engineers would have headed out for a beer to celebrate a job well done, Eberle went back to the drawing board as he felt that he could push this project even further. That’s when he thought of adding the portal axles from the G-Class 4×4 Squared to the E. 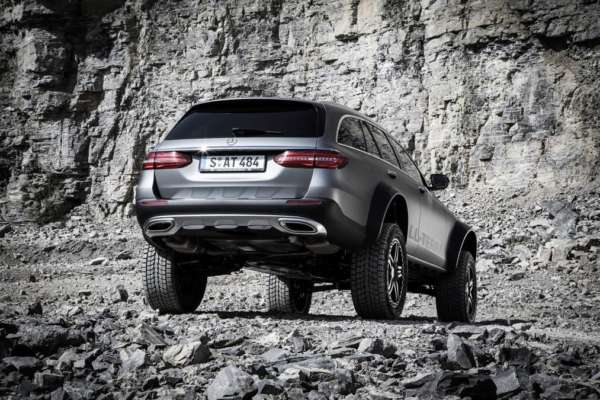 He approached his seniors at Mercedes and they thought that it would be an incredible idea to see if the legendary off-roading prowess of the G could be passed down the product range and they gladly agreed to fund his project. And you thought that the Germans had no sense of humour, did you? 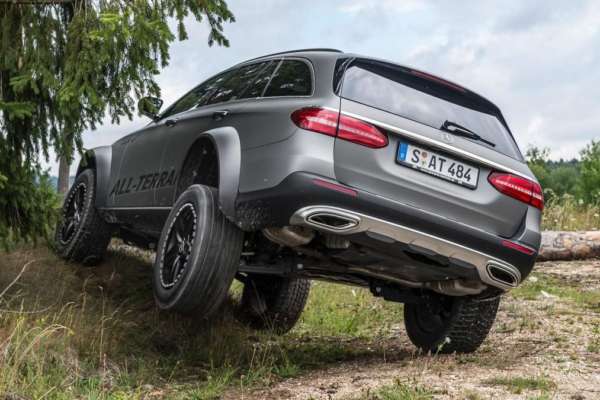 Eberle set to work with a small team of engineers. They sneaked out some parts off the G-Class shelf and made suitable modifications to the body to accommodate the bigger axles. The wheels were replaced with solid 20-inch rims shod with knobbly tires. The increased track-width also necessitated the addition of new wheel-arch extensions – made from carbon fibre, of course. 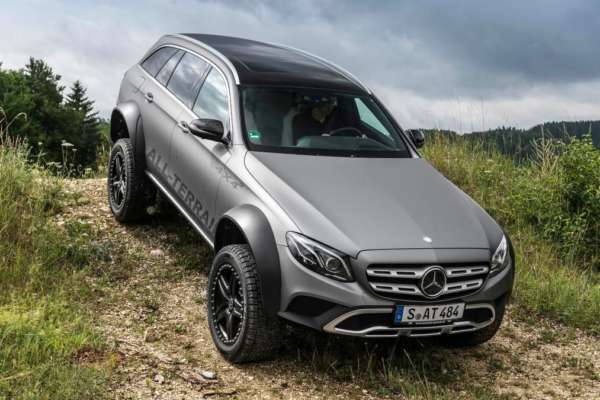 They also ditched the standard 2.0 Litre four-cylinder diesel engine for a bigger 3.0 Litre turbocharged Petrol motor, making it the only E-Class All-Terrain on the road without an oil-burner under the hood. The car retained the genius 4MATIC All-Wheel Drive system and the luxurious high-tech interiors that the E-Class is famous for. 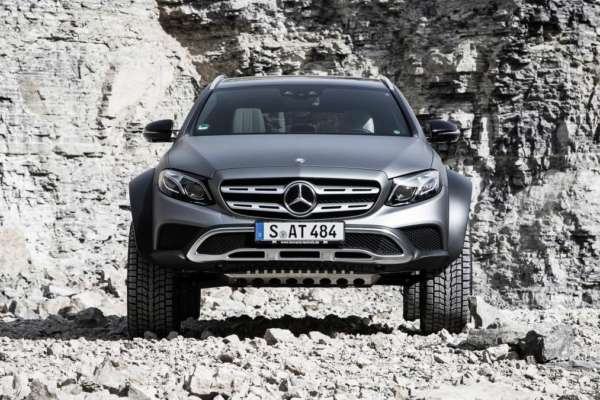 It does have its limits, though, as it does not come with a low-range gearbox or locking diffs at both the axles but for most off-roading tasks, the crazy 420 mm ground clearance and 500 mm wading depth are more than sufficient. 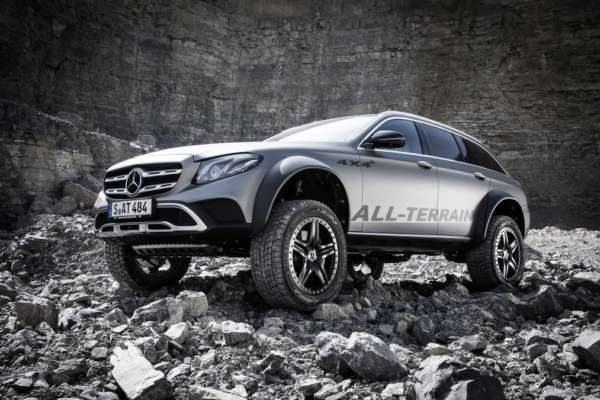 The response of the public for the project has been so overwhelming that now the top bosses at Mercedes are actually thinking of putting a limited number of these monsters into production. This would make it the next model to follow in the footsteps of the bonkers G500 4×4^2 and the even nuttier G63 6×6. We, most certainly, approve.