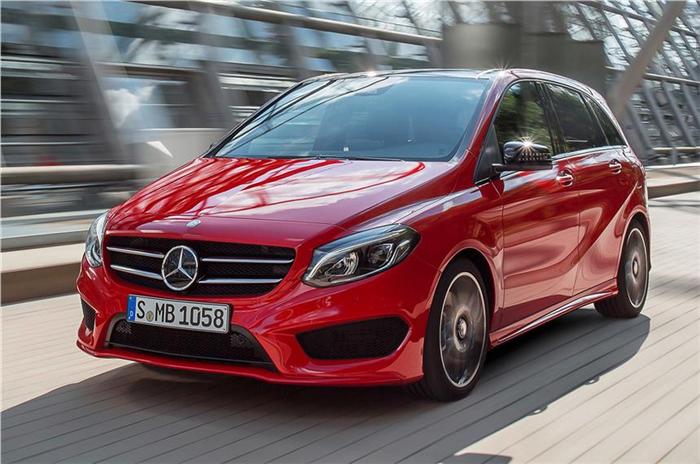 After launching the B-Class in the Indian market in 2012, Mercedes-Benz India is gearing up to launch the B-class facelift on March 11, 2015. The 2015 B-Class gets some minor revisions on the inside as well as outside. 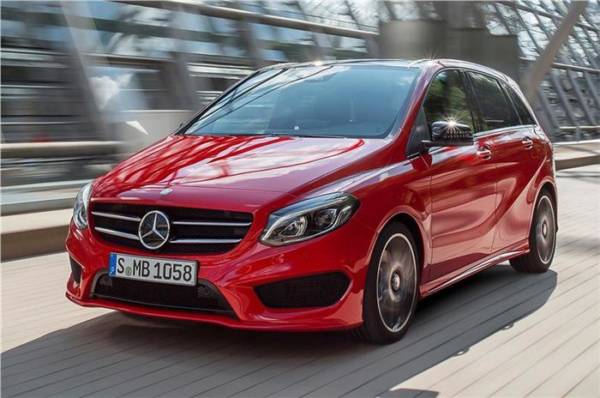 Speaking of the changes on the outside, the B-Class facelift gets new headlamps. Also, the car gets larger air dams and refreshed front and rear bumpers. At the rear, the facelifted model has been bestowed with new tail lamps and chrome strip above the registration plate. 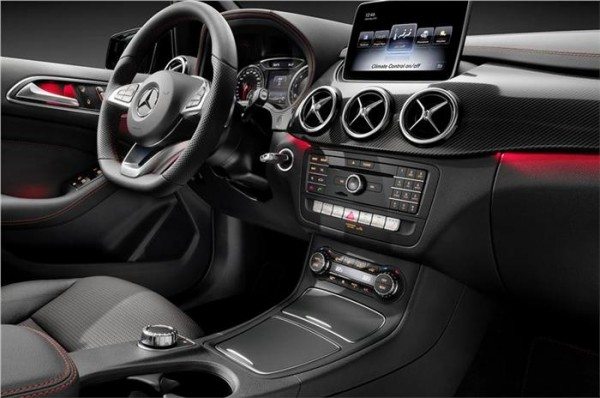 On the interior front, the model gets a new 8 inch touch screen infotainment system. The multi-function steering wheel is also new and the ambient lighting package is now available with 12 colors for the driver to choose from. 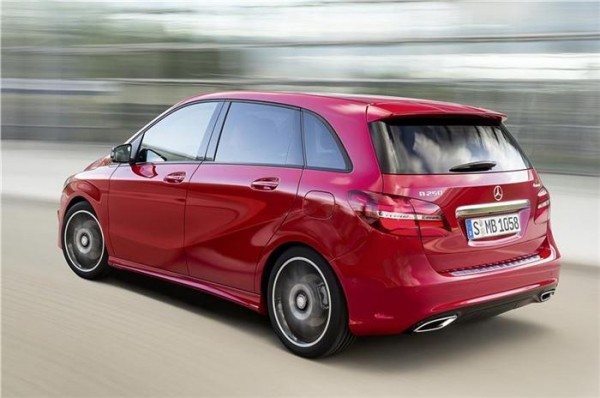 Powering the facelifted model will be the same engines found on the outgoing model. The petrol motor is a 1.6 liter-4 cylinder turbocharged mill which cranks out 120 bhp and 200 Nm  of twist. The diesel engine is the 2.2 liter-4 cylinder turbocharged oil burner which has been detuned to produce 108 bhp and 250 Nm of torque. Both engines channel power to the front wheels of the adventure tourer via 7 speed twin clutch automatic gearbox. As was the case with the outgoing model, it will continue to be sold via the CBU route.