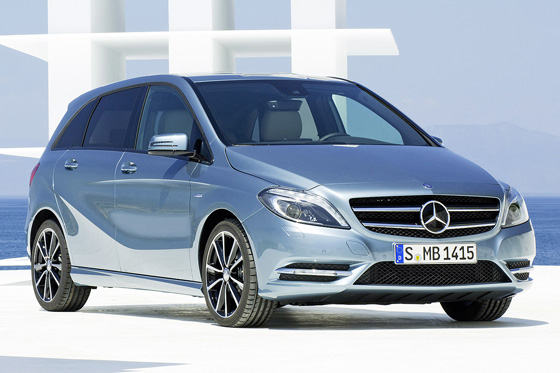 Frankfurt Motor Show is going to play host to a plethora of exciting launches. There is still some time to go before the show goes underway, but images and information about cars still under wraps is leaking out already. The latest to join the list of these leaks is the Mercedes-Benz B-class. The new hatch from M-B which is expected to be launched in India as well, promises to take the luxury segment to the masses along with its A-class sibling.

The leaked image shows daytime running LEDs above the car’s headlamps, the signature M-B family crease culminating into the fender, ORVM mounted turn signal lights and a bold front grille-bumper combo. The car seems to be quite big for a hatch and promises to have plenty of space within its cabin. Mercedes-Benz had officially revealed the images of the car’s interior some while ago, showcasing what the latest gen M-B vehicles would look like from inside.

Here are the official B-class images released by Mercedes-Benz earlier.