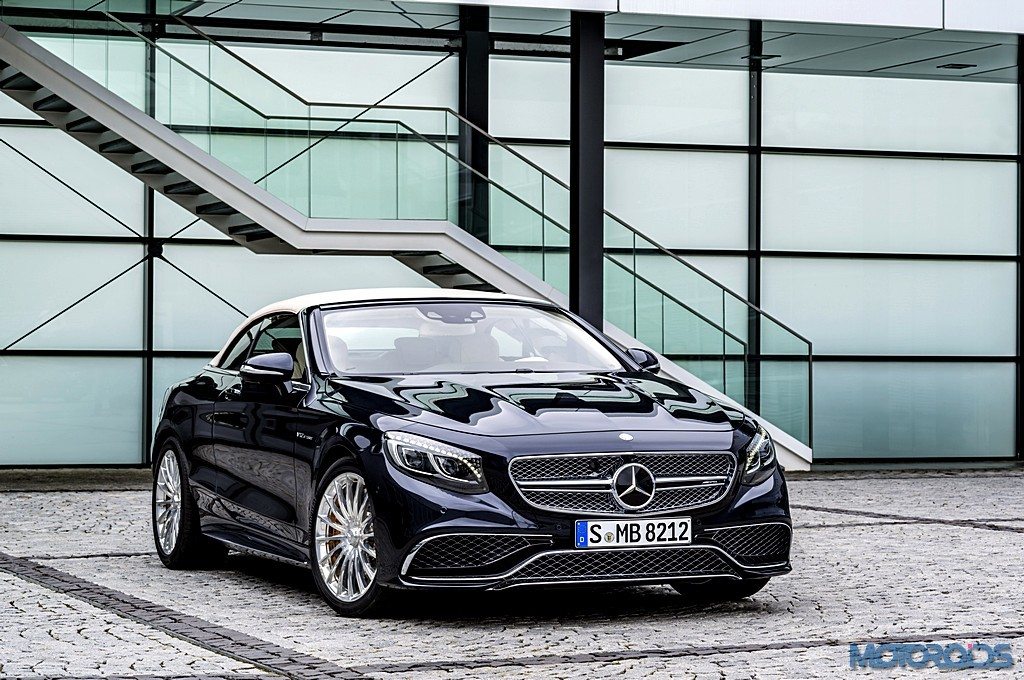 If you particularly rich, but being warm and fuzzy all the time isn’t your thing, Mercedes-Benz will happily offer one of their expensive, open topped wares to settle for a sublime wind-in-your-hair motoring experience. But the very best of the lot, the cream puff, has just been unveiled, and its called the Mercedes-AMG S65 Cabriolet. The S-Class Cabriolet, fastidiously doing its chore catering to well-heeled customers in search of posh motoring with the roof down, was, until now available in two derivatives – the S 500 Cabriolet and the S 63 Cabriolet. The S 65 Cabriolet is the third, and the mightiest and poshest of them all. 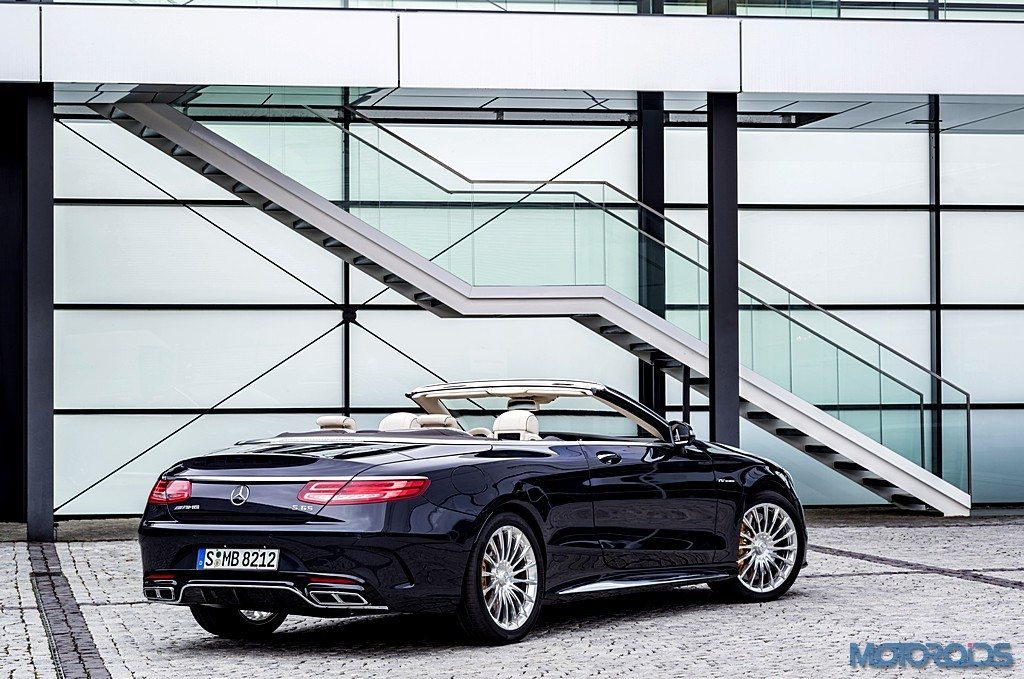 Its 6.0‑litre V12 biturbo engine is good for 630 hp and 1,000 Nm of torque, enough for this opulent land yacht to sprint from 0 to 100 km/h in 4.1 seconds, while the the top speed is electronically limited to 250 km/h (300 km/h with the AMG Driver’s package). Transmission duties are carried out by a 7-speed automatic transmission, while the S 65 Cabrio rides on a sport suspension set-up tuned by AMG. In case you’re worried about the fast paced velocity’s effects in an open car on the three other occupants apart from yourself, there’s an automatic wind protection system, a neck-level heating system, heated armrests and intelligent climate control. The three-layered acoustic fabric soft top, which takes around 17 seconds to open and close, is available in four colours, and has an interior lining in nappa leather. 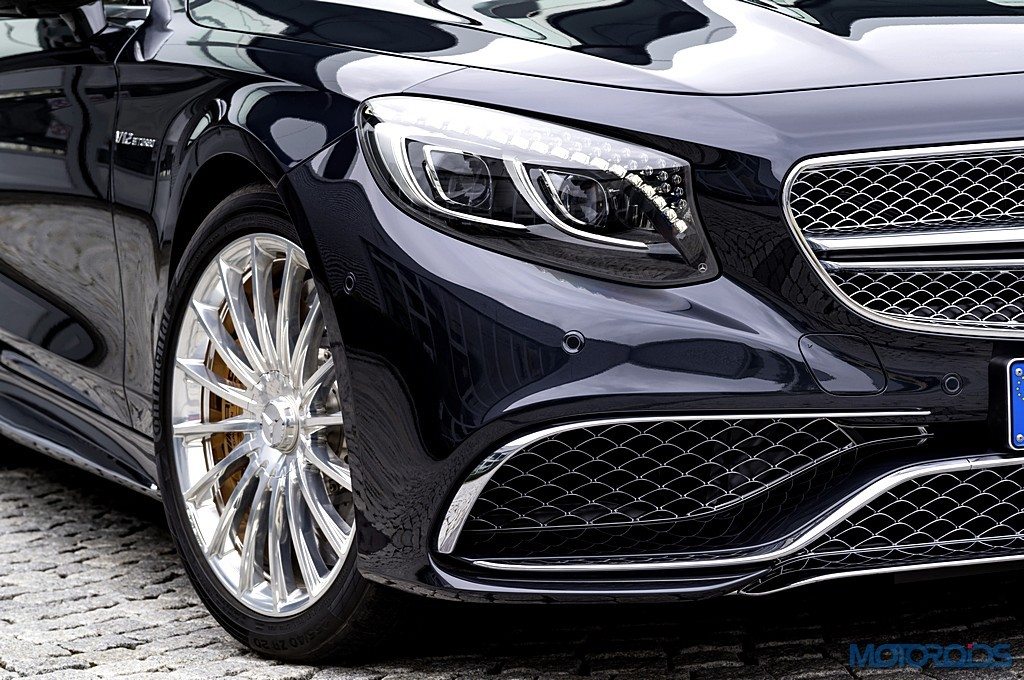 On the outside, V12-specific features include the numerous design elements in high-sheen chrome at the front, sides and rear, which contrast with dark paint finishes. The large central Mercedes star on the front apron, the “twin blade” radiator grille, all of the air intake grilles, the trim strip on the “A-wing”, the side flics (air deflector elements) and the front splitter are in high-sheen chrome. At the sides, “V12 BITURBO” lettering on the wings and the high-sheen chrome inserts in the side skirts, along with the ceramic high-sheen multi-spoke forged wheels give the S 65 Cabriolet’s identity away. 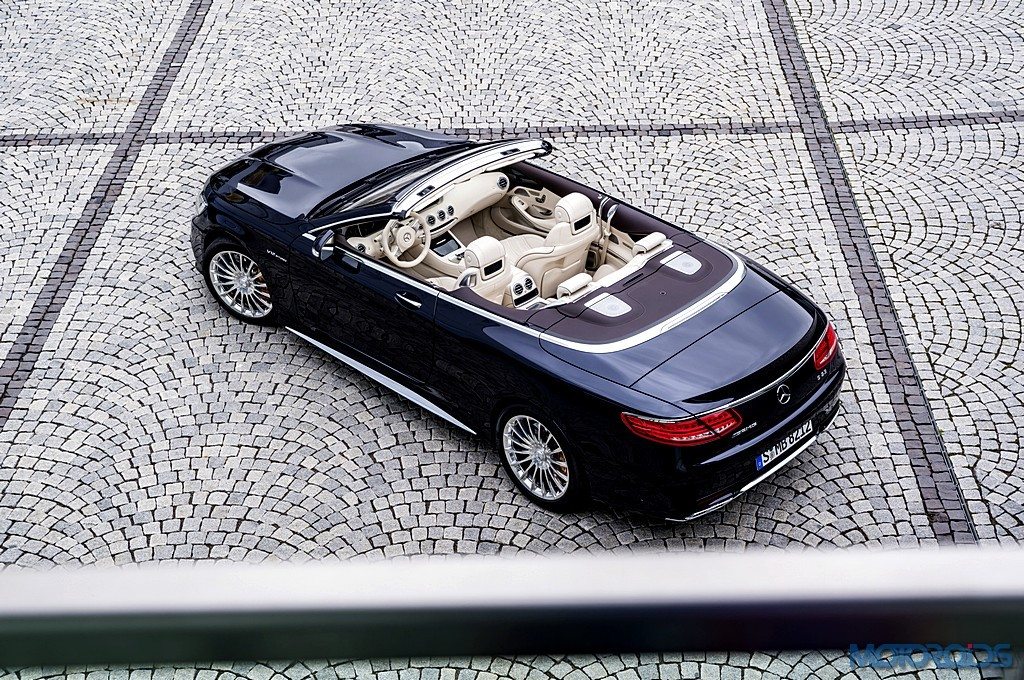 Inside, the S 65 Cabriolet smells and looks very, very rich. The sport seats are trimmed in nappa leather and feature a model-specific diamond-pattern layout. The perforations deliberately avoid the areas where stitching features in the nappa leather. Electric adjustment, a memory function and seat climatisation are standard features. Mercedes-Benz would like to add that no other car manufacturer in the world offers such a wide portfolio of 12-cylinder models as Mercedes-AMG, which include the S 65 Saloon, SL 65 Roadster, G 65 off-roader and S 65 Coupé and the new S 65 Cabriolet. In the UK, the Mercedes-AMG S 65 Cabriolet can be ordered from 4 April 2016, with the first cars in Mercedes-Benz retailers in the summer. 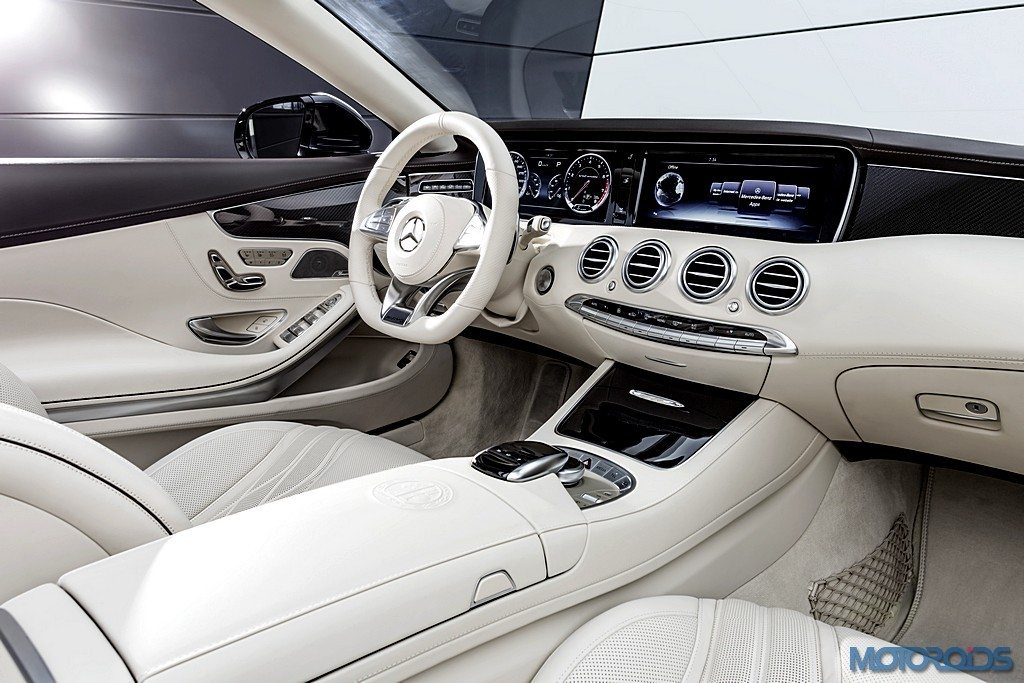