The C63 AMG family of insanely powered cars will now be making room for yet another, the upcoming Mercedes- AMG C63 Coupé. The German carmaker has now officially released images of this stylish coupé, which will make its official public debut in September, at the 2015 Frankfurt Motor Show. 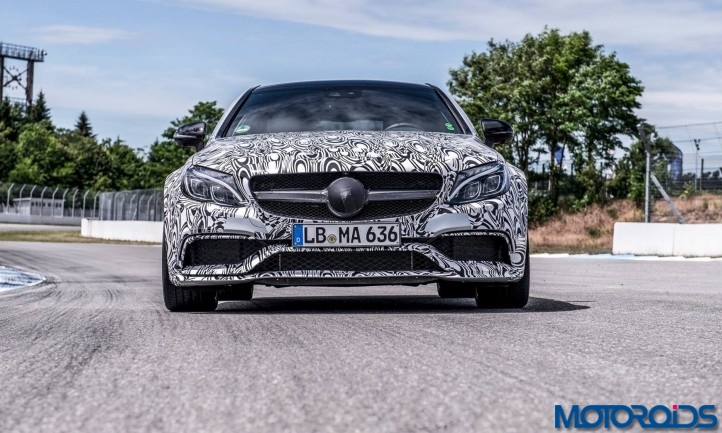 Though these are the official photos from Mercedes-Benz, the car itself has been kept well under wraps. That said, Mercedes has tweaked the exterior (slightly) to differentiate this coupé from its siblings. Revisions have been made to the front end, where the Mercedes-AMG C63 Coupé gets a reworked front air dam, a slightly meatier-looking bonnet, and the biggest visual difference (at least for now) is the addition of a rear spoiler. More importantly, the Mercedes-AMG C63 Coupé is now lighter than before, though marginally bigger in its dimensions. 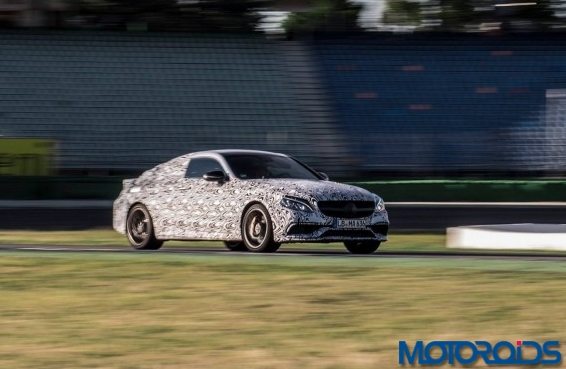 Like its snarling 4-door saloon sibling, the Mercedes-AMG C63 Coupé will come with the same engine. This handcrafted AMG creation comes in two guises, both featuring a 4.0-litre twin turbo V8 at the crux. The standard edition will produce 476hp and 650 Nm of torque; the C63 Coupé S’ heart will belt out a stomping 510hp and 700 Nm of shove! The power from this motor will be sent to the rear wheels via a reworked 7-speed transmission, which will also come with paddle shifters. Mercedes-Benz has also tweaked the suspension setup of the Coupé, thus making it even sportier than the saloon variant. 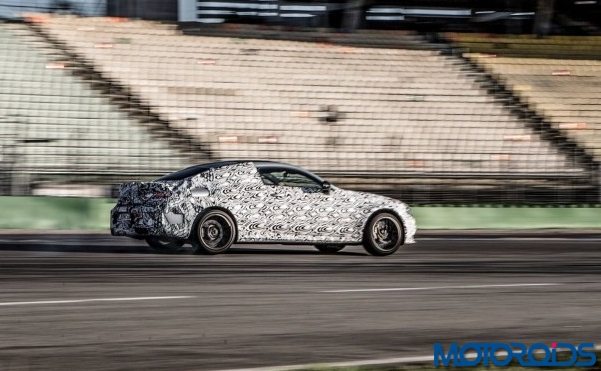 The Mercedes-AMG C63 Coupé could now hit the tonne mark in under 4 seconds, and top speed should be north of 300 klicks. Mercedes-Benz is also working on a convertible version of the C63 Coupé, which could show itself in 2016.