Home Features Meet the life size Darth Car- and it cranks out 526 bhp! 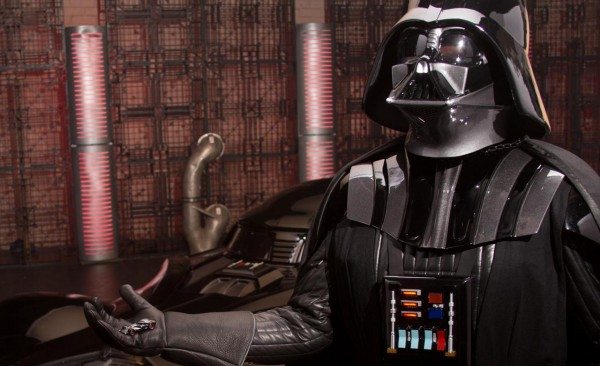 Inspired by Darth Vader, Mattel has released a special edition Hot wheels car at Comic-Con 2014. Priced at $40- the Darth Car is a result of the partnership between Hot Wheels and Star Wars and would be available for sale at stores from October this year. At present, the toy car could only be bought at Comic-Con at the aforesaid price. OK, enough of toy stories. 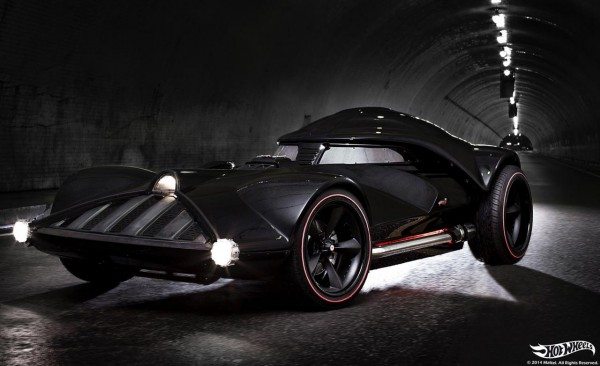 The exciting part of the toy launch is that Mattel has custom built a real life replica of the Darth Car. And before you think it’s just a showcase exhibit- it houses a 6.2 litre V8 Corvette C6 engine under the hood cranking out an enough 526 bhp. Gear shifts are handled via a six speed manual gearbox and the Darth Car even in the non-aerodynamic friendly avatar is able to hit speeds of 150 mph (240 kph). We can’t vouch on the handling though. Oh yes, there is a hand actuated rear brake lever connected to the rear axle which apart from steering the car can satisfy your drifting instincts. 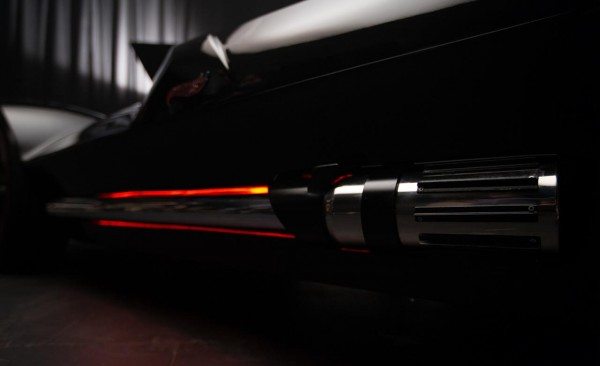 The front grille, windscreen and the cockpit resemble the helmet of Darth Vader with the hood plate resembling Vader’s suite. It also features side missiles (no, they don’t fire) constructed of stainless steel with the side exhausts mimicking Vader’s red lightsaber- and they light up too. The cockpit of the car opens up similar to Vader’s helmet and if that wasn’t enough- the Darth Car even breathes like Vader. Mattel has incorporated Star War Audio effects into the Darth Car which can be controlled by an iPad. A smoke device has been put in place to emit white smoke when the hatch is opened. Too much huh! 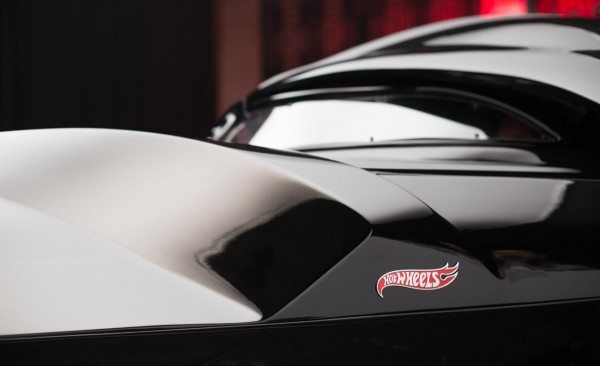 The sad part- it’s a one-off creation and is not for sale. If you still want one- there’s nothing but to satisfy yourself with the toy scale. But you aren’t getting that either now or at least not till October by when your kind friend travelling from the States might probably get you one.

As for now, all you can do is satisfy yourself watching this video.