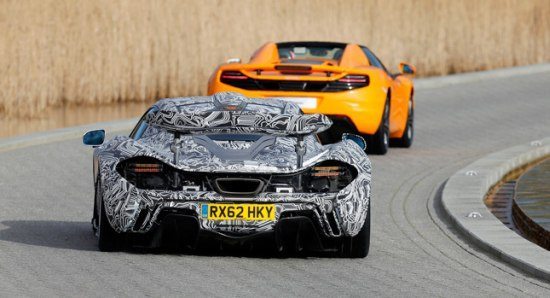 The McLaren F1 has to be among the most famous of road going sports cars ever. Ever since the existence of the McLaren F1, hopes have been high from the famous performance car maker. With the launch of the latest McLaren supercar, McLaren has further raised the bar for itself.

It has now emerged that the McLaren is planning to come up with a sub-12C model to battle it out against the Porshce 911. The car might be christened as the McLaren P13. As per popular publication MotorTrend, the P13 will be launched with an annual sales target of 2,000 to 2,500 units. The car will cost around $200,000 and will be positioned lower to the MP4-12C. The P13 might become McLaren’s highest selling car ever and will play a key role in bringing volumes to the performance car maker.

Powering the McLaren P13 might be a detuned version of the twin-turbo V8 engine that powers the 12C. The engine will belt out a little less than 500 hp.

Visually, the P13 will borrow many design cues from the P1. The McLaren P13 will be launched in 2014.