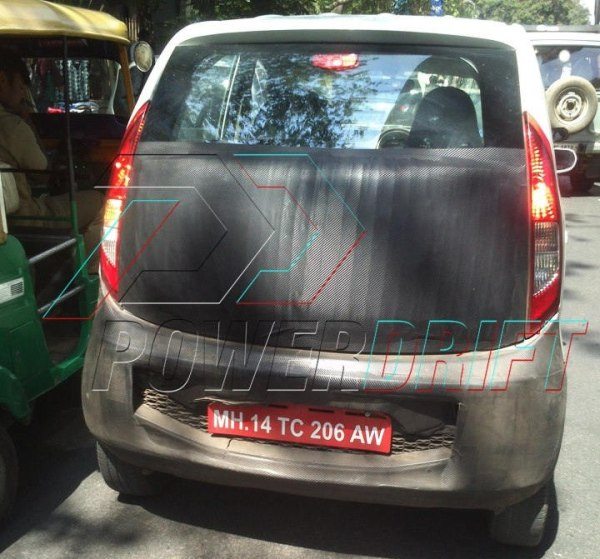 The Tata Nano diesel has to be the most eagerly awaited car launches of recent times. The car has been in news ever since it first emerged that Indian auto giant Tata Motors is busy developing an extremely frugal diesel engine variant of its entry level hatchback. The test mules of this car have been spotted testing on numerous occasions and one such test mule was recently spotted in Bangalore.

While the Nano diesel looks similar to the petrol variant, the distinctive diesel engine clatter helped the photographer with recognizing that the car has a diesel powered heart.

It may be noted that Tata Nano hasn’t really managed to capture the imagination of the car buying lot and has been posting dismal numbers on the sales charts. Tata Motors could manage to sell only 1,700 units of the Nano in last three months.

Powering the Tata Nano diesel will be an 800 cc motor that will sport a Honeywell turbocharger for forced induction. It is being said that the motor will be mated to an improved version of the greabox that is on duty in the Tata Ace. Coupled with a 15 liter fuel tank, Tata Nano diesel should easily have a range of about 550-600 kms on a tank full of diesel!