When a motorcycle is born out of sheer feedback from customers, by listening to their needs and wants, it makes for a machine which ticks all the right boxes. The New KTM 790 Adventure R is just that. So what were these customers saying? One says, ” I want to test my own limits, not the the limits of the bike.” Another one goes, “1,000 kms in one day brings a lot of things. At the end of the day, you can write a book, which you would’ve otherwise written in 15 days!” There’s one more chap who says, “Streets are just a way to get to the fun bits. We ride where other bikes can’t get through. We fall over, we crash, and the bike has to be rugged. So that we can just pick it up, and Go!” 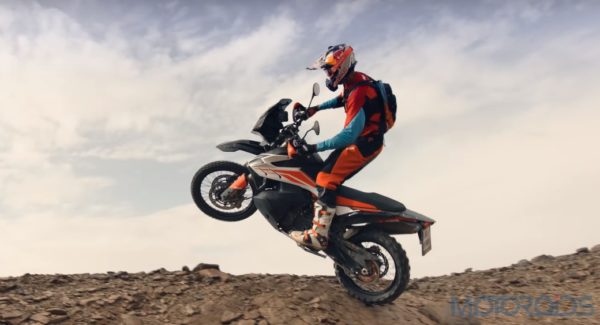 What else did these people want? “800cc, long travel suspension, good range, rally bike feel, lightweight and a bike which encompasses all of KTM’s experience from their off road dominance.” Since the bike was built after taking all this feedback from serious riders from the adventure community, it is an indication that the KTM 790 Adventure R must be a seriously capable motorcycle. 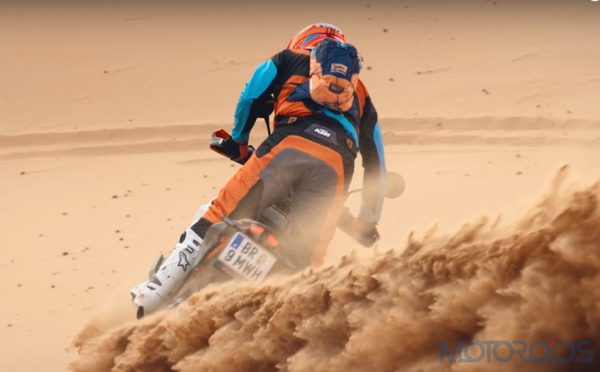 Touted as an ultimate adventure bike, the KTM 790 Adventure R promises accomplished offroad agility and the lightness of a single, with twin-cylinder power. Built with the hardcore adventurer in focus, the bike weighs 189 kilos (dry) and that 799cc, LC8c motor pumps out 95 hp, combined with modern electronics and a 6-speed sequential gearbox.

Two balancer shafts keep vibration to a minimum and special efforts were made to have the airfilter easily accessible for cleaning and servicing while on a ride. As a result, the airbox is located under the seat for easy access, with the intake at the rear of the bike to aid in the overall packaging of the motorcycle. This also allowed the seat and tank to be remain low so that the bike could be made narrower in the leg area. 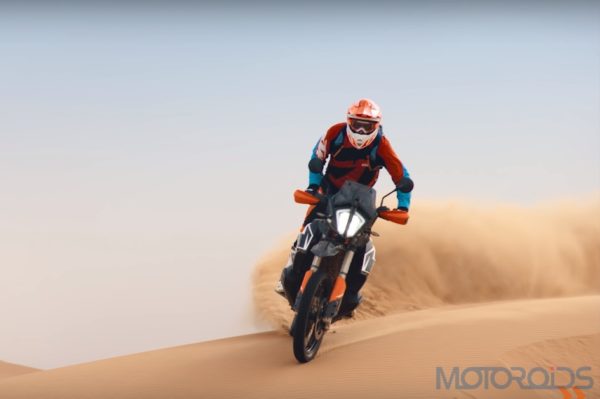 Those adjustable, WP Xplore 48mm forks and rear shock offer 240mm of travel at both ends, there’s a 320mm disc up front, and since rear brakes are always in focus on dirt, there’s a 260mm disc at the back. What else? 263 mm of clearance, an estimated 400 km range, 21″ and 18″ spoked wheels at the front and back, and a seriously long service interval of 15,000 kms! The handlebar offers 30mm of adjustment range and you get all-terrain pegs with removable rubber inserts. 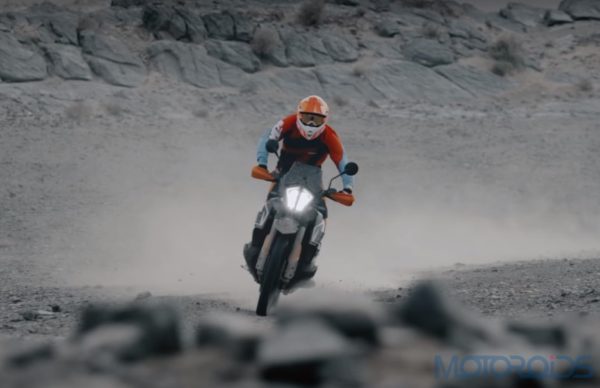 The 790 Adventure R gets KTM’s Offroad ABS, which cuts governance of the rear wheel and reduces intervention at the front. There’s a Rally Mode, which allows 9 levels of Slip adjustment for all kinds of skillsets, an off-road ride mode, cornering ABS and a lean angle sensitive traction control system with the option to spec the bike with cruise control and a two-way quickshifter! 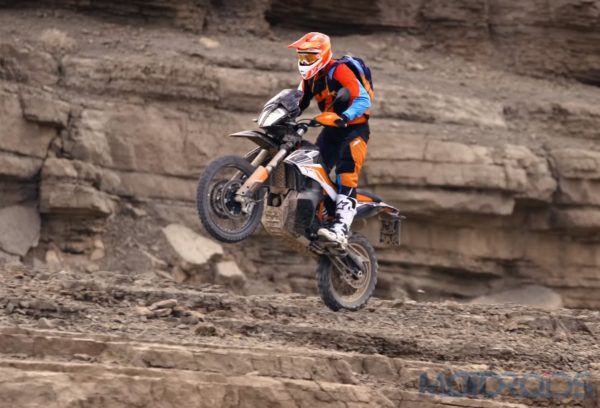 To complete the picture, the new KTM 790 Adventure sits bang in between the bike maker’s extreme Enduro bikes and their big-bore 1090 and 1290 Adventure machines. Rumour has it that this machine could make it to our shores, following the footsteps of the 790 Duke. And we so wish it does, because we all know that for coming from KTM, this could be the biggest bang for our buck, if it makes it here. What about the KTM Adventure 390? Nobody knows much about it. However, whenever the 390 makes it, this 790 could be such natural progression within the family.