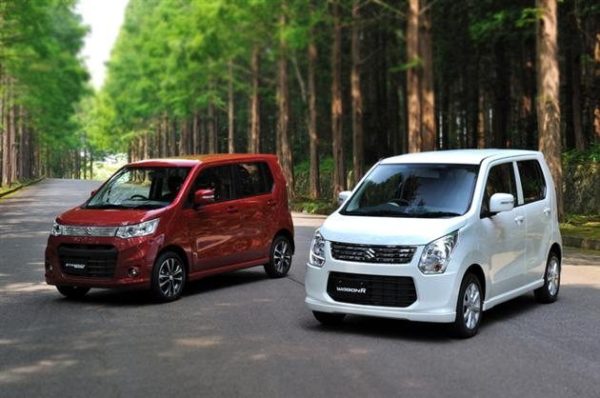 Maruti Suzuki India Ltd, the largest selling car makewr of our country, will be seen launching the much discussed Stingray variant of its popular tall boy, the Wagon R, in Indian car market. The Maruti Wagon R Stingray has already been spotted on numerous occasions and Maruti has now released the teaser video of the soon-to-be-launched variant of the Wagon R.

As we saw in various spy pics that have been doing rounds on the cyber space, the upcoming Maruti Wagon R Stingray sports a totally revised front fascia that consists of a sleeker grille, stylish headlamps which a contain projector setup each, a revised bonnet and a new front bumper that seems to have taken design cues from that of the Alto 800.  The Stingray also gets new design alloy wheels and a slightly revised rear end.

On the inside, the car boasts of all-black panels and upholstery and seems to have got a longer equipment list. This list includes features like audio controls for steering wheel, updated ICE, et al.

The India spec Wagon R Stingray is powered by the same 1.0-liter K Series 3 pot petrol engine that powers the standard variants of the Wagon R. This engine boasts of a max power of 68PS and a peak torque of 90Nm. While we would have liked the Stingray to come with better throttle response and slightly better acceleration, it is belived that the performance would be same as the standard models.

The upcoming Maruti Wagon R Stingray could be slightly pricier, with a premium that could be pegged at INR 45,000-50,000 over that of the regular Wagon R.

We guess that the Wagon R Stingray would be promoted as a ‘sporty’ variant of the Wagon R. The Stingray does look smarter than the regular Wagon R and this means that the upcoming variant could appeal more to the youngsters, who have so far remained away from the car due to its boxy styling and uninspiring looks.