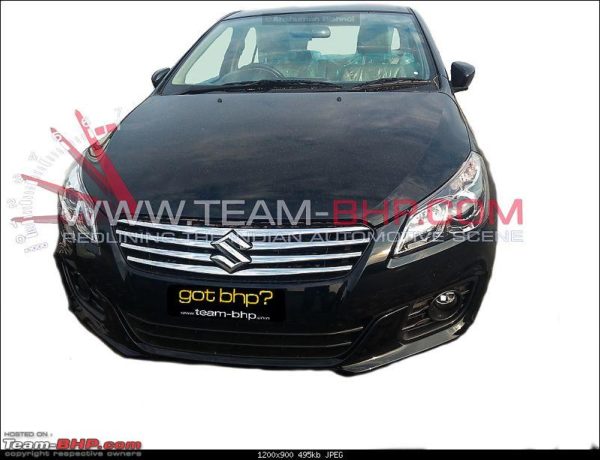 The boffins at Team-BHP are at it again! Just few days after they first came up with information and rough-hand sketches of the upcoming YL1 sedan from Maruti Suzuki, they have posted un-camouflaged pics of the upcoming Maruti YL1 Sedan. The car that has been spotted is the LDi- the entry level variant. 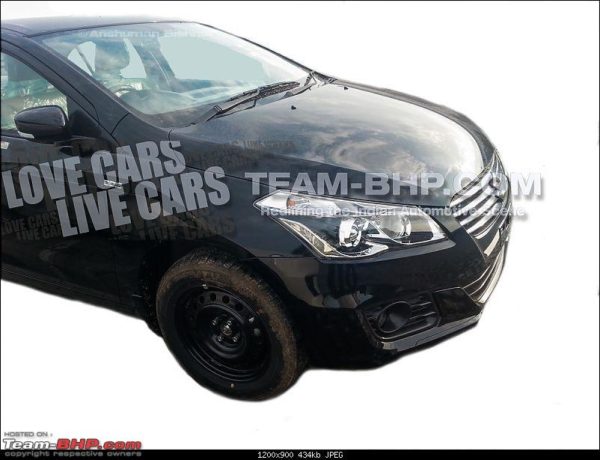 The YL1 would be the logical successor to the not-so-popular SX4 sedan and could be launched in late 2014. The YL1 will share its platform with the Maruti Suzuki Ertiga MPV, whose platform is in-turn based on the Swift’s platform. As can be made out from the above images, the upcoming Maruti Suzuki YL1 has borrowed plenty of design cues from the Suzuki Authentics concept that was unveiled in Shanghai earlier this year. 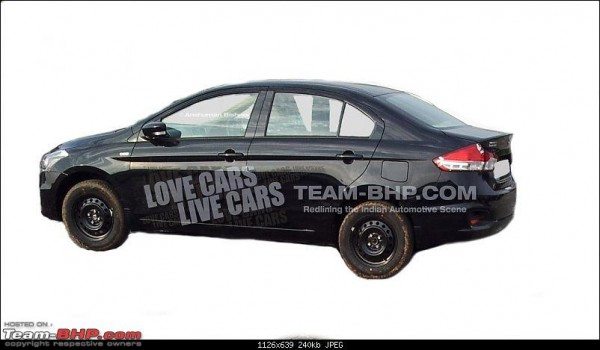 It has emerged that unlike what was being said earlier, the YL1 won’t be positioned as an entry level D segment sedan and would instead battle it out against the Honda City, the Hyundai Verna, the Skoda Rapid and the likes.

The car will be launched in both petrol and diesel engine variants. While the diesel engine would be carried over from the SX4 sedan, the petrol engine, the 1.4 litres motor, would come from the Ertiga MPV. 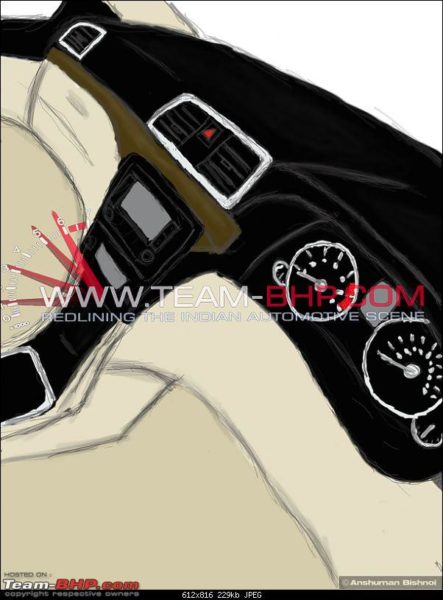 There are good chances that the YL1’s interiors would be seen borrowing many bits from both the SX4 and the Ertiga and we expect the car to feature a similar steering wheel and aircon vents.

The features list of the YL1 is likely to include 15 inch alloy wheels, keyless entry, push button start, puddle lamps and leather seats.

It isn’t yet for sure but there are good chances that the advent of YL1 would see the SX4 sedan being made cheaper and a budget end offering.

The YL1 sedan would be slightly pricier than the SX4 but we feel that modern engines, fresh design and a longer equipment list could very well justify the higher price tag.

Here are some key pointers from the latest findings on the upcoming Maruti Suzuki YL1: