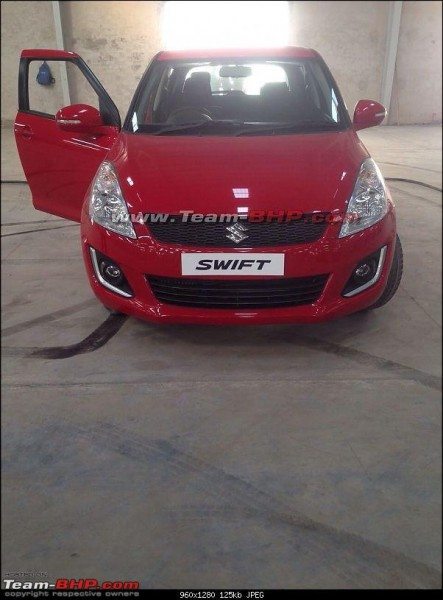 We were easily among the first one’s to bring you the pictures of the Maruti Suzuki Swift’s interiors (clicked in India). Now, the car has been spied inside out. The location where the pictures have been clicked seems like the one where the commercial has been shot for the facelifted model.

As can be seen the images, the Maruti Swift facelift gets Daytime Running Lights. The lower air dam is now a bit larger in size and the car also gets new alloy wheels. The exterior changes to car are limited to these. Maruti Suzuki will be adding a few more gadgetry to the car to have an upper hand over the competition. The Swift sold in other markets gets rear disc brakes too which might be offered on the India-spec model too. The engine start/stop button is clearly visible in the interior pic here. 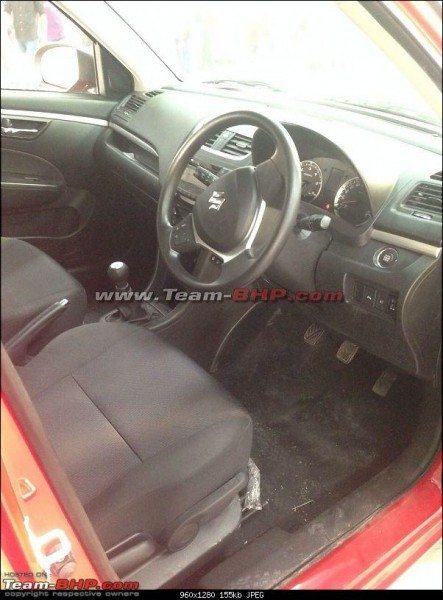 The Maruti Suzuki Swift facelift gets the following features : 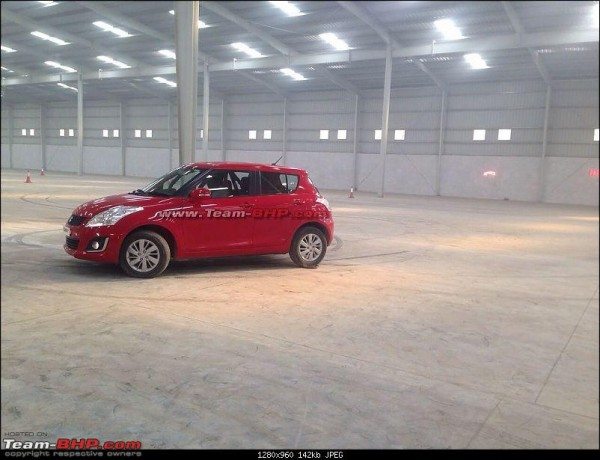 On the mechanical front, Maruti Suzuki will continue the same 1.2 liter petrol and 1.3 liter diesel mills on the car with some tweaks for an improved fuel efficiency. Also, reports have suggested the car will be getting an automatic transmission variant too.

With the ongoing festive season, Maruti Suzuki might just launch the Swift facelift in a week or two to cash in on the surge in the car sales during the festive season.

Maruti Suzuki
,
Maruti Suzuki Swift
,
News
,
Motoroids Comments
Facebook Comments
Leave a Reply Cancel reply
Popular Stories
Hyundai Creta 7-Seater Version: What Could It Be Like?...
Kawasaki Ninja H2 Gets Badly Hurt After Supercharged Rider Makes A Mistake...
TVS Motor Company And Sundaram Clayton To Spend INR 30 Crore To Fight The Virus...
Tom Cruise Mounts A Made-In-India Motorcycle For Next Mission Impossible Instalm...
Innovation In The Time Of Crisis, Only To Get Home...