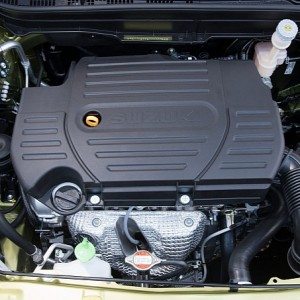 It has emerged that popular Indian car maker Maruti Suzuki is working on coming up with a range of new diesel engines which will consist of motors with cubic-capacity ranging from 0.8 litres to 1.6 litres.

MSIL is likely to first introduce the new 0.8 litre motor, which will have a twin cylinder configuration and would power the Carry LCV. This motor is also likely to find a home under the hood of small hatchbacks such as the Alto 800 and the gen next AStar.

Soon after, MSIL will introduce a new three-cylinder 1.2-liter oil burner which would power the Swift hatchback and the likes. Regulars here would remember that we reported when a Swift test mule, equipped with this motor and some added features, was recently spotted in the Gurgaon. The onslaught of new age diesel motors won’t stop here as MSIL will next launch four-cylinder 1.4-liter and 1.6-liter units that would power cars such as the Ertiga and the SX4 sedan replacement.

With the introduction of these engines, MSIL would no longer have to look at Fiat for sourcing diesel powerplants. It may be noted that currently, as many as five models in Maruti’s product portfolio are powered by Fiat sourced Multijet diesel motors and replacing these with Suzuki branded motors would mean that MSIL would no longer need to pay royalty to Fiat. This would also mean that the car maker could price its cars ultra competitively.

The 800cc diesel motor, which would result into the advent of Alto 800 diesel variant, would make its debut late next year. The bigger 1.2 litre motor would be out only by 2015 and safely expect the four cylinder units to be launched in 2016.