Maruti Suzuki India Ltd will be soon launching the Ciaz this festive season. While the company is busy shooting the commercial film for the Ciaz, our eagle eyed reader Mr. Nakul Jain has managed to film the upcoming Maruti Suzuki Cross somewhere in Chandigarh. 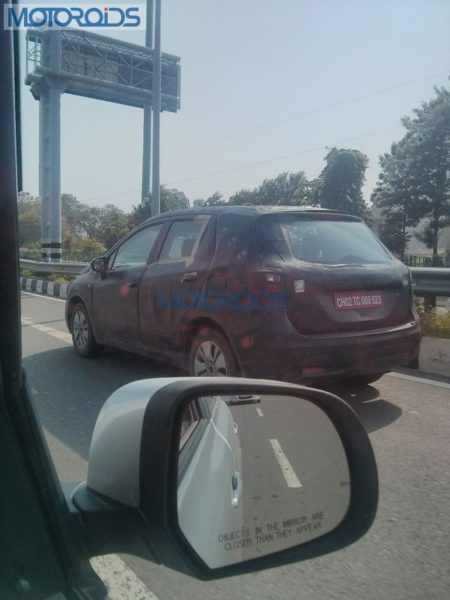 With the S-Cross, Maruti Suzuki will be making its entry into the rapidly growing mid-size crossover-SUV segment in India. Compared to the Euro spec model, Maruti Suzuki will be making a lot of changes to the car before launching it in the Indian market. While the Renault Duster with AWD will be launching in our market soon, the international markets get the Suzuki S-Cross with ‘Allgrip’ all-wheel-drive system but it is unclear whether the same will be offered in the India spec model. The S-Cross features off-roader characteristics like high ground clearance, black cladding all around and metal scuff plates at the front and rear.

In the interior spy images seen earlier, we could clearly see that the three spoke steering wheel has been carried over from the Dezire/Ertiga. The cabin features silver accents around the AC vents and the central console. The instrument cluster also reminds you of the one seen on the Maruti Suzuki Swift. This part sharing exercise will help Maruti to keep the costs in check and price the car competitvely in our price sensitive market. Also, the car will come loaded with many bell and whistles to have an upper hand over the competition. 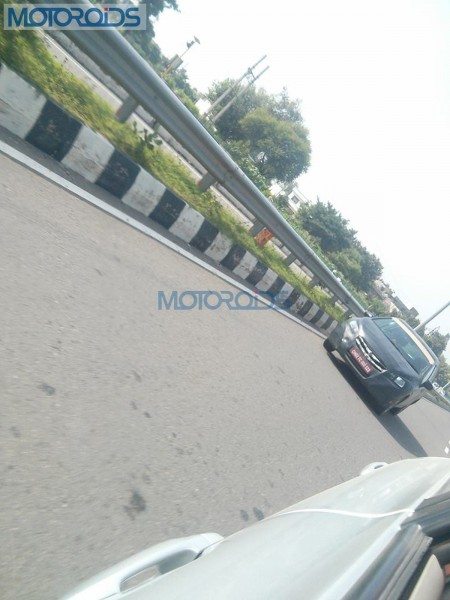 The Maruti Suzuki S-Cross is likely to be powered by a 1.6-liter, four-cylinder diesel engine. This unit will be sourced from Fiat, which also provides the 1.3 litre diesel motor to Maruti. This 1.6 liter mill will crank out 118bhp of max power and 320 Nm of peak torque, and is expected to be mated to a six-speed manual gearbox. 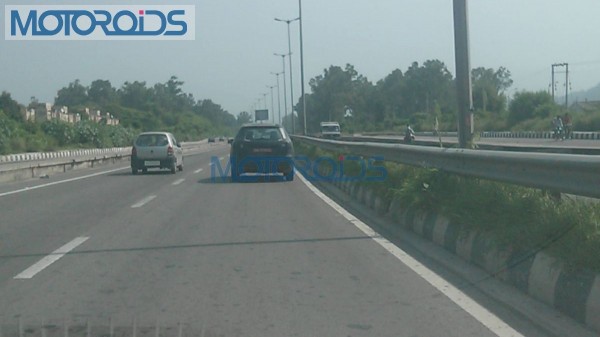 The S-Cross price is likely to be pegged at around INR 13-14 lakh when it launches next year and the upcoming vehicle will lock horns with the Nissan Terrano, Renault Duster, Ford Ecosport and the upcoming Hyundai ix25.