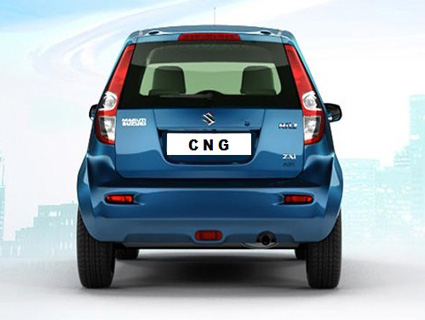 The Alto is the only car from the Maruti Suzuki stable that sports a CNG variant. The Alto will not feel lonely anymore as far as the CNG option is concerned. According to a report by Goa on Wheels, Maruti Suzuki will be launching the CNG versions of the Ritz and Estilo soon. With this move, the firm intends to grab a larger share of the CNG vehicle market which will prove beneficial owing to the rising fuel prices.
The launch of the CNG versions of the above mentioned cars would be just like icing over the cake as Maruti Suzuki has already been selling in good numbers and the firm is no doubt the king of the ‘Small Car’ segment. As of now, the firm will reportedly introduce CNG versions of the Ritz and Estilo only. After analyzing the response of their move, the firm may think of adding a CNG variant to more of its cars to start with, Maruti Suzuki Eeco.
However, CNG is not available nationwide which poses to be a problem. But the problem may not be big enough to worry Maruti Suzuki as CNG is available in major places like Mumbai, Delhi and Gujarat and will be available in more major metros across the country in the near future.
Source: Goa on Wheels