Maruti Suzuki partnered with The Danceworx, led by famous choreographer Ashley Lobo, for a signature dance routine. The flash mob performance was organized thrice a day, throughout the duration of the Auto Expo. Maruti Suzuki hopes to encourage car users, especially youth, to wear seat belts and contribute to make India’s roads safer.

Speaking on the occasion, R. S. Kalsi, Sr. Executive Director, Marketing and Sales, MSIL, said, “We are encouraged by the huge popularity of our #PehniKya? social campaign to promote seat belt usage among car occupants. The 360 campaign is designed to address the key factors for not wearing the seat belt which emerged from our national survey of car users.” 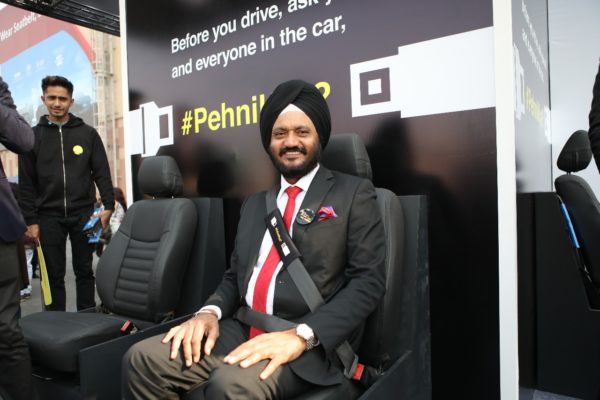 The #PehniKya campaign was kicked off in November, 2017 wherein Maruti Suzuki released insightful data on road-user behavior and their attitude towards wearing seat-belts. The data was accumulated from research and surveys conducted in 17 key cities, to assess the awareness levels and understand the challenges in the sparse usage of seat-belts in the country.