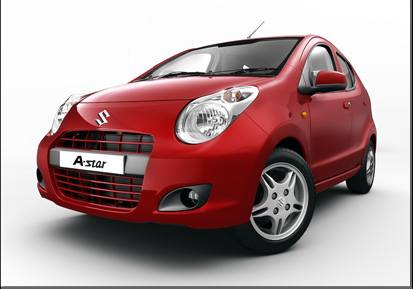 Indian car market leader Maruti Suzuki India Limited (MSIL) exported its one millionth vehicle yesterday. The one millionth car to leave Indian shores for foreign market turned out to be a glistening red A-star.  The chunky little car left the Mundra coast line along with 2,200 other vehicles for various international destinations including Switzerland, Malta, Sweden in Europe and Algeria, Egypt and Morocco in the non European destinations. The above mentioned A Star will find a home in Denmark.

On the achievement, Mr. Shinzo Nakanishi, Managing Director & CEO, Maruti Suzuki India Limited said, “A million cars in overseas markets is a significant milestone for us. Two years back, Europe was a strong destination for us. We have aligned our exports strategy in line with the changed scenario in exports market. The market for us has shifted significantly from Europe to non-European countries. While the A-star, marketed under ‘Suzuki Alto’ and ‘Suzuki Celerio’ badge in international markets was doing well, we also worked on identifying alternate non European markets. This strategy worked in our favour and helped us retain our export numbers after European nations withdrew the scrappage incentives. We are happy that cars manufactured at Maruti Suzuki India have found good customer acceptance in overseas markets.”

With this latest shipment of cars, Algeria also attains the landmark of being the only country to import over 100,000 units from Maruti Suzuki.  In 2009-10, Maruti Suzuki’s total exports were over 1.47 lakh units. Of which over 75 per cent were to Europe. By 2011-12 the share of non-EU export sales shot up sharply from 23 per cent to 66 per cent

In coming times, the Company plans to expand its presence in newer markets including the ASEAN region.