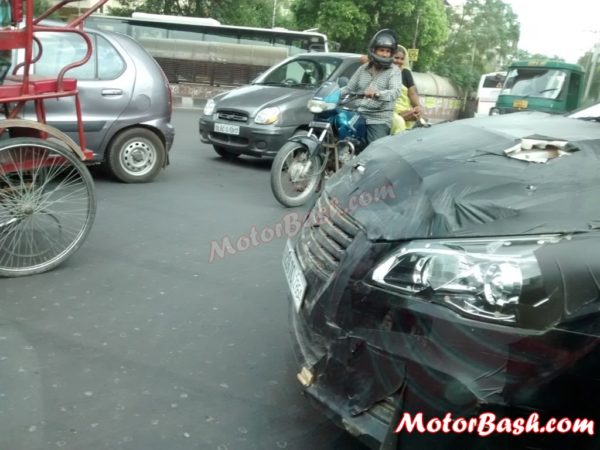 The Maruti-Suzuki Ciaz was showcased at the Delhi Auto Expo in the form of a concept. It is destined to replace the under-performing SX4 sedan. Reports suggest that theSX4 sedan has already been shown the door, with production having been curtailed. The company is offering huge discounts on the SX4 sedan, understandably to clear inventories.

The Ciaz will be launched in China under the name of Alivio. 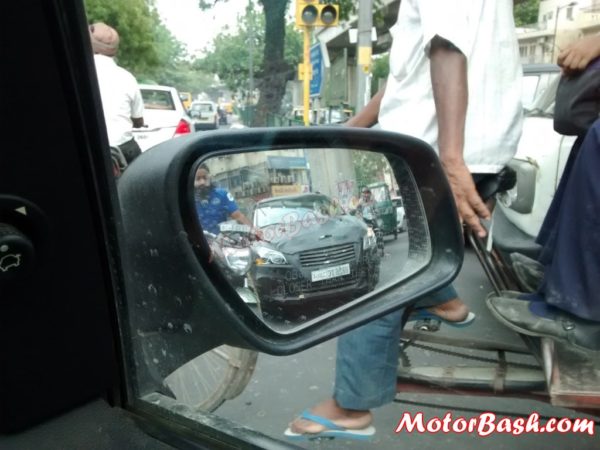 The spyshots show that the test mule contained some commoners as the occupants. It suggests that the Maruti-Suzuki Ciaz is undergoing end-user trials. The production of the car has probably reached the final stages, and launch is very close. Maybe the Ciaz will be launched during the festive months, about one-two months from now.

The spyshots show the huge engine grille, and the double barrel headlamps. The headlamps will possess projector setup, and ORVM integrated side mirrors will also be present. Thankfully, the use of chrome has been limited and the engine grille doesn’t look garish. 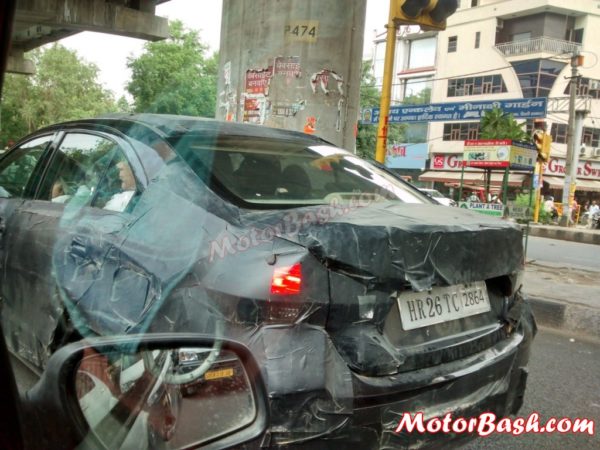 Other features on the Maruti-Suzuki Ciaz will include :

The SX4 was never really a good performer. Sales of the car had slowed down to a trickle, and hopefully the Ciaz will be able to rekindle interest. The premium sedan segment is a major source of revenue for automakers. Maruti-Suzuki has been lagging in this department, even though it reigns in the entry-level car segment.