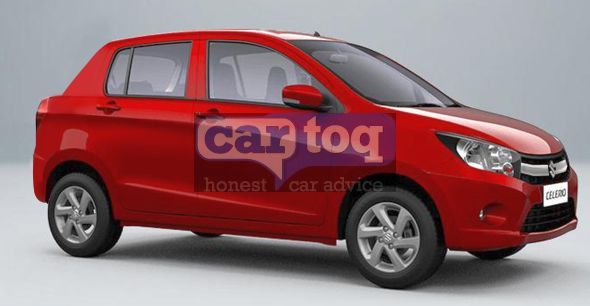 Maruti Suzuki India Ltd (MSIL) launched the highly anticipated Celerio hatchback at the Auto Expo 2014 some days ago (CLICK HERE for our Celerio launch report) and the rumor mills have already started churning out stories on an upcoming, Celerio based, sub 4 metres compact sedan!

CLICK HERE for our entire coverage of the Celerio hatchback

Adding fuel to the fire are several sightings of a Suzuki compact sedan test mule in China, which further hint that the Japanese car maker could indeed be working on a compact sedan based on its latest hatchback. It is being said that the Celerio compact sedan could make its debut next year and quite obviously, would be making it to our car market. In India, the car would sit below the Swift Dzire compact sedan and is likely to cost lesser than the Swift hatchback. With this, the car would become the cheapest compact sedan on sale in India and would be further responsible in bridging the gap between hatchbacks and sedans. It is highly likely that along with a variety of mechanical bits, the car would also share its engine with the hatchback sibling and hence, would be powered by the same 1.0 litre, three cylinder, K10 petrol engine that powers a range of hatchbacks in MSIL’s product portfolio. However, there also is a section of those who believe that the car would get the K12B, 1.2 litre, four cylinder petrol engine from the Swift hatchbacl. Also, we won’t be too surprised if one of the many upcoming diesel engines from Maruti Suzuki is found under the hood of the Celerio compact sedan. The petrol engines are highly likely to go on sale with both manual and AMT transmissions (CLICK HERE to read about Celerio’s AMT).

We believe that the speculated Celerio Compact Sedan could very well open getes to an all new segment of our car market.