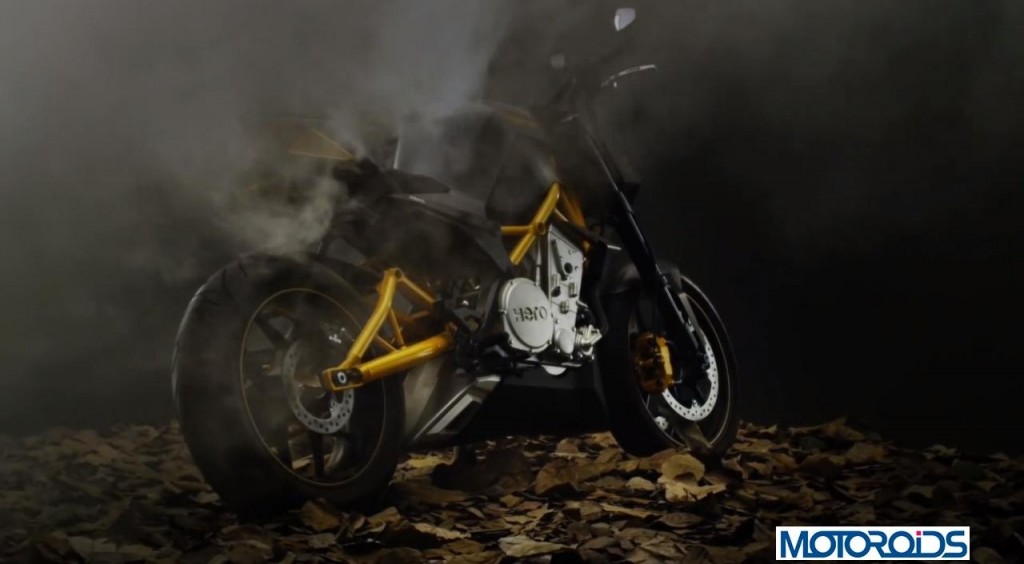 The new Bajaj Pulsar Concepts might have stolen major part of the limelight at the 2014 Indian Auto Expo, but Hero Motocorp haven’t been lagging either. The world’s largest two wheeler manufacturer sprung a surprise sending a shock across the Indian motorcycling with their lineup which majorly included the HX250R, ZIR, Leap, Dare, RNT Diesel Scoot and the Splendor Pro Classic that managed to garner many an eyeball for its own set of reasons. Also presented on stage was the Hero iON- a hydrogen fuel cell concept that rather won’t be seen anytime soon on our roads. And then there was the Hero Hastur, which though a concept looks a motorcycle that looks road-worthy minus its ultra-futuristic rakish design. 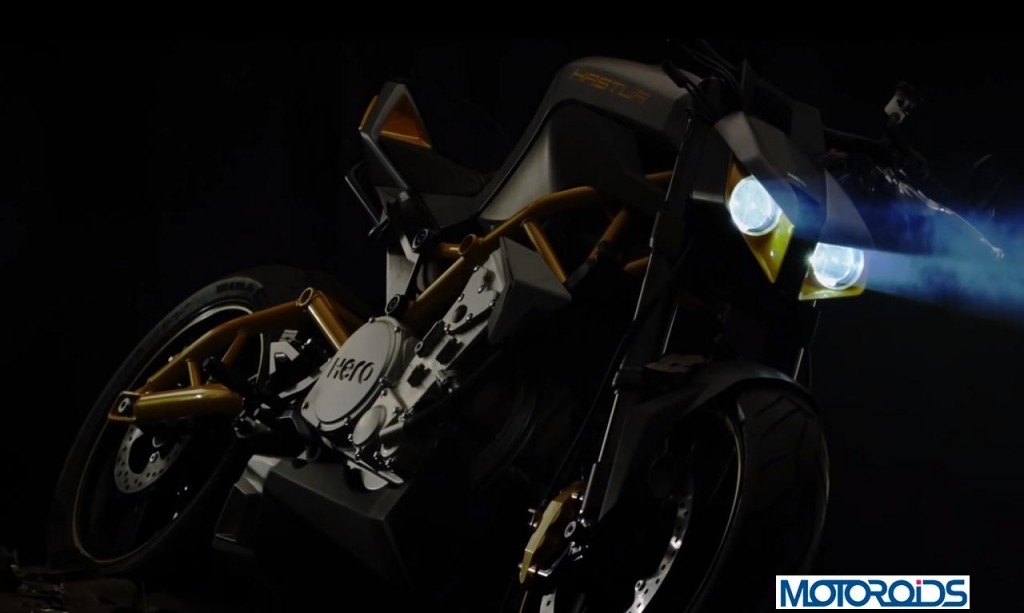 Hero Motocorp have now released an official video of the Hero Hastur and going by the numbers disclosed in the video, we believe the Hastur does seem a prospective future production model. A liquid cooled 620cc parallel twin with a patented CSI cylinder head churning out 80 ps @ 9600 rpm in a 159.7 kgs motorcycle does look extremely appetizing. 0-100 dash in a miniscule 3.8 seconds with a decent top whack of 240 kph makes the figures look even more sumptuous. Other bits like the space frame type chassis, twin projector setup and a TFT speedometer spell futuristic with a capital F. 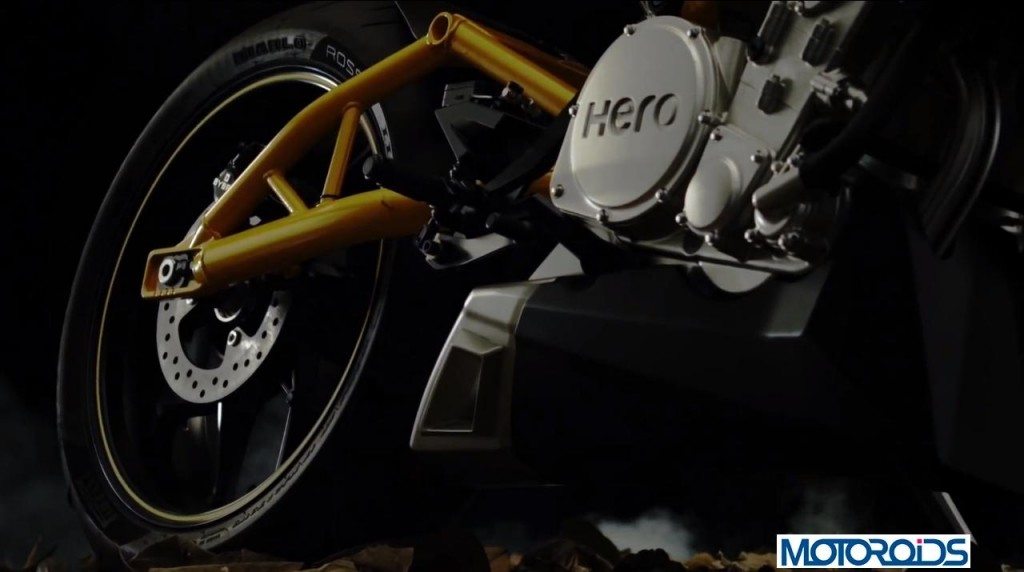 Now only if Hero Motocorp could do away with the alien-avatar of the Hastur and give it a more conventional motorcycle design- it could well succeed in rewriting the performance chapter in the history of Indian motorcycling. Though still a concept, we’d still believe the figures given in the video considering the acquired technical prowess in alliance with EBR. But the exhaust note is something that seems difficult to digest. Why so? Check out the video for yourself.