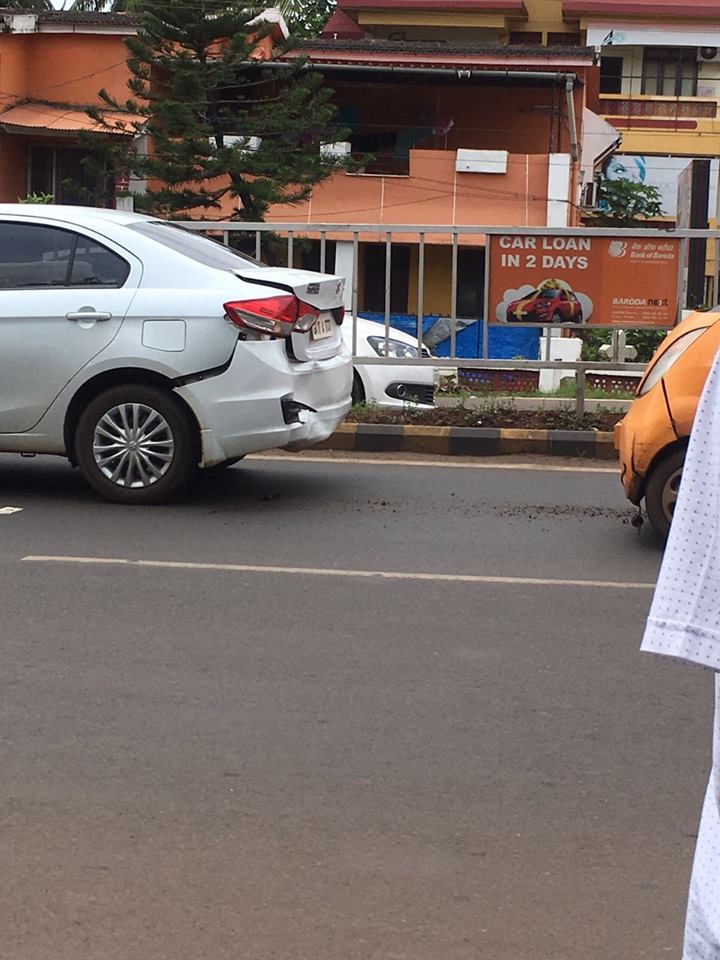 Crumple zones play a very significant part in the safety of a vehicle as it absorbs the force of the impact to the crash in the case of an untoward incident. How much does this affect you and your automobile? We get you the details with the help of a recent case that took place in Goa (based on the registration plates).

Also read: A Maruti Baleno rear ends a VW Jetta, and the images of the aftermath are shocking!

Regulars at Motoroids must have been through our previous post that talked about the aftermath of a Maruti Suzuki rear ending a Volkswagen Jetta. Now, in yet another incident that was witnessed in one of the most popular holiday destinations of the country, a Maruti Ciaz was rear ended by a Tata Nano. 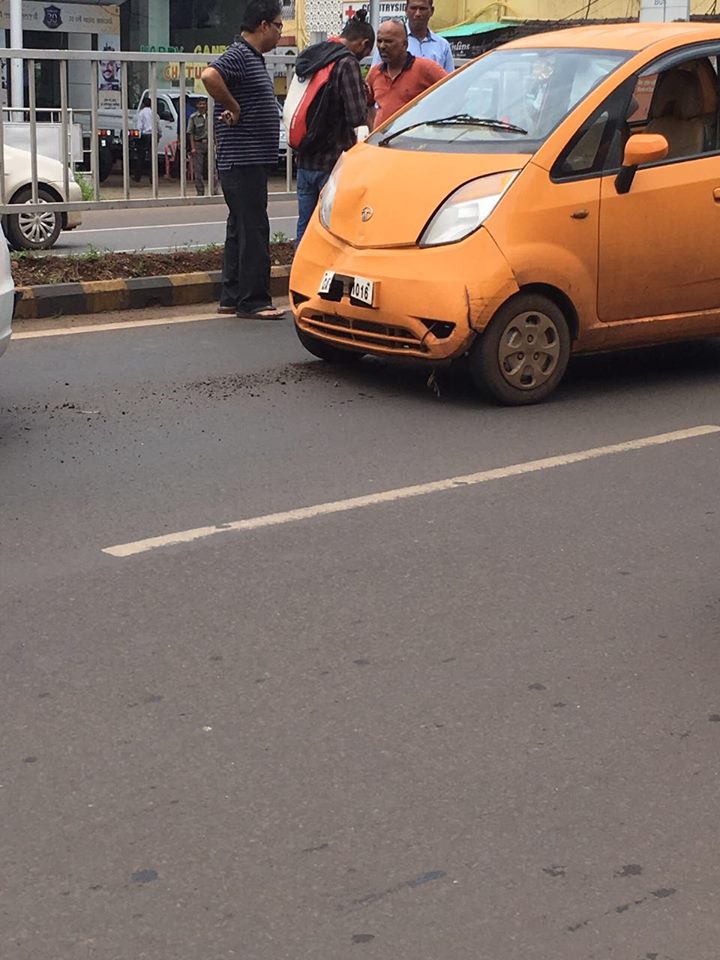 Reports suggest that the incident, which took place due to sudden braking by the driver of the Ciaz, resulted in the sedan taking an impact from the Nano. Both vehicles suffered minor damage.

Ciaz’s boot lid was dislocated due to the impact but the crumple zone did its task well as the sedan bore the brunt of the impact, thus saving its passengers from any injuries. The Nano too suffered some damage in the mishap. Fortunately, no one was injured in the incident.

Following is an image gallery of the mishap: