Home News Mansory Teases its Upcoming Supercar; To Have 750 HP on tap

German luxury and supercar modification firm, Mansory, is coming up with its own supercar next year. Reportedly, the car is said to have 750 HP on tap. The firm based in Brand, Germany, has released the teaser image seen below. 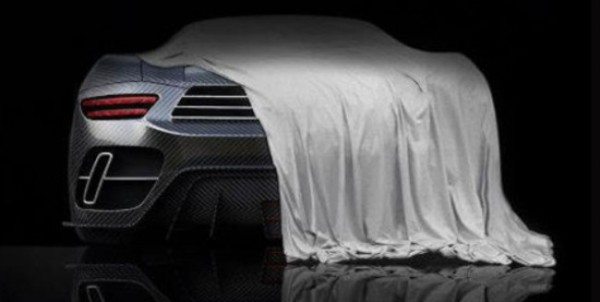 After simply tuning and modifying supercars, Mansory is now creating its own supercar. Although not much details are available, according to reports, the car is said to have a full carbon fiber body.

This teaser shot shows a carbon fiber rear diffuser, as well as an unique vertical exhaust pipe. It also features chrome-plated aluminium accents on the rear grille and around the exhausts.

The supercar will be named Mourinho, after Jose Mourinho- current manager of the Chelsea football club. As per reports, only 11 cars will be built, of which the first model will be for Mr. Jose Mourinho. As aforementioned, the car will output 750 HP, but no details are available as to which engine provide those 750 horses.

Speaking on the car, Mr. Jose Mourinho said- “This is incredible – to have your own car in the most straightforward sense of the term, a car built to fulfill all your desires and needs. I’ve always dreamed of a car uniting the best of Ferrari and Aston Martin – a powerful engine with perfect comfort and class. This is what the Raff House supercar is expected to be like.”

“I can see myself driving this car to a big game, adrenaline filling my system, as I’m trying to get to the stadium as soon as possible, wishing for the game to start”

The Mansory Mourinho is expected to debut sometime next year.

Stay tuned to Motoroids for more updates on the upcoming Mansory Supercar.