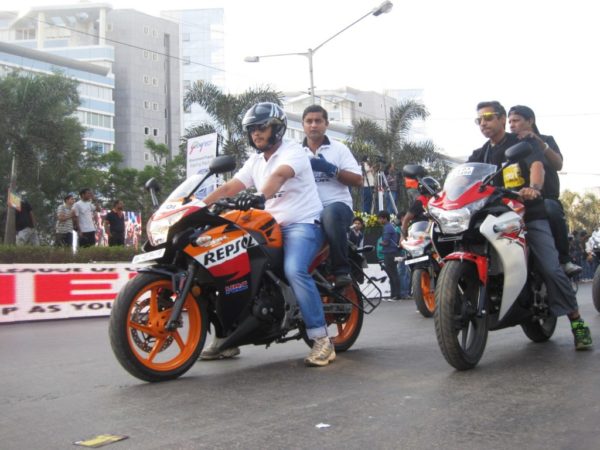 Honda Motorcycle and Scooter India (HMSI), the Indian subsidiary of Japanese bike maker, today flagged off the Mumbai edition of Tour De India (TDI) 2013. To be held across 3 cities in the country, the Tour de India is India’s 1st and largest International Cycling event.

This event promotes cycling as a sport and as a healthy and sporty lifestyle in the country. Honda is the Exclusive 2Wheeler partner of Tour De India 2013. The official bike for the TDI 2013 is HondaCBR 250R Repsol limited edition. Also, Honda will reward the overall winner of Tour De India 2013 with a new special Repsol edition of CBR 250R.

Witnessing a crowd of over 8000 onlookers, the inaugural round of Tour De India 2013 saw the CBR 250R lead over 3000 cyclists at Mumbai. The 10 lap long race took place at BKC (Bandra Kurla Complex). 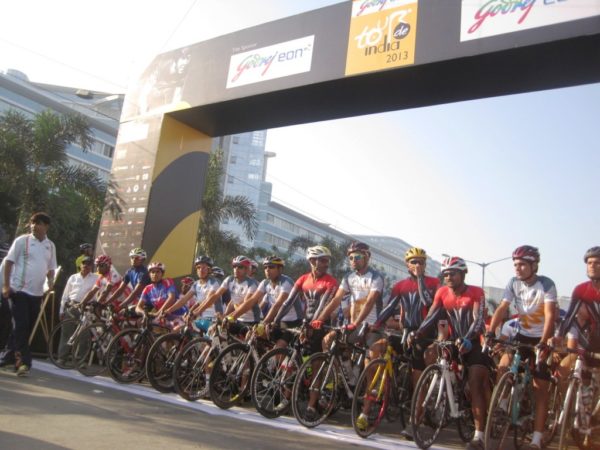 The Tour De India race will soon reach Jaipur and Delhi, where it will be held on 17 December and 22 December respectively.