Mahindra has released a second teaser video of their upcoming flagship SUV which will be revealed at the Auto Expo 2018 next week. Based on the facelifted Ssangyong Rexton, this new global Mahindra will most probably be called the XUV 700. Teased as a ‘high-end’, ‘luxurious’ vehicle, the flagship will most likely come fitted with the latest bells and whistles. Click here to know what else will be gracing their pavillion at the Expo.

Positioning itself as an affordable alternative to the likes of the Fortuner and the Endeavour, the flagship Mahindra will also look to corner some of the Jeep Compass’ popularity with its two additional seats. A rebadged Ssangyong, the flagship Mahindra will come loaded to the gills with stuff like projector headlamps, the latest in infotainment, premium leather upholstery, a 360-degree camera, a powered tailgate, sunroof and the works. Although lower variants could skip on some of these features. 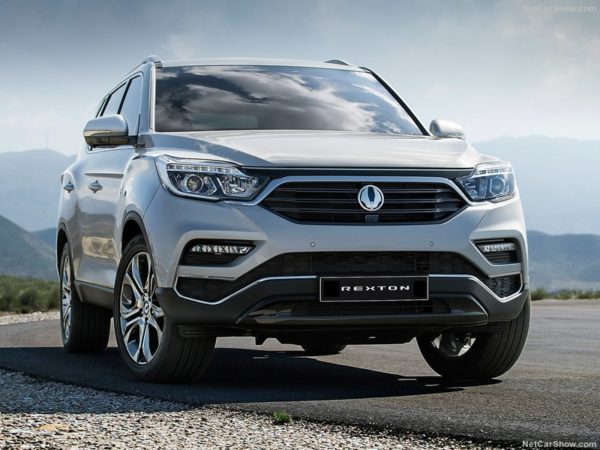 A reasonably capable off-roader, this new Mahindra SUV will be based on a ladder frame base and come fitted with a 4×4 system. The Internationally available version is powered by a 2.2-litre diesel mill which is good for 187 hp and 420 Nm of torque, sent to the wheels via a 7-speed automatic box. Expect some mild visual changes to be made to the fascia and elsewhere to suit local taste. To be revealed at the Expo, the flagship Mahindra is expected to go on sale towards the end of 2018, closer to the festive season.