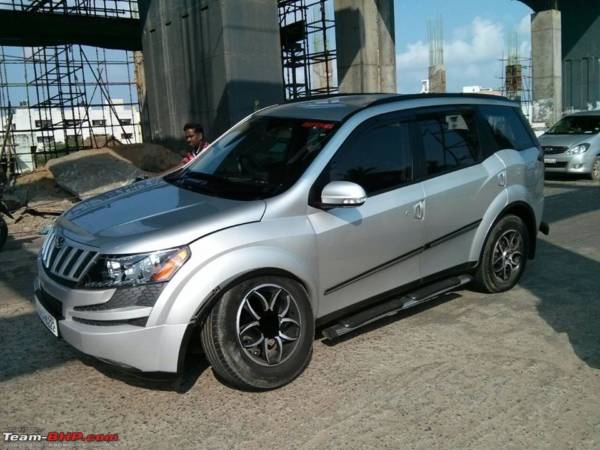 Imagine yourself driving and one of the wheels in your car give way and literally break into two. Scary right? That’s precisely what happened to Rakesh from Chennai when he was pottering around in his Mahindra XUV500. The car was just two & half months old, with only 7200 kms on the odometer. But one ill-fated day, the front left alloy wheel broke when the vehicle was running! Fortunately, the car beached itself without much ado as Rakesh wasn’t doing more than 30 km/hr. 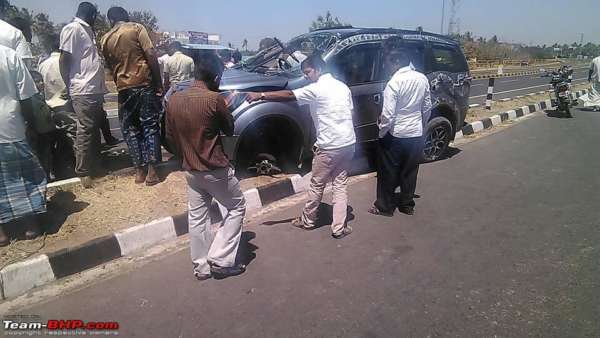 But what if speeds arose? Let’s turn to one more incident – another XUV500 shod with similar alloy wheels crashes on the highway, some 70km before Salem, from Bangalore. And by the looks of the carnage, speeds were way above 30 km/hr.  See the tattered Speed alloy wheel in the pic? The post says that some onlookers mentioned that the alloy wheel broke off while the car was in motion and that caused the accident. 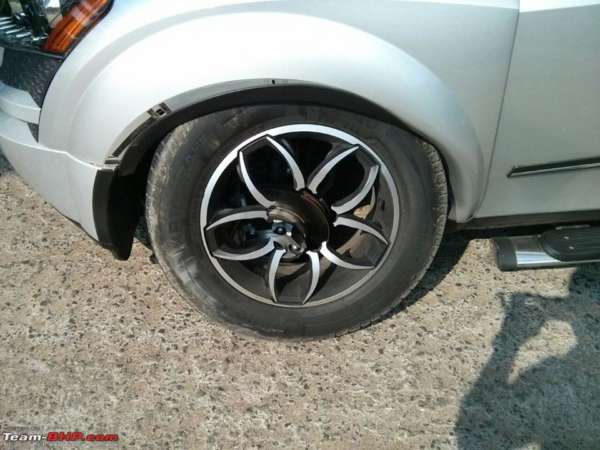 These separate incidents point to a rather grievous issue – one which pertains specifically to the Speed alloy wheels that come as an optional accessory for the XUV500. Following these incidents, Mahindra is conducting a silent recall, wherein the relationship managers have been informed to call the customers with Speed alloys installed to check the serial number stamped on the rim. Apparently, these flimsy wheels come from a “damaged” batch, and if the numbers match, the defective rims will be replaced by the company free of cost.