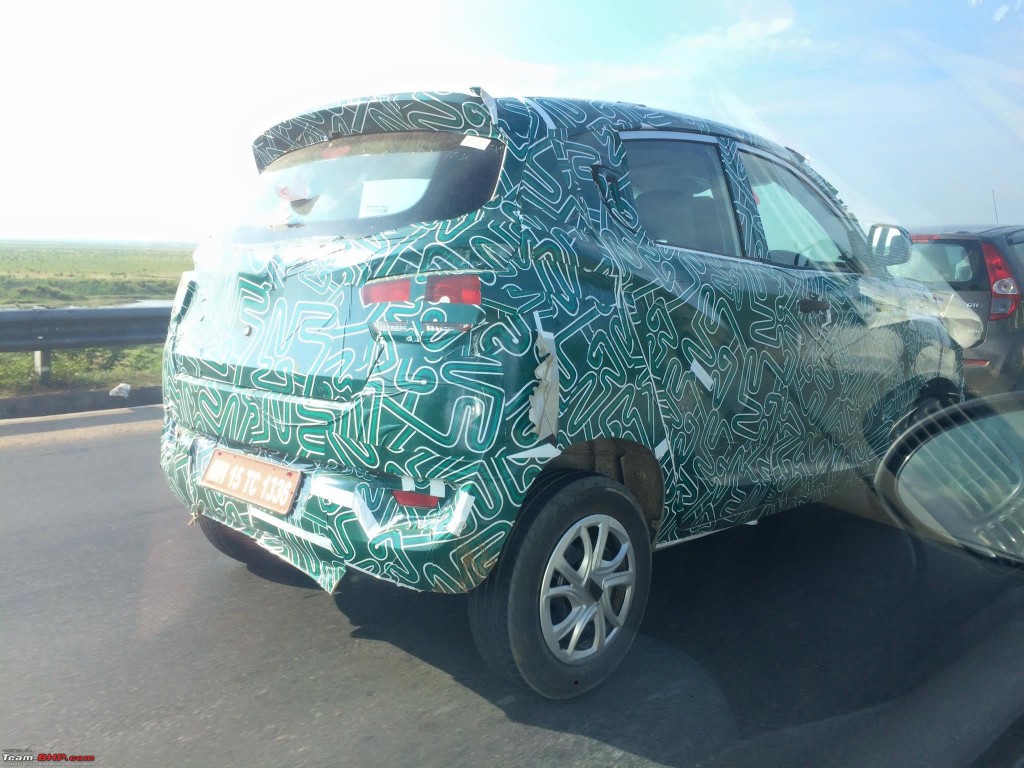 The upcoming Mahindra XUV100 (codename – S101) has been spied yet again, but this time around, the camouflaging is less obtrusive, revealing a few finer details. Mahindra’s upcoming compact crossover has been clearly benchmarked against its arch rival, the Ford EcoSport, as the volume and stance seem to draw substantial inspiration from the America’s baby SUV.

It’ll also feature Chevrolet Beat like hidden door handles for the rear doors, chiselled surfaces and strong lines on the bodywork, along with bumpers which appear to sport some distinctive detailing. Lower end variants will feature wheel caps like the ones featured in the images, while top end variants are expected to be shod with alloy wheels. 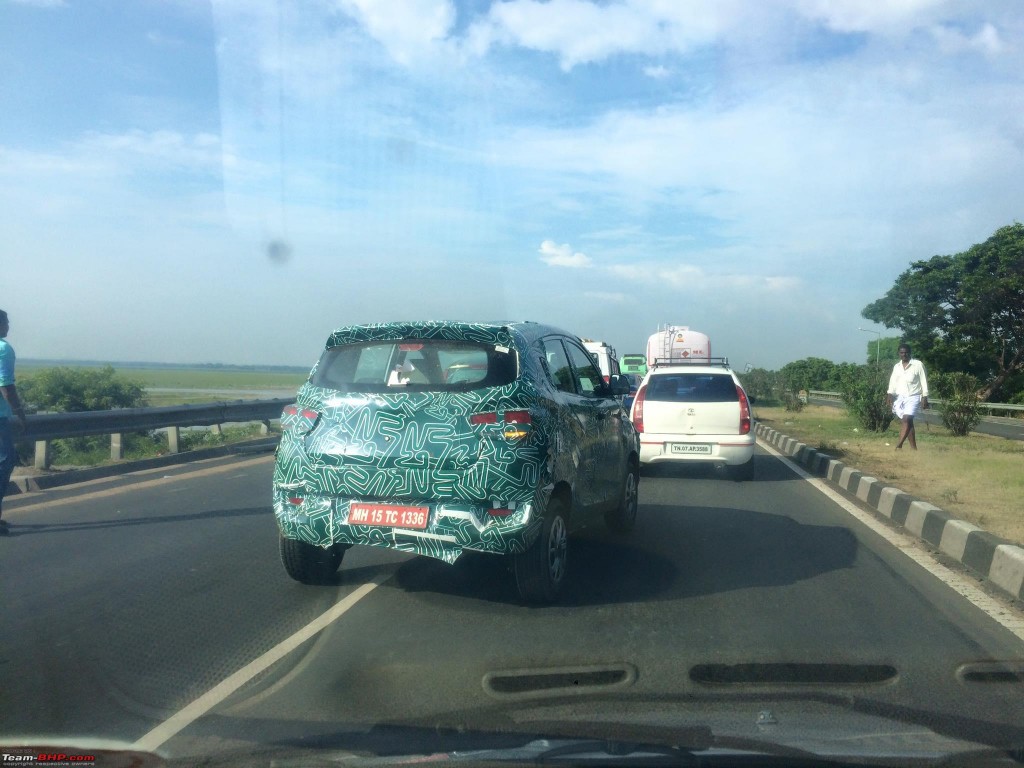 Based on an all-new monocoque platform newly developed by M&M, the XUV100 will be launched later this year with aggressive pricing that’s expected to undercut immediate competition by a fair margin. The interiors will feature an unique 3+3 layout, with the front bench seat hosting a fold-able middle section that can accommodate one occupant. The gear lever has been re-positioned to the centre console to lodge the middle occupant. For clear images of the XUV100’s interiors, click here.

The XUV100 is expected to be powered by the same, 1.5-litre mHawk80 diesel engine that’ll debut on the TUV300, along with a new, 1.2-litre petrol engine jointly developed with SsangYong. At least one of the engines will be paired to an automated manual transmission, if not both. Stay tuned for more details as they come by.