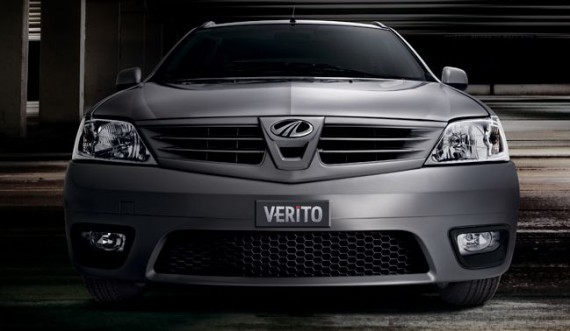 Ever since we saw the spy pictures of the erstwhile Mahindra Logan CS(now Verito), we wondered when the car will be launched here. Seems like there is finally some clarity on the tentative launch date of the vehicle. In a statement given to Business Standard, Rajesh Jejurikar, executive VP, Mahindra’s auto business, has said that the ‘New Verito’ will be launched sometime next year.

“I can only say at this point that the new Verito will be launched next year. We are yet to finalise a date for it. Both the regular Verito and new Verito will co-exist in the market” said Mr Jejurikar. The new Verito is expected to be the CS version of the car with a compact boot and smaller engine to let it avail the excise duty cut, and thus retail for a price of about Rs 50,000 lesser than the current ex-showroom price.

Apart from the Verito CS, some clarity emerges about the power ratings and tech specs of the Mahindra mini Xylo as well. The Mahindra mini Xylo has been doing the testing rounds for months together now. While the new compact SUV from Mahindra stable has been spied many times, there still is no clarity on the power plant propelling it. While we knew that a new 1.5-liter diesel mill has been prepared for the job, we didn’t however have much clue about the expected power ratings. The BS report suggests that the new diesel engine will be a 3-cylinder mill with power rating of 70-75PS. A 4×4 version of the mini-Xylo is also being prepared by the company. The mini Xylo will quality to government’s definition of small cars and will avail of the excise duty cut.

Another big news emerging out of the interaction is that of Mahindra preparing an all new, sub-Scorpio SUV to sell alongside its current range. The all new mini SUV from Mahindra is slated to make a debut in 2013. The new SUV, according to the report, will either share the mini-Xylo’s diesel mill, or will sport an new powerplant all together, developed especially for the application. The big news is the pricing. According to the newspaper, the SUV may have its starting price between Rs 4.5 lakh, making it the cheapest SUV available in the country. And will challenge the Premier Rio.

Only yesterday we told you about Mahindra’s plans to enter the small car segment with a sub 3 lakh rupee car. Seems like the Indian carmaker is on a roll! Do let us know your views on the upcoming flurry of launches for the biggest MPV maker of India. Do the prospective products get you excited?