Home News Estoril MotoGP Records 118 Crashes; The Highest Ever on a Circuit 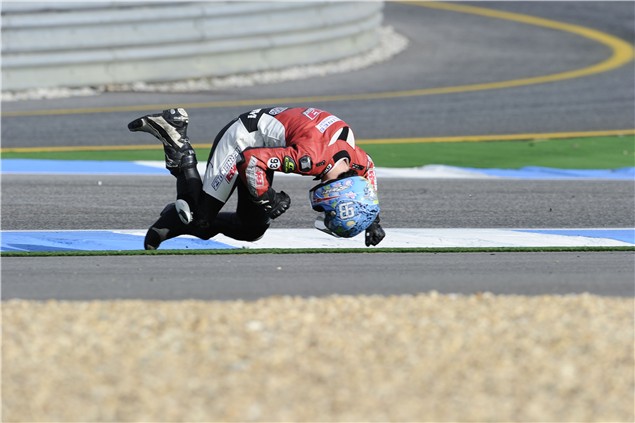 Blame it on foul weather conditions, which prevailed throughout the MotoGP weekend at the Portuguese track which claimed a record number of crashes, with 118 falls; the most since records began in 1996. Topping the drama factor among the 118 misadventures, was the five- bike pile up on the first lap of the 125 race, followed a number of falls in practice, warn- up, qualifying and on the raceday itself. The good thing is, when compared to the high tally of 118 crashes, only a few were injured- Ben Spies, who crashed out in the warming lap of MotoGP dislocated his ankle, Moto2 rider’s Alex Debon and 125 rider Luca Marconi both broke collarbones and Iwema suffered right shoulder injury that ruled him out of the restart.