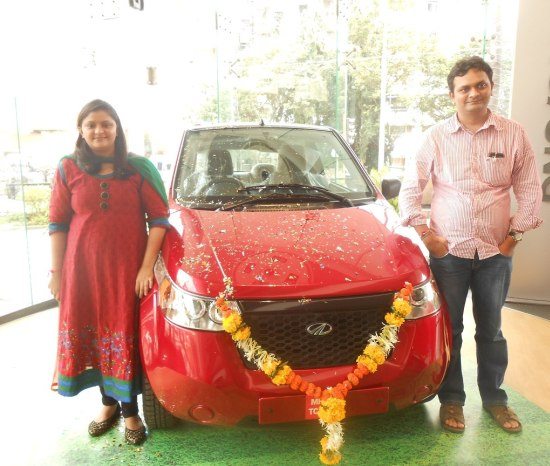 Mahindra Reva, a part of the USD 16.2 billion Mahindra Group, recently announced the winner of its ‘Ask’ Movement contest. The campaign urged people to ask questions about the issues that matter. The movement launched earlier this year received over 12,000 entries and based itself on the idea that real progress happens when people ask the right questions and then seek the appropriate answers. The motto of this campaign was: ‘Think, and you will ask. Ask, and you will Rise’.

A Mahindra e2o was handed over to the winner, Ms. Ami Vora in Mumbai for asking the winning question.

Speaking on the occasion, Chetan Maini, Chief Executive Officer, Mahindra Reva Electric Vehicles Pvt. Ltd. said, “At Mahindra Reva, asking questions and challenging conventional thinking is a way of life and intrinsic to our philosophy of Rise. It is our belief that encouraging people to ask questions is at the heart of creating innovative, future ready and quality products and the Mahindra e2o is a step forward in this direction. With the Ask Movement, our endeavour was to encourage people to voice their opinion on issues that mattered to them. We are humbled by the overwhelming response to the campaign and our congratulations to Ms. Ami Vora on winning the Mahindra e2o.”