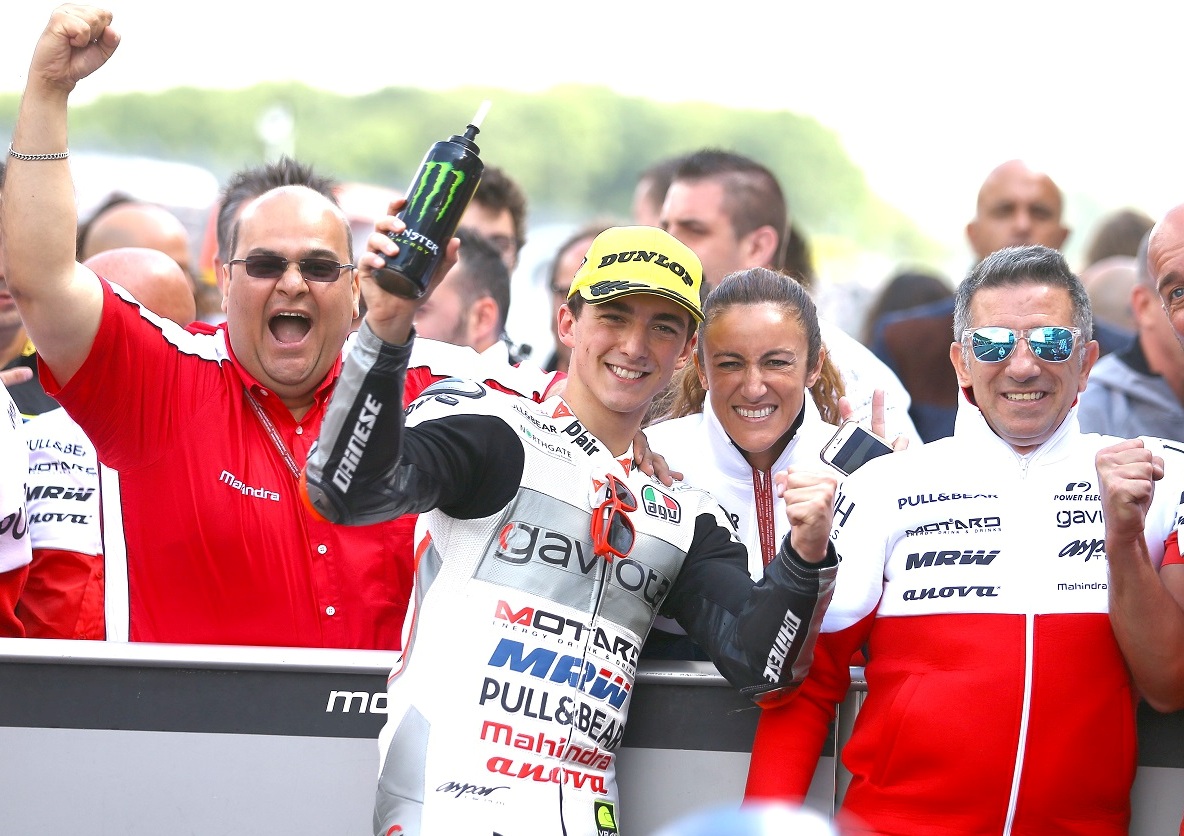 In 2015, Mahindra teamed up with the experienced Aspar Team. The MGP3O regularly fought at the front of the ultra-competitive Moto3 class and recorded a podium finish at Le Mans. In 2015, Mahindra Racing set up its own technical development centre at Besozzo near Varese in Northern Italy to develop a new version of the MGP3O for 2016, the centre also marked a strategic move for Mahindra to begin making more independent developments and advancements on the MGP3O. 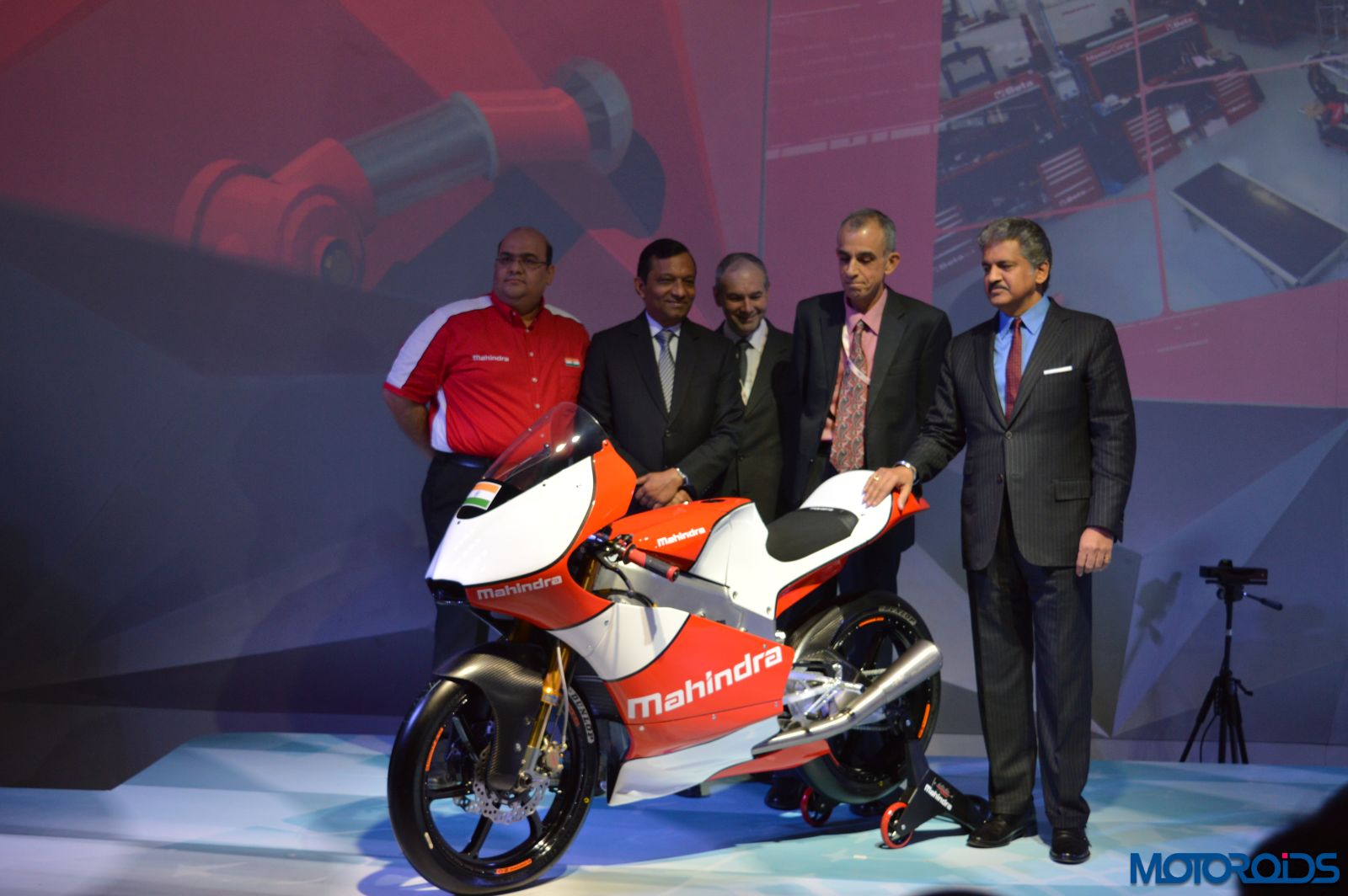 What does it mean for Mahindra Racing to win a first Grand Prix?

As I said to someone yesterday, I have never seen so many men crying at the same time in my life. A lot of effort and sacrifice has gone into this win. It’s a fantastic moment for me, for Mahindra Racing, for the Mahindra Group and for India. We’ve come a long way in a small amount of time, and shown that it is possible for a new manufacturer to fight against the more established factories. Today’s result is the culmination of a lot of hard work, and I hope it is the first victory of many more to come.

What is next for Mahindra Racing?

We’ll allow ourselves a short celebration, but we have a race at Sachsenring in three weeks’ time and we are working hard to bring a new gearbox for the MGP3O riders either to Germany or at the following race in Austria. It has already had a very positive outing in the Junior World Championship as well as in some private tests and we want to bring it to the MotoGP paddock as soon as possible.

We want to get this feeling of triumph more often, and to do that we need to continue to push hard and improve the MGP3O as much as we can within the strict rules of Moto3. The gearbox is the next step in our 2016 permitted development plan, and we are also working on our 2017 bike. So there is certainly no time to spend patting ourselves on the back for Pecco’s win.

What can you say about Pecco Bagnaia after such a ride?

Pecco has shown time and again on our bike just how talented he is. He is a fantastic rider to work with. He is always extremely positive and is a genuinely charming person. We are delighted to share our first win with him and send huge congratulations and thanks to him. I am sure that it will be the first of many for Pecco, and for Mahindra.

Many people have questioned why Pecco is able to get more out of the bike this year than our other riders. I can categorically say that Pecco has exactly the same machine as everybody else, but there is a combination of factors that seem to work for him. Clearly, he is a hugely talented rider. He is also with a very experienced team in Aspar that is getting the most out of the bike and rider. The MGP3O seems to work especially well for Pecco’s riding style. He brakes late and carries an enormous amount of corner speed and our chassis works extremely well in that regard. It was clearly visible in the last couple of corners at Assen just how much the chassis and Pecco’s corner speed contributed to his win. 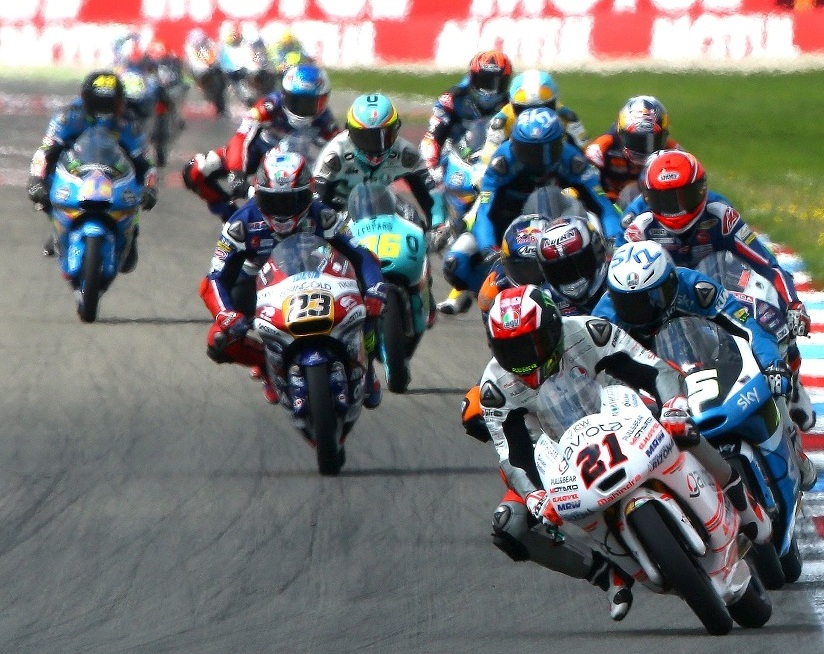 This is Mahindra’s sixth season in the world of MotoGP. How hard has it been to get to this first race victory?

To be fair, we have come agonisingly close to victory on a few occasions with Pecco and with Miguel Oliveira and Brad Binder before him. However, it is true that it has been a lot of hard work and also learning a lot of hard lessons. Our first two years were very much a learning experience. This is the pinnacle of motorcycle sport and an extremely difficult championship. You have to get everything right if you want to win and our experience in those early years taught us a lot.

It was really for the 2013 season that we decided to change the way we did things and we took on a new technical partner in Suter Racing. We also decided that in order to succeed in the longer-term we needed to further develop our own capabilities and personnel.

To that end, we have invested in a fully-equipped Mahindra Racing development centre in Besozzo in Italy. We continue to work with Suter and we are expanding our portfolio of suppliers, and our own capabilities, as we aim further improve our bike and to take the fight to Honda and KTM.

While our bike has improved year on year, this is top-level racing and our very experienced competitors do not stand still. Simply improving our bike is not enough. We have to work even harder to close the gap and then beat them. This win shows we are getting closer, but our aim is record more regular wins and for our other teams and riders to be in with a chance of victory at every race.

As new comers to the championship, it is not always easy to attract the best riders. It is important to keep showing how competitive our package is and more success will bring more top riders knocking on our door and we’ll continue to make the Moto3 class a real three-way fight.

Is this win big news in India?

Yes it is. It trended on Twitter and other social media. We have received a lot of coverage as well. India is the largest two-wheeler market in the world, and it is big news that an Indian manufacturer has won a world championship race. I’m sure it will inspire a lot of people in India to get involved in motor sport and engineering. We’re trying to give them a team to cheer for that they can be proud of, and today we succeeded in doing that.

Are you predicting more wins this season?

Why not? This is our fourth podium of the season, and we’ve shown that we have the pace to challenge at the front in almost every track. We certainly have the momentum now, with new parts coming and multi-fold increase in team motivation. The next track is Sachsenring, which is not dissimilar to Assen. Who knows what could happen there?

We’re working hard on various upgrades to our bike that we shall incorporate into our 2017 machine. We have demonstrated that we have a great base, but we need to continue to refine and improve on that. We already have a team solely dedicated to the 2017 bike, and our objective is to be able to start our testing process earlier than we have in previous years. That should allow us the luxury or more time to work, develop and refine with the feedback of our teams and riders before we arrive at the first race with our 2017 package. One that package is homologated, there are only certain elements that can be changed during the course of the season and so it is vital to get it right from the outset of the season.