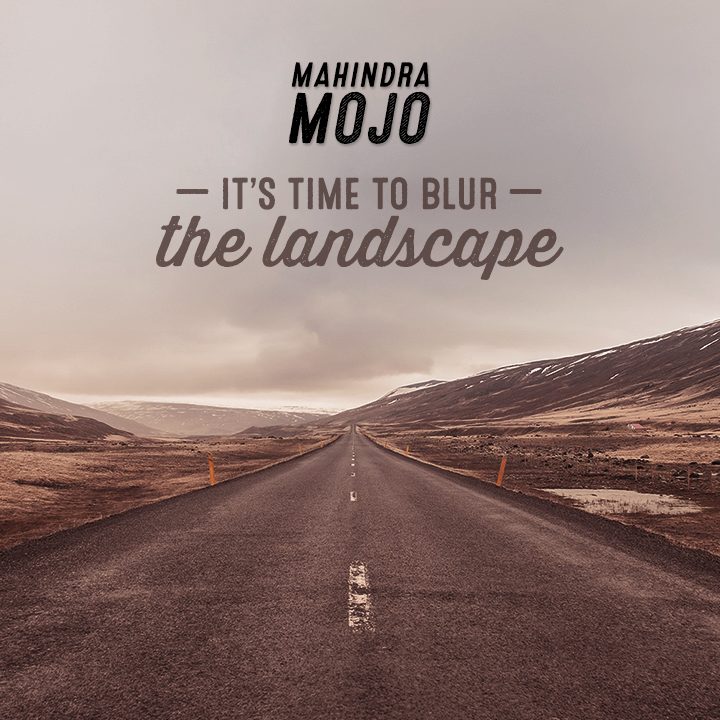 Amidst of rumors revolving around the much awaited launch of Mahindra Mojo, the two-wheeler arm of the Indian manufacturer has commenced the promotional activities through social networking websites. The official Mahindra Mojo page has already gone LIVE on Facebook. The two-wheeler arm of the Mahindra & Mahindra group has uploaded a few images and a promotional video of the new Mojo, its most powerful road-going motorcycle yet.

Here is the promotional video:

The 300cc Mojo is equipped with a slew of features such as telescopic upside down front forks, 320mm disc brake and Pirelli Rosso Corsa II tyres to name a few. Mahindra has remained tight-lipped about the technical specifications but earlier reports suggest that the new Mahindra Mojo will be powered by a 299.5cc liquid-cooled, single-cylinder engine. Certain dealerships have already commenced the bookings process and the teaser images released on the Facebook page indicate that the official launch will happen in October.

Meanwhile, Mahindra has officially revealed the Mojo brand logo. The logo was designed after extensive research into the needs and requirements of new age motorcycle enthusiasts. The stylized font draws inspiration from the overall aggressive edgy styling of the Mojo, while the sharp lines and angular intersections highlight controlled dynamism. The smooth chrome casing lends a premium and exclusive quality that is an innate part of the MOJO’s persona.

Excited about the Mojo? Do share your views about this upcoming motorcycle through the comments section below.