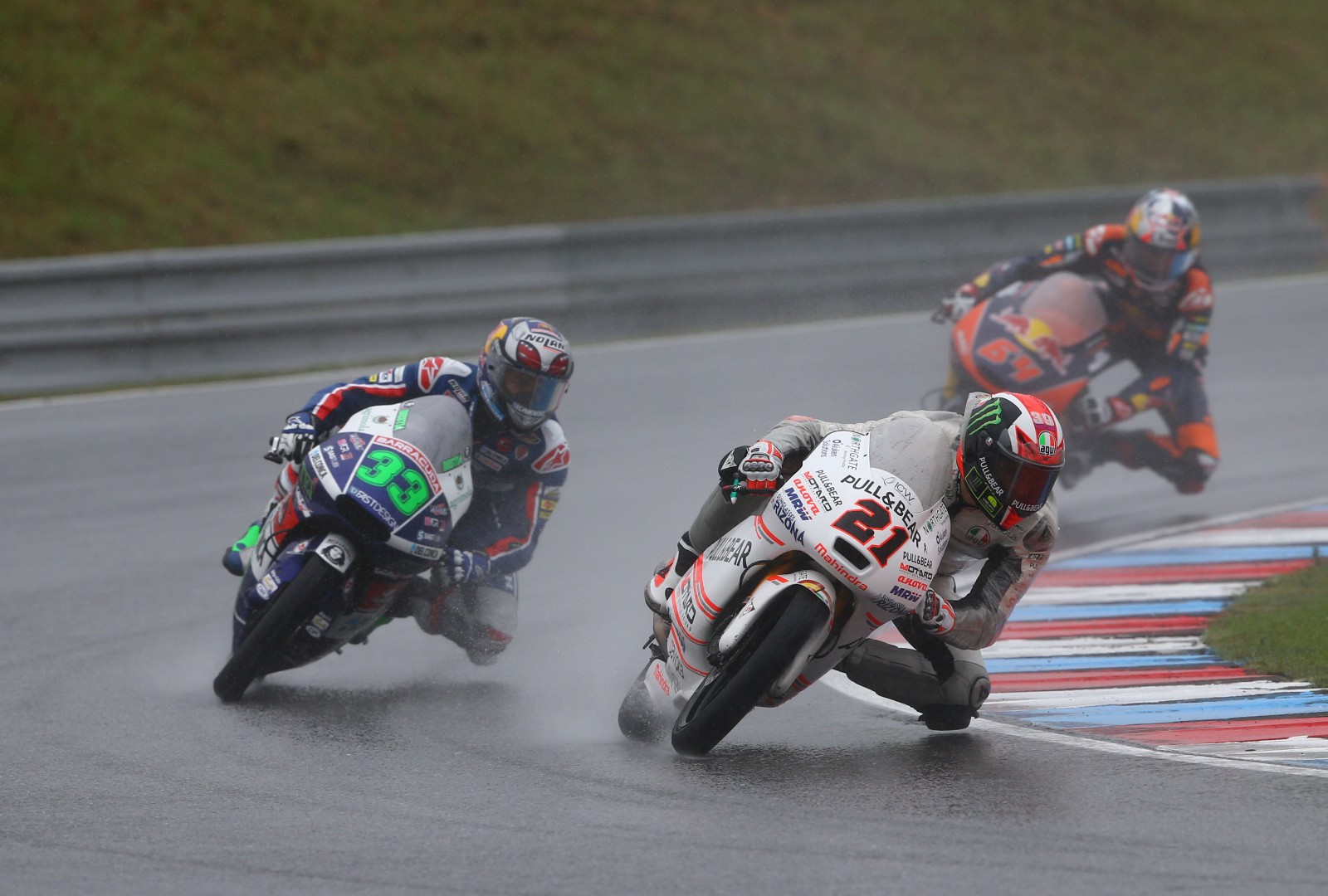 Mahindra MGP3O Moto3 machine took first and second places in a rain-soaked Czech Republic Grand Prix at Brno. The winner was Scotsman John McPhee, splashing through the spray to take his own first GP victory and a first for the new-this-year Peugeot MGP3O, sister brand to Mahindra. He was over eight seconds clear at the flag.

After two days of sunshine in practice and qualifying, race day was sodden, with steady rain keeping the 5.403-km circuit streaming wet, and sending several fancied riders slithering off into the gravel. McPhee was alone up front but on the third-last of the 19-lap race, his bike slid sideways. He, however, managed to regain control. 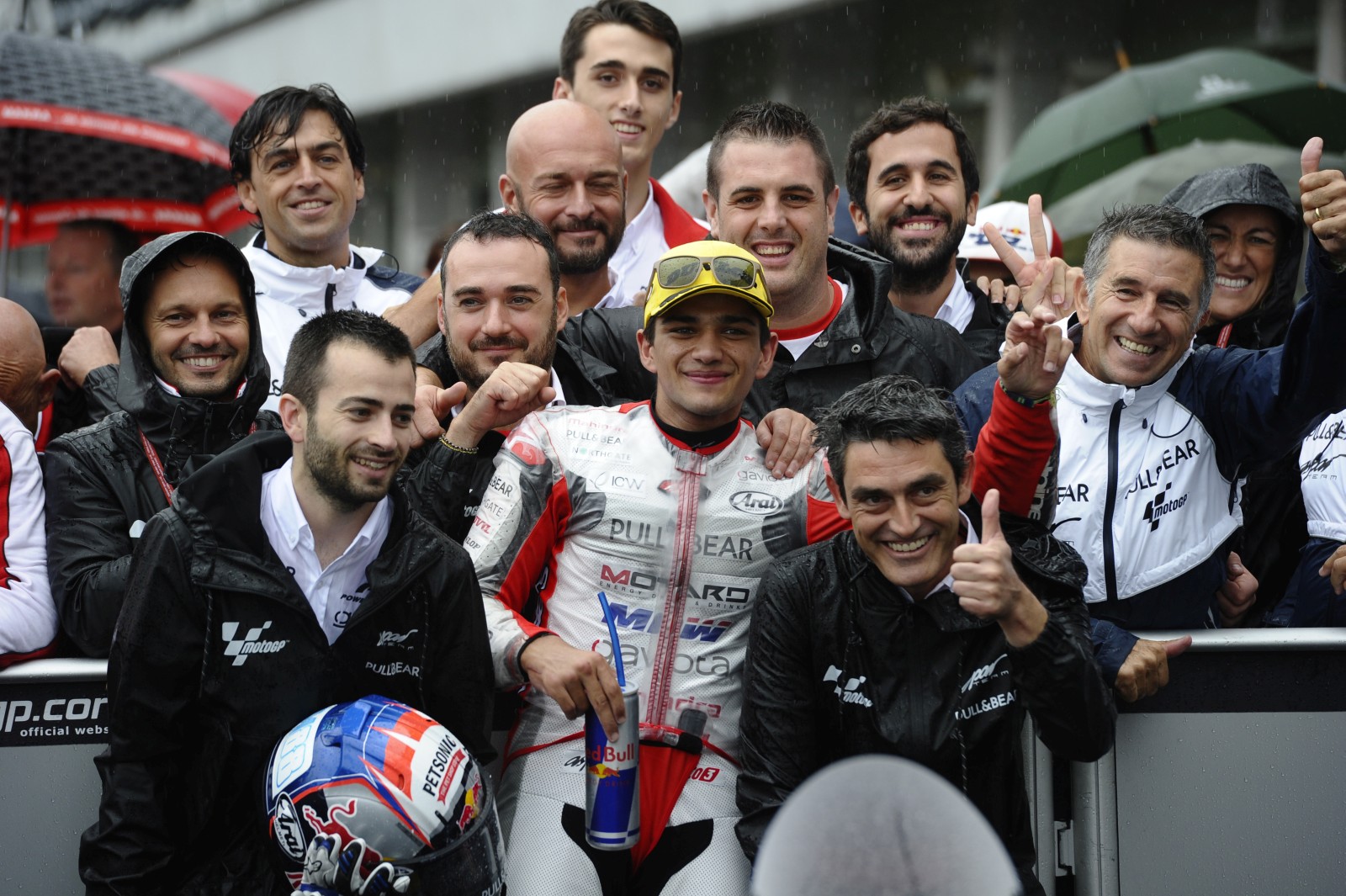 Martin, on the other hand, had started from the front row for the first time, after qualifying fourth then getting moved up because of another rider’s penalty. The white-liveried Mahindra led off the line and was a second clear by the end of the first lap.

A one-two finish had been the next target for the maturing Mahindra project, after the first win in the Netherlands. The next race is the British GP at Silverstone in two weeks.

Speaking about thie performance, Mufaddal Choonia, CEO Mahindra Racing said that when the team made history with its first win at Assen, the next aim was to have two MGP3O machines on the podium, preferably first and second. It is all the better to have achieved this so soon, and with its sister brand Peugeot Motocycles.