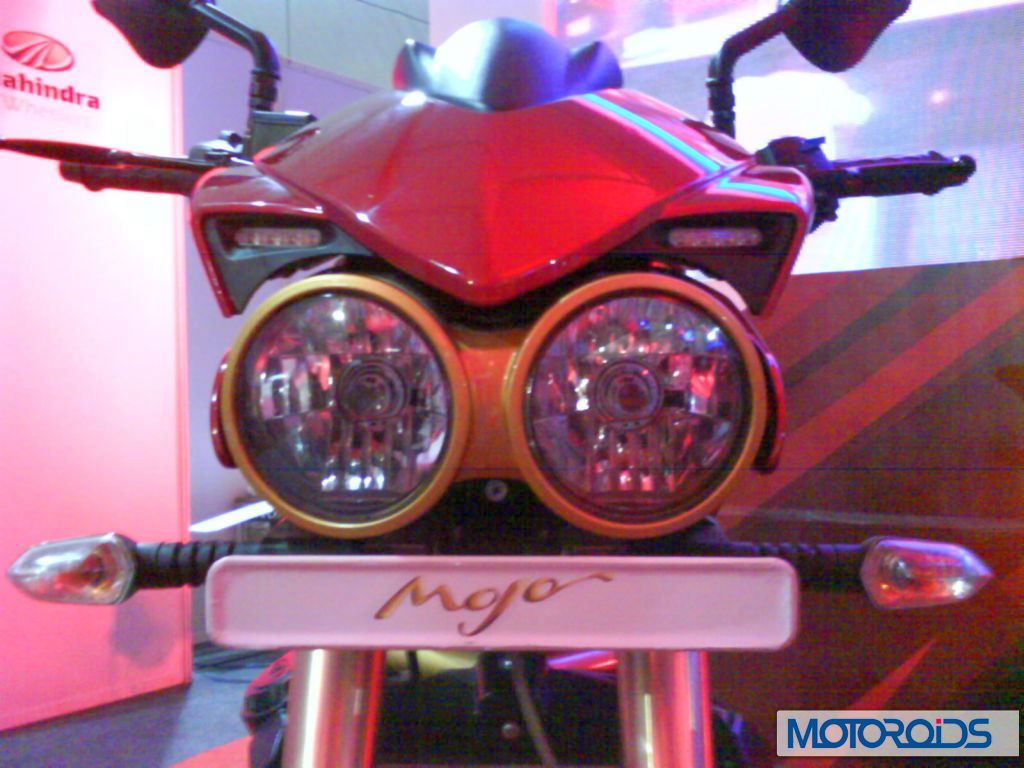 After a sumptuous lunch and a few good words with some of the other journos from the group, we all were graciously ushered into the main display area. The chief guests were yet to arrive, but the media had already occupied their Individual seats, and were having a good time listening to the tunes played by the DJ, and enjoying the show lights. 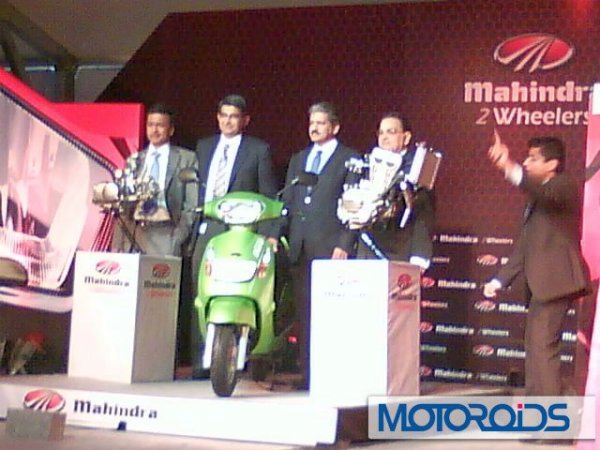 The Introduction to the Event was handled by Mr. Viren Popli. Mr. Ashok, and Mr. Anand Mathur. The main Inauguration was done by the hands of Mr. Anand Mahindra (Vice Chairman, and Managing Director of Mahindra).  Some of the salient points covered during the show and tell Were as under

•    The Strategy is to segment and cater the market as per customer requirements.
•    Increase in communication with the customers to lead to better understanding of needs and wants.
•    Robust product development and testing in its R&D Facility
•    Use of the latest CAD, CAE, and CFD software for value added development
•    Henceforth all manufacturing of engines to be in-house for Mahindra 2-wheelers.
•    The 110cc and 300cc are currently in the advanced stage and shall be launched at the earliest
•    The development of the Nicro-Hybrid Engine with Automatic Start Stop feature during idling periods, which shall result in 5% improvement in Fuel Efficiency, and 7% reduction in CO Emissions.
•    Around 4 lakh vehicles successfully sold till date
•    Assembly of engines for scooters and motorcycles in the state of the art facility at Pritampur with an investment of over 20,000 crores
•    Rs 500 crore investment planned for R&D for the next 5 years
•    Work in progress on intermediate engine sizes to fill the gap between the 110cc to the 300cc range, to cater to the entire motorcycle range.
•    R&D to benefit from the Mahindra Racing team
•    Over 2,80,000 fans / likes and counting on the Mahindra Racing Facebook Page.
•    Chances of looking into alternative fuel options, like diesel and electric, for the motorcycle range now that the R&D Facility is up and running. 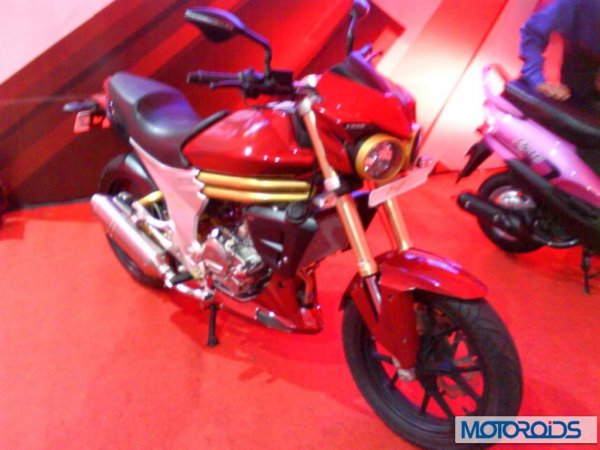 Flanking the presentation area were  4 models of particular interest, which the Spotlights were amply highlighting – the Mojo, the Rodeo RZ (Sym), the Duro 125 DZ, and the Flyte (Sym). Now these Models though inanimate, were the main attraction and were therefore the apple of every digital eye present. Although the main event was of the Inauguration of the R&D Facility, I could not help but go ahead and take a look of the main attractions myself at close quarters.

The First Impression on the bikes at display…

The MOJO, as luck would have it, I never got a chance to view the Mojo, when it was first launched. So now that fate gave me a chance, I found the Mojo to be playing hide and seek with my taste buds. A few times I found it attractive, and the next second I was like “why oh why, did they make this”. The tank is pretty long and slender, and may not offer too much thigh grip, especially while braking. Also the tanks paint quality (of the display bike) didn’t cut the mustard as it had some prickly points as if there was dust present in the paint booth during coating procedures.

The Mojo’s design is a cause for concern in terms of company profits. The engine may be powerful, and the Power-to-Weight Ratio may be a winner, as it is a naked bike with a 300cc water cooled engine, but the looks have the potential to pull back on the sales. It is my Humblest Opinion that Mahindra should have reconsidered redesigning the Fascia and aesthetics in general, instead of just serving the same cake.

The Scooter on the other hand may hold the key to the success of the Mahindra 2Wheeler Brand. All the 3 scooters seem to be well proportioned to suit the various Commuting Segments throughout the Indian Market.  The Flyte seems perfect for the PYT who has just started college, with its slim features, and light weight, adding that oomphy fun factor.

The Rodeo shall cater to those looking for a jazzy, sporty scooter, with enough spunk to compete with the motorcycles on the road. The Duro on the Other Hand will suit the Alpha Male of the Family perfectly. Along with a Sturdy body, the Promised Suspension system to soak all those undulations, that is known as the Indian Road Conditions.