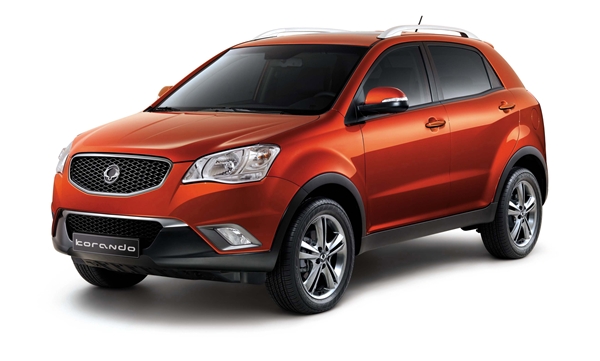 We hear an official word from Mr. Pawan Goenka, President, Automotive & Farm Equipment sectors, Mahindra & Mahindra Ltd saying that “Our timeline (for the rollout) is about one year from now. We’re currently completing market research on India. We are also designing the assembly line and overall business plan”

M&M along with Ssangyong which is a Korean car manufactuerer is all set to roll two SUV’s which will be the Korando C and Rexton expected by early 2012. M&M is done with all the legalities with Ssangyong required for the acquisition, and seems very positive about the collaboration.

The car will be assembled at the M&M Chakan plant near Pune where a new assembly line will be introduced. Hopefully the cars will be rebadged as sold under new names. M&M has been successful to put a fight to Toyota Innova by its Scorpio and Chevrolet Tavera by Xlyo. With the introduction of two new world class SUV’s M&M will now take the stakes higher and will try to put a good fight for big guns in the SUV segment like the Toyota Fortuner & Chevrolet Captiva.

Both the Korando C and Rexton seem good to be champion on paper and on the road.