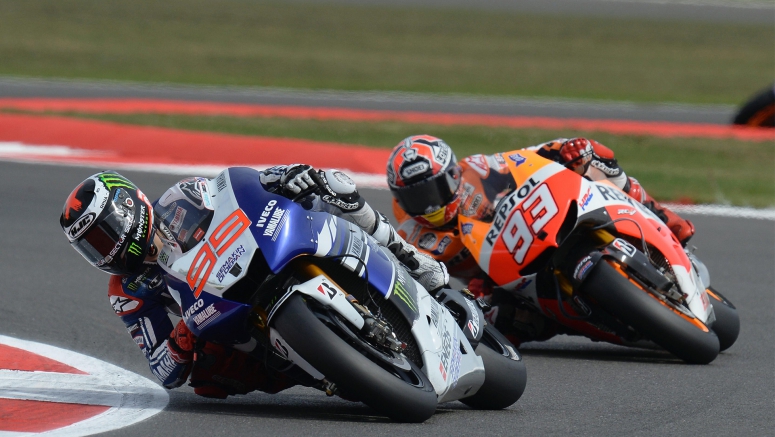 Like most MotoGP fans out here, we too kept awake to watch the MotoGP Race at the Grand Prix of the Americas. After the cracking first round at Qatar, we were expecting a similar battle at the top order which unfortunately turned out to be a distant wish. It was rather a (do-we-say) tamed race with Marquez simply untouchable till the checkered flag.

But the race had its own entertaining moments with one being right at the start when Movistar Yamaha’s Jorge Lorenzo started the race with mother-of-all jump starts. Describing it as the biggest error of his career, he stated that the cause of the error were “mosquitoes”. Speaking to the press post the race, Lorenzo said ‘When I arrive to the grid, I have too many mosquitos on my visor so I decided to take out the tear off. I never do this and at this moment, I get confused and when I saw the red light, I thought it was the race start so I released the clutch and I made a jump-start.”

The damage was done already and Lorenzo sped away from the pack so as to save valuable time post the ride through penalty which brought him back to tenth place. He further said “It was difficult to keep calm and not get too stressed and crazy, I have some moments into the last corner with my rear wheel in the grass. For all the confusion at the beginning, I couldn’t ride the maximum, I was nervous on the braking but by the time I relaxed, the tyre was already bad. For the moment we are not enough in general so we need to improve the bike. But the biggest problem now is the two mistakes I’ve made, so I hope to not repeat this.”

Lorenzo had crashed in the opening race at Qatar and trails by 44 points to Marc Marquez who has been on song in both the races of the 2014 season. The two-time MotoGP world champion has his task cut out and we hope the forthcoming races would see a fierce tussle at the top of the order.