Here are a few images of the Tata Tigor. You can have a look at the complete image gallery of the Tigor with the help of the gallery at the end of the article. 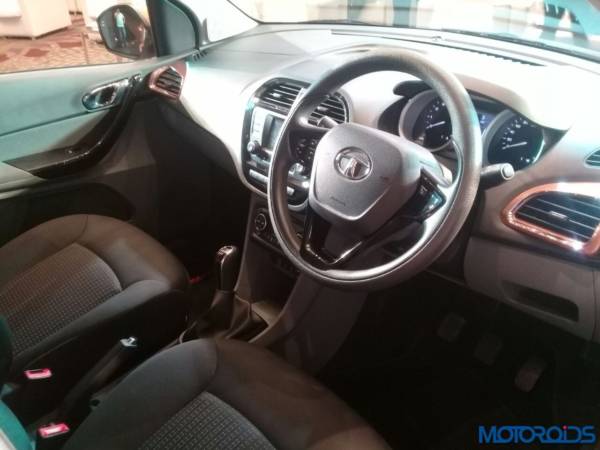 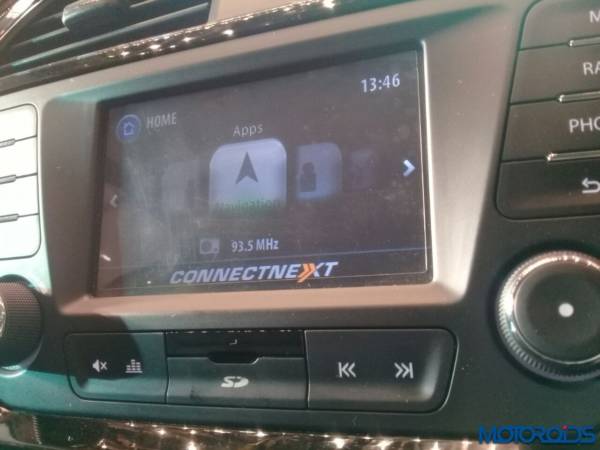 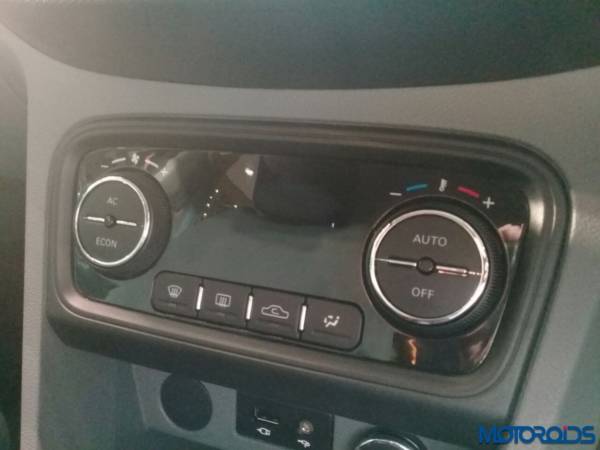 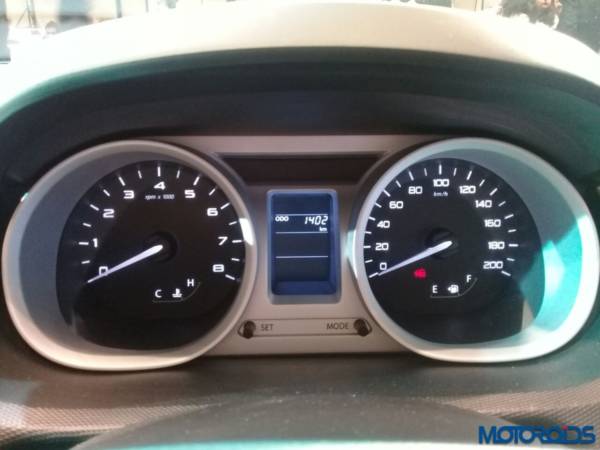 The Tata Tigor has been launched in India with prices starting at INR 4.70 lakh (ex-showroom, Delhi). Following are the variant wise prices for the Tigor (all prices, ex-showroom, New-Delhi): 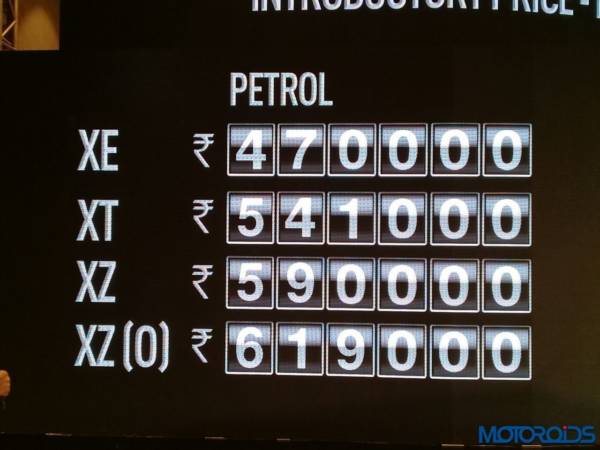 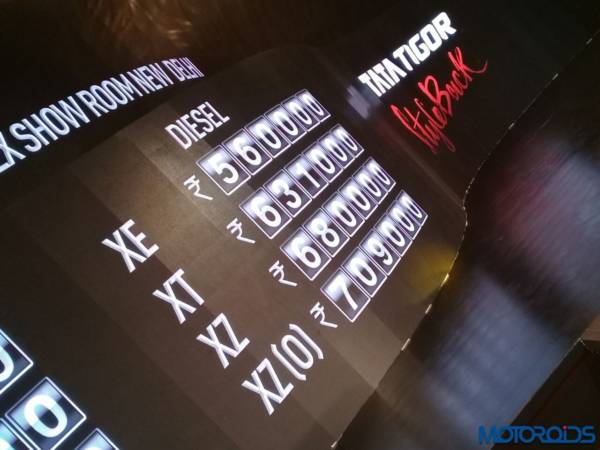 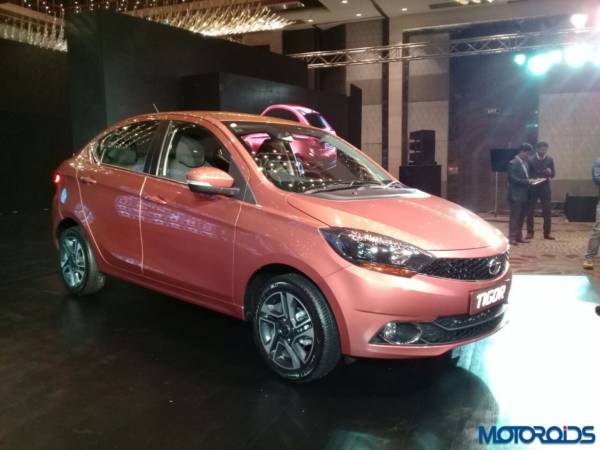 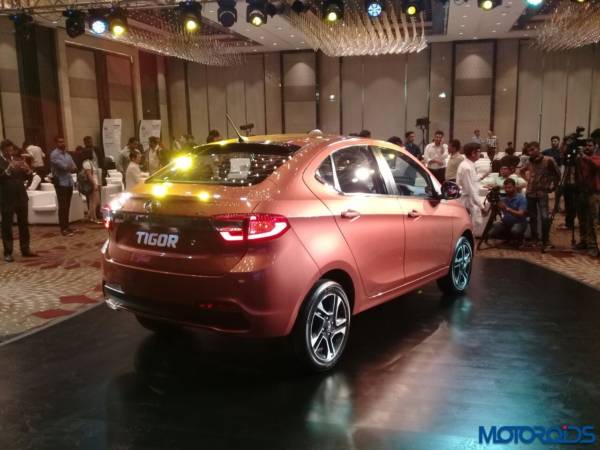 Tata Motors is all set to launch the Tigor compact sedan or ‘Styleback’ as the company refers it to. Based on the Tiago hatchback, the Tigor is the third launch from Tata Motors this year after the Xenon Yodha and the Hexa. We will keep getting you lived updates so don’t forget to keep hitting that refresh button. 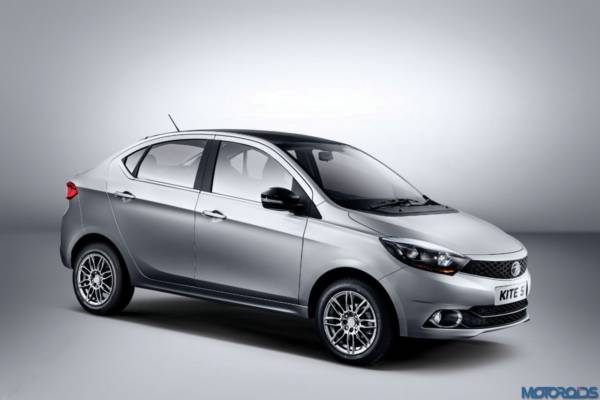 As the launch begins, let us tell you a few details of the upcoming product from the Tata Motors stable. Bookings for the Tigor began last week against an amount of INR 5000. Design wise, the Tigor receives the same front fascia as its sibling, the Tiago while the posterior receives a completely new design with the inclusion of a extended boot.

Based on Tata’s Impact design philosophy, the exterior of the Tigor include three dimensional headlamps with smoked lens, sport black bezel, sharp tail-lamps and the prominent humanity line. The interior of the Tigor will be similar to that of the Tiago, save for the touchscreen infotainment system that replaces the conventional system seen in the hatchback. A few highlights of the interior include, a dual-tone cockpit, patterned seats with bolsters and customizable air vents. 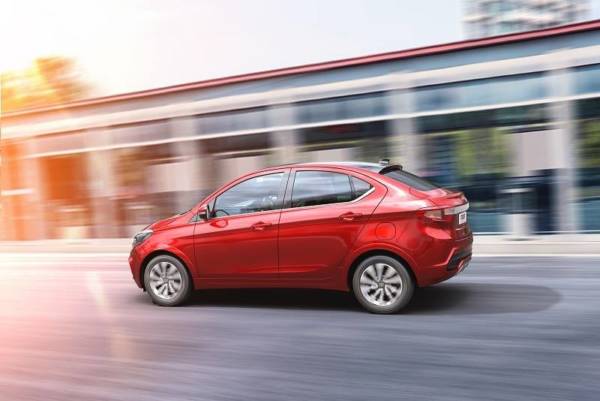 Following is an image gallery of the Tata Tigor (click to expand):