You can catch the live launch video of the Ford Ecosport here:

Here is our video review of the new 2017 Ford Ecosport facelift:

Here is a list of the variant wise prices for the 2017 Ford Ecosport facelift:

The new 2017 Ford Ecosport facelift has been launched in India with prices starting at INR 7.31 lakh (ex-showroom, Delhi). 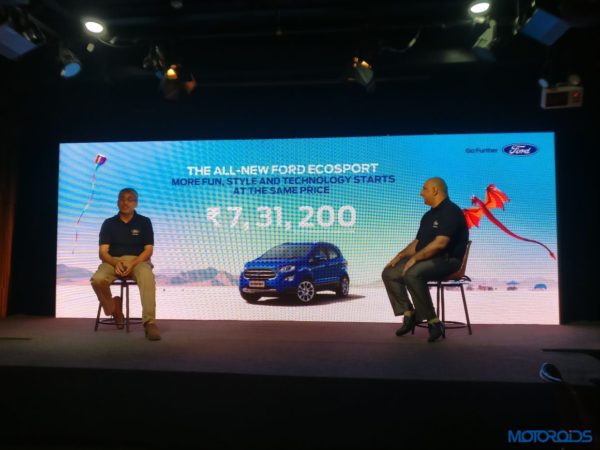 Following are the variant wise prices of the new 2017 Ford Ecosport facelift which remain unchanged as compared to the outgoing variant (all prices, ex-showroom, Delhi): 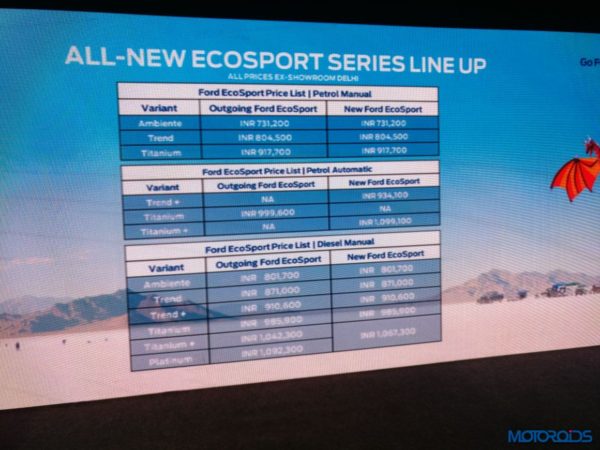 A few other highlights of the Ford Ecosport facelift include the AC which is said to bring down the cabin temperature from 50 degrees to 25 degrees in 15 minutes, a floating eight inch touch screen infotainment system with Sync 3, Apple CarPlay, Android Auto and voice command; an all new 1.5-litre Dragon petrol engine and an all new six speed automatic transmission. 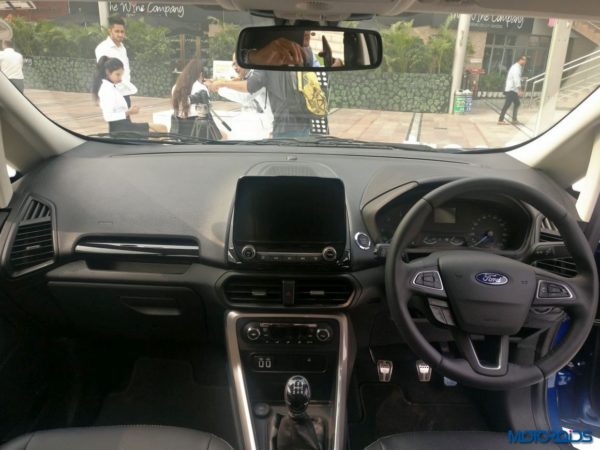 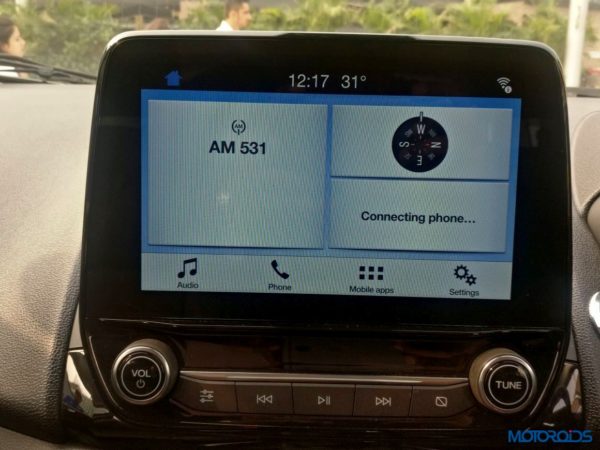 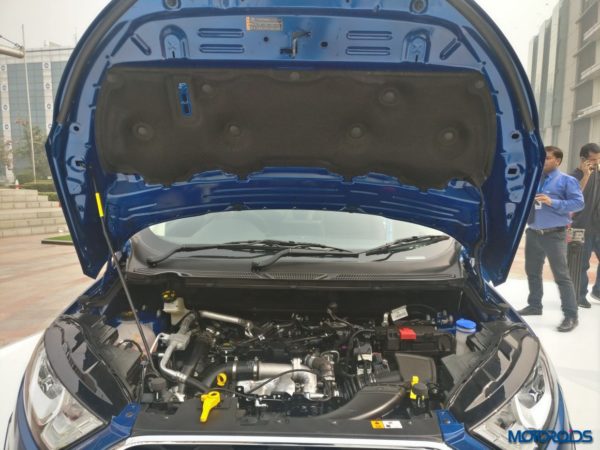 According to Ford India, fun, safety and technology are the three promises of new Ecosport facelift.

Design wise, the Ecosport facelift features a grille moved a bit higher when compared to its predecessor, a blue oval in the center of the grill like all other Ford SUV’s, bigger and wider wheels with new alloy wheel design, comfortable seats with more cushion, seven more storage spaces than the outgoing variant of the Ecosport. 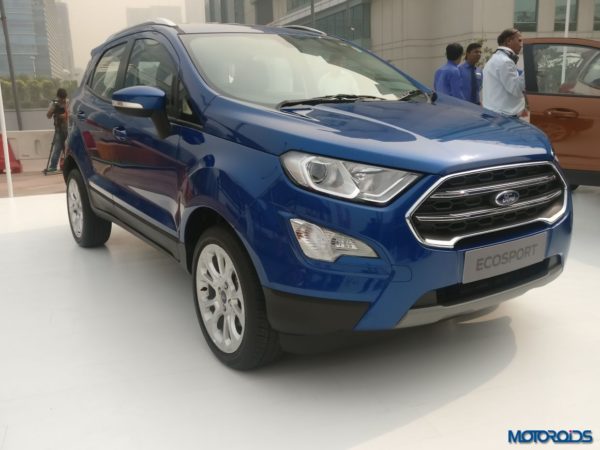 Redesigned with close to 1600 new parts, the Ford EcoSport facelift features a reshaped front, and a large upper trapezoidal grille and lower grille. The facelifted EcoSport will be equipped with the new 1.5-litre petrol Ti-VCT engine that is claimed to be smaller, lighter, stronger and more efficient than the previous generation and will deliver 123 PS of power. 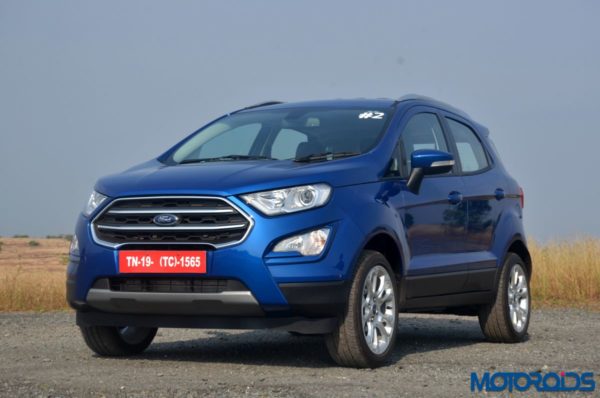 The new 2017 Ford EcoSport will also feature a Ford signature grille and bigger projector headlamps and fog lamp bezel. Also on offer will be a new instrument panel and SYNC 3 with an eight inch floating touch screen, supporting Apple CarPlay and Android Auto.

Keep hitting that refresh button for live updates straight from the launch in Delhi.