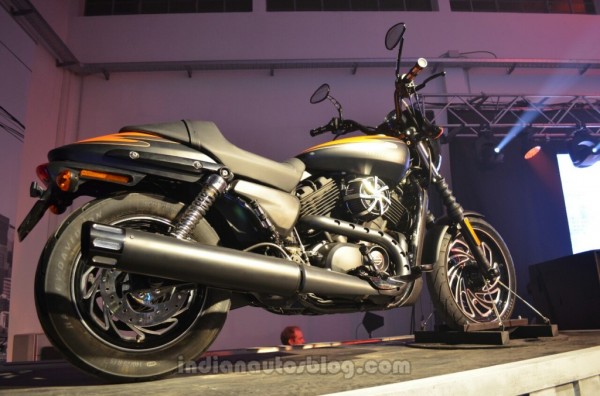 The wait is OVER! The highly anticipated Harley Davidson Street 500 and Street 750, which are not just headed to us but will be even manufactured here, have been unveiled at Milan. The unveiling ceremony took place before their EICMA debut, which would take place some hours later.

The new Street duo would soon become the entry level models in the iconic bike maker’s product portfolio and would make the entry into the coveted Harley club a lot easier. These bikes will be built at Harley Davidson’s India based manufacturing facility. Heavy localization and local manufacturing would ensure that the bikes have an ultra competitive pricing when they go on sale in our country. The Street 500 is likely to boasts of a price tag of around INR 4 lakhs and the 750cc variant could be priced closer to the INR 5.5 lakhs figure. 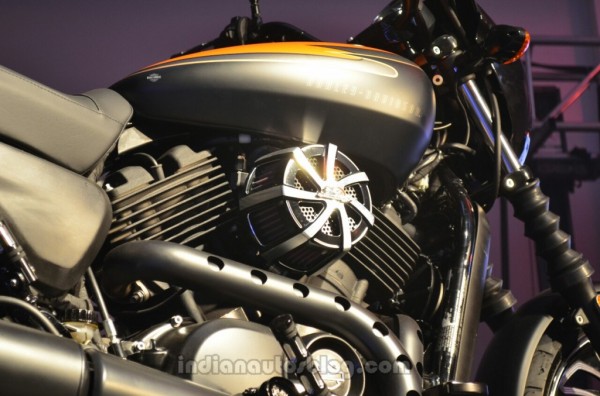 While the technical specs haven’t yet been announced, it is a well known fact that these mo’bikes are built on new platforms and motors. As is obvious from the nomenclature, the Street 500 would have a 500cc V Twin motor that would pump upwards of 40bhp. The 750cc variant is likely to have a peak power output of upwards of 52bhp. The engines have a V Twin layout and benefit from liquid cooling and fuel injection. The good chaps at IAB say that Harley has announced that these motors would have an exhaust note of an air-cooled engine. Both the motors are attached to a 6 speed manual ‘box and the bikes ride 2 inches higher than the Iron 883. The dry weight of the Street 500 is rated at 217 kg.

The bikes will go on sale with two color options- red and black.

Stay tuned to Motoroids for more updates on the two new Harleys.

Go to next page for more pics of the two new bike.