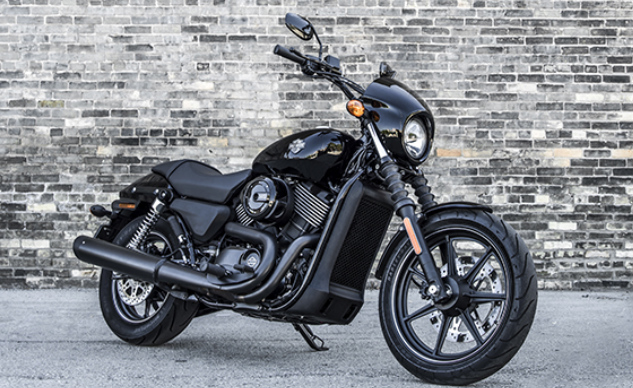 After enough of our desi snaparazzi’s chasing the new Harley Davidsons during their secret runs on the highways of Haryana- the two motorcycles have been officially unveiled by the Milwaukee based manufacturer at the EICMA 2013.

Christened as the Harley Davidson Street 500 and Street 750, the two bikes represent a new crop of motorcycles on an all new platform from HD in a span of 13 years. Harley Davidson claims these two new motorcycles fall under the Dark Custom design and are aimed at young riders in urban environments.

The 2014 Harley Davidson Street 500 and Street 750 feature a new liquid cooled Revolution X engine mounted on a a slim and agile frame with a low ride height. Minimalistic in styling, the two new bikes get a new set of suspension and a wider handlebar.

Speaking during the unveil, Matt Levatich, President and Chief Operating Officer- Harley-Davidson said “Both the Street 750 and Street 500 were designed with thousands of hours of input from young adults in cities around the world. This input guided both the attitude and capabilities of these motorcycles. They are proof that being customer-led continues to be a core driver of our product development process. Adding to Levatich’s statement Mark-Hans Richer, Senior Vice President and Chief Marketing Officer, Harley-Davidson remarked “These new bikes are leaner, yet still have a mean streak – they’re the real deal, made of real steel. They’re designed to handle the abuses of urban environments and provide authentic opportunities to customize.”

The 2014 Harley Davidson Street 500 and Street 750 are expected to hit dealerships in select markets starting next year. Though nothing has been said particularly said about it’s availability in the Indian market, it’s quite easy to get the drift with Richer hinting on “abuses of urban environments”.

So we’re expecting the two new Harleys on the block to be here next year. How competitive Harley prices these motorcycles is something everyone would be waiting for. Start your countdown folks!