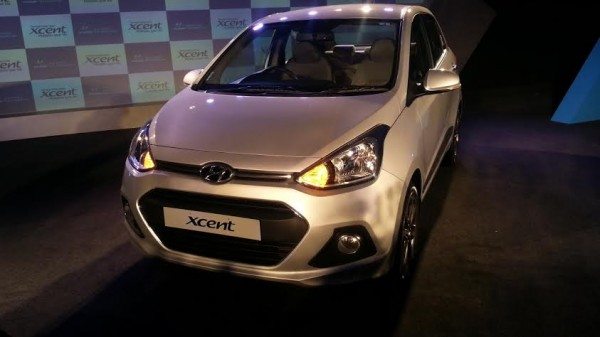 We are reporting LIVE from new #HyundaiXcent India launch event here in Delhi and the latest compact sedan to have entered the Indian market has gone on sale for a starting price of INR 4.66 lakhs. As the new Hyundai Xcent India launch is still in progress, we request you to keep hitting Ctrl+F5 every few minutes to view the updated thread. 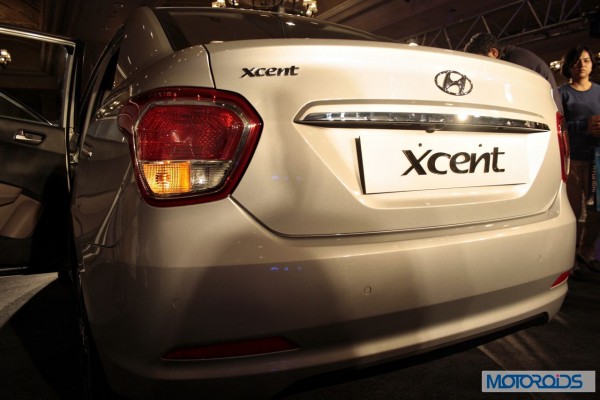 As we have been saying, the new #hyundaixcent compact sedan is basically a ‘booted’ variant of the Grand i10,which is the latest generation of the i10 hatchback. The new Xcent becomes a direct rival to the high selling Maruti Dzire and the well-received Honda Amaze, which are basically compact sedan variants of the Swift and Amaze respectively. The new Hyundai Xcent compact sedan measures little less than four metres in length, which means it benefits from excise duty cuts being offered by Indian Government. Ultimately, thanks to the competitive price tag, it is the buyer of these sedans that benefit from competitive pricing.

Visually, except for the rear section, the new Xcent’s exterior design closely resemblance that of the hatchback sibling and the two cars share many body panels between them. On the inside too, the new Xcent is very similar to the Grand i10 and benefits of quality plastics and long features list. 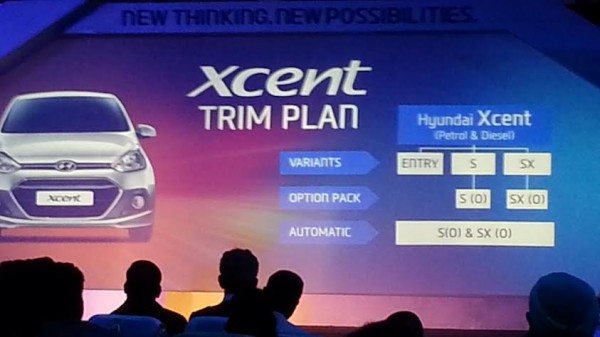 The new Hyundai Xcent has gone on sale in three trim levels- Base, S and SX. The high end trim levels also get an option pack, which have been classified as S(O) and SX(O).

Highlights of the car’s features list (not applicable to all variants) are as follows:

The car has gone on sale in six body colours.

Powering the new Hyundai Xcent is the same set of motors that power the Grand i10, which means that the car gets a 83 PS, 1.2-liter four cylinder Kappa2 petrol engine and the new 72 PS 1.1-liter U2 three cylinder diesel engine. The petrol engine also gets an option of a four speed automatic transmission. The auto tranny is available in S and SX only. The diesel variant is available with the five speed manual ‘box only. Hyundai India claims that the Xcent Diesel has a fuel mileage of 24.4 kmpl. The car maker also claims having worked on this oil burner, to extract 13 per cent more torqur and FE. The petrol automatic variant has a claimed fuel mileage of 16.9 kmpl.

Stay tuned to Motoroids for full details on the new Hyundai Xcent. 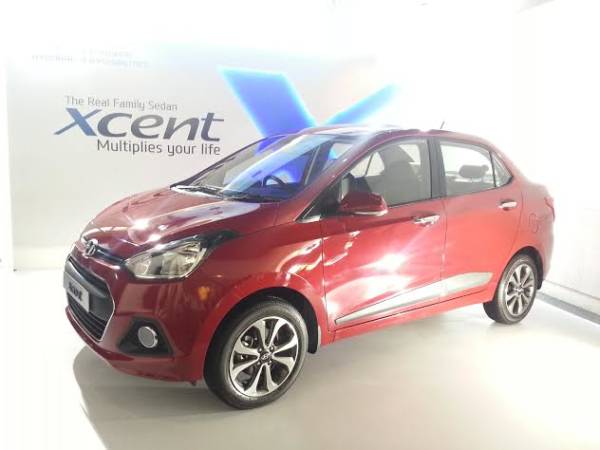 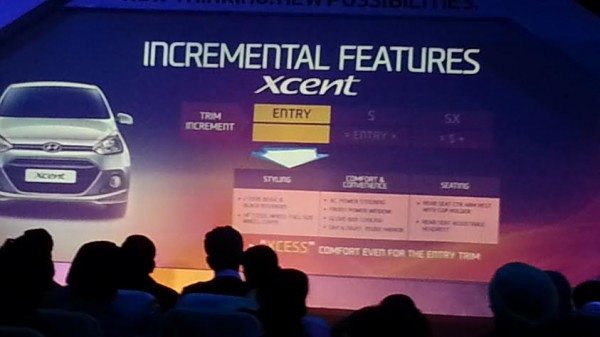