Minutes ago, we brought to you LIVE coverage of the new Hyundai Xcent India launch event. (CLICK HERE for the LIVE thread). The new Hyundai Xcent has been launched in India at a price of INR 4.66 Lakhs and becomes the fourth sub-four metre sedan, after the Tata Indigo CS, Maruti Swift Dzire and Honda Amaze, to have come to us. While all three of the aforementioned cars here would face heat from the advent of the Xcent, it is the Dzire that might have to face a really tough time from the arrival of the Grand i10 based compact sedan.

The Dzire, which is in its second generation now, is currently the highest selling sedan in the country and scores heavily on VFM and reliability factors, along with re-sale value and brand recognition. Now, Hyundai Motor India Ltd is the second highest selling brand in the country and has some really successful cars on sale today. HMIL has already managed to eat into the sales of MSIL and with the introduction of the Xcent, it might very well be seen snatching huge chunk of market share from the makers of Dzire. So, has HMIL got it really right with the Xcent? While we would like to reserve our comments on the car’s performance and other such parameters until we drive this car later this month, we have come up with a quick comparison of the prices, specifications and features of the two foes. 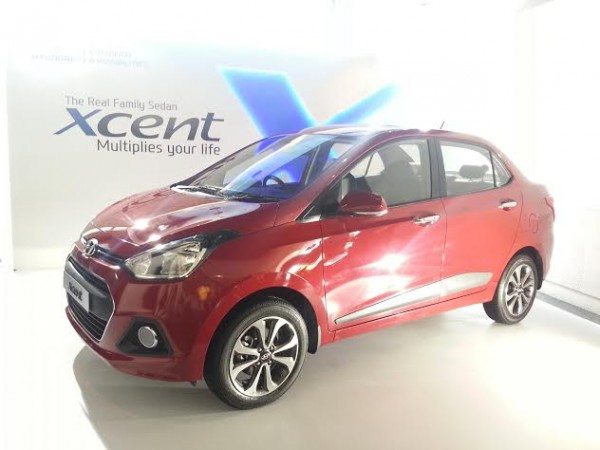 Launched at a starting price of INR 4.66 lakhs (ex-Delhi), the new Hyundai Xcent is almost INR 20,000 cheaper than the bare-basic petrol variant of the Dzire. Even the automatic variant, at INR 6.28 lakhs, is full INR 33,000 cheaper than Dzire AT.

As can be seen in the above price list comparison, Hyundai Motor India Ltd seems to have come up with a really well-thought of price list for its new baby. While the ZXI AT, the only automatic variant of the Dzire has been priced at INR 6.61 Lakhs, the AT S(O), the entry level auto variant of the Xcent, is priced more than INR 30k lower. However, there is more to this comparison than just price-differences. While we have to give it to HMIL for being able to bestow the Xcent with prices that undercut those of the Dzire by a considerable margin, the car maker has been very clever with the way it has divided the equipment and features between the variants of its new car. For instance, while the ZXi AT comes equipped with ABS and Airbags as standard, the S(O) gets only ABS. For airbags, the buyer of the Xcent will have to go for the SX(O), which costs almost INR 50k more than the Dzire AT and 90k more than Xcent S(O) AT! However, there is another way to look at it, for opting the fully loaded model also brings in many more features such as 15 inch diamond cut alloys, music system with 1 GB internal memory, reverse parking camera, et al.

Please note- None of these features are available on the Dzire, not even as optional extras!

Without further beating around the bush, we would like to state that HMIL has done a fantastic job with the way it has priced the new Xcent. The Xcent is easily more feature-laden than the Maruti Swift Dzire, the current top-seller in its segment, and on the same time, comes across as better priced than its popular rival.

While we believe that Hyundai has another winner in its hands, only time will tell if it would scare the living daylights out of the makers of the seemingly unconquerable Dzire. Stay tuned to Motoroids for more on this. 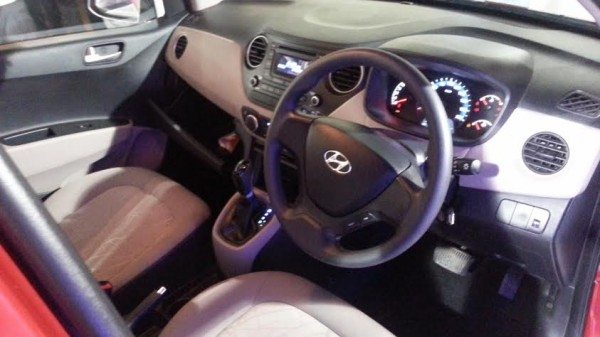 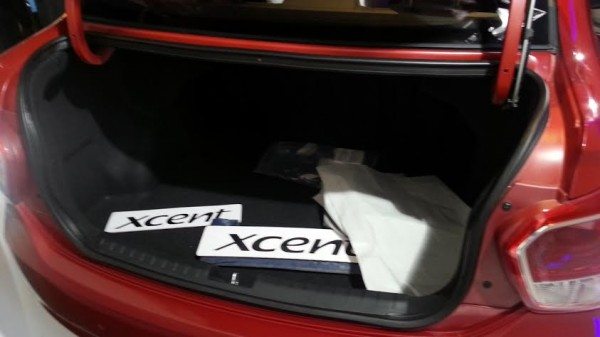