The Global Preview preview of Ford India’s Compact Crossover based on the Figo platform is underway. The new car is called the Ford Freestyle. We are at the launch event right now and will update this post as and when things unfold. So stay tuned and keep refreshing the page for the latest updates. You can watch the unveiling event live in the webcast below. Following it, there are the details we know thus far, and the updates about the car

New bonnet, new grille and headlights with No DRLs or Projector Lamps.

Freestyle has 15mm more ground clearance than the  Figo hatchback, and also a wider track.

All the variants will get touchscreen infotainment system with a 6.5-inch unit along with the much acclaimed Ford Sync 3.

Top versions will get six airbags as well.

The Freestyle also gets differently tuned suspension and a lighter steering for easy manuvering and better ride quality.

Some images of the interior of the car – journalists are not allowed entry inside, the car is locked!!!! 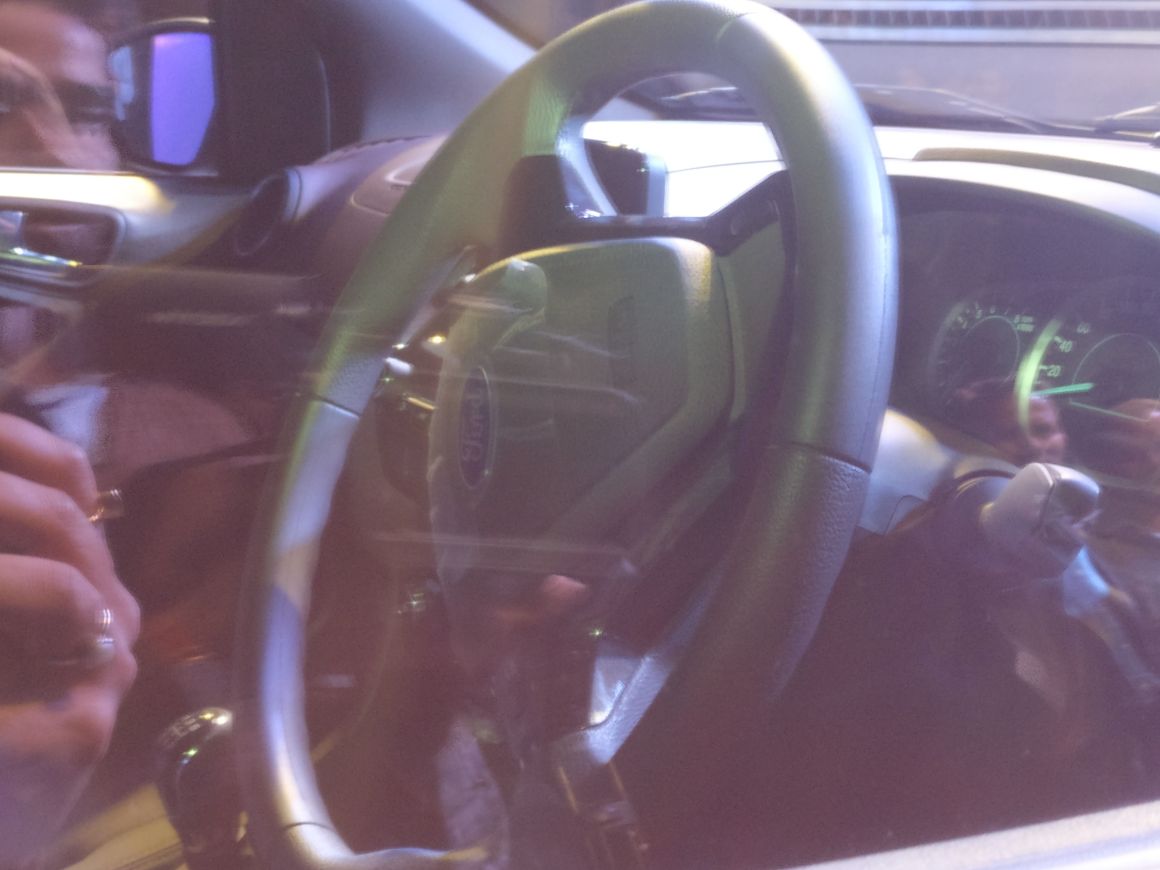 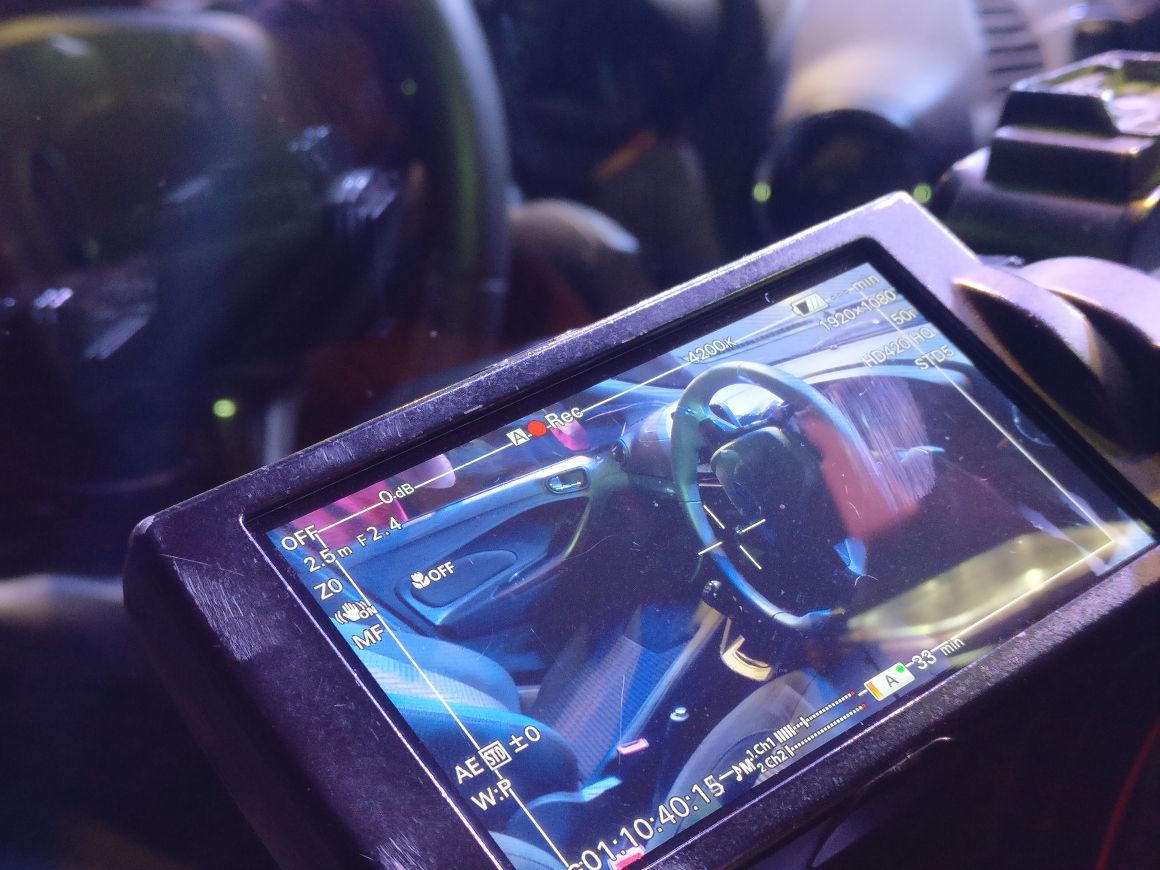 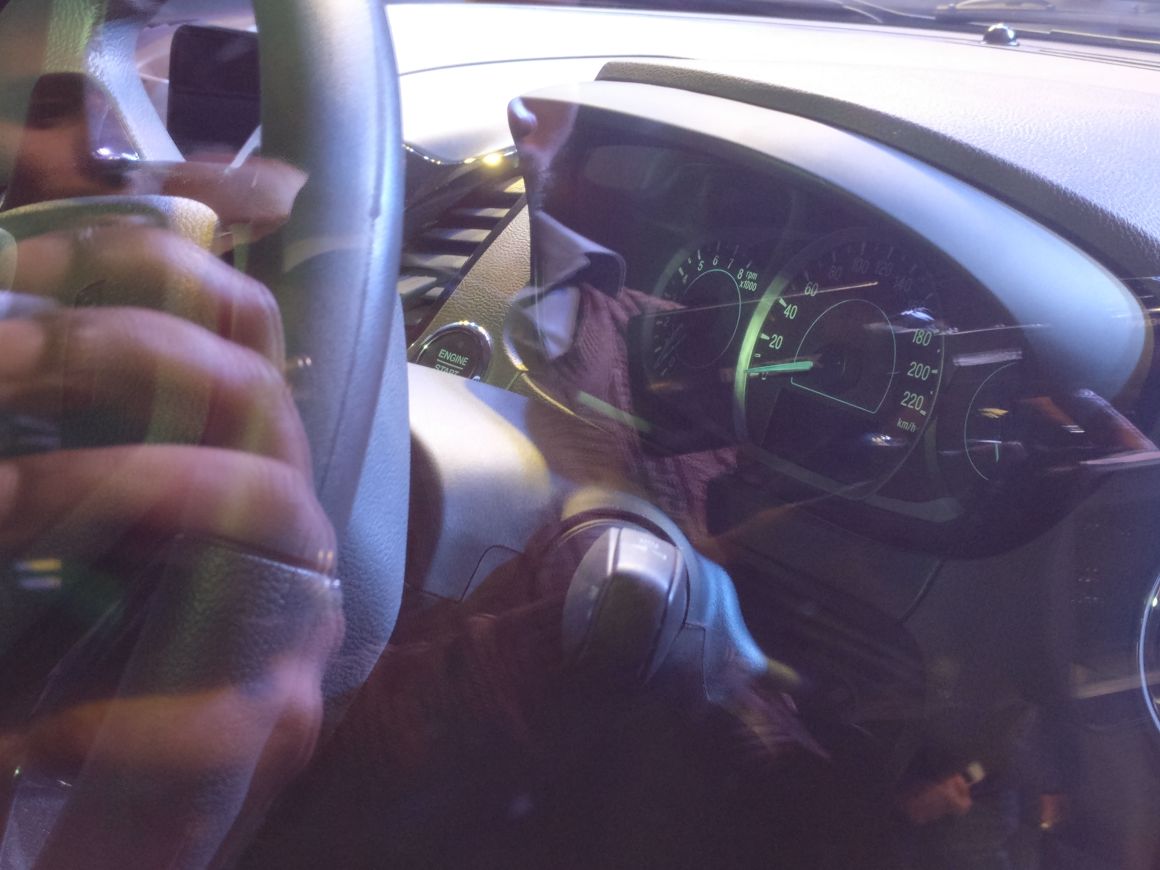 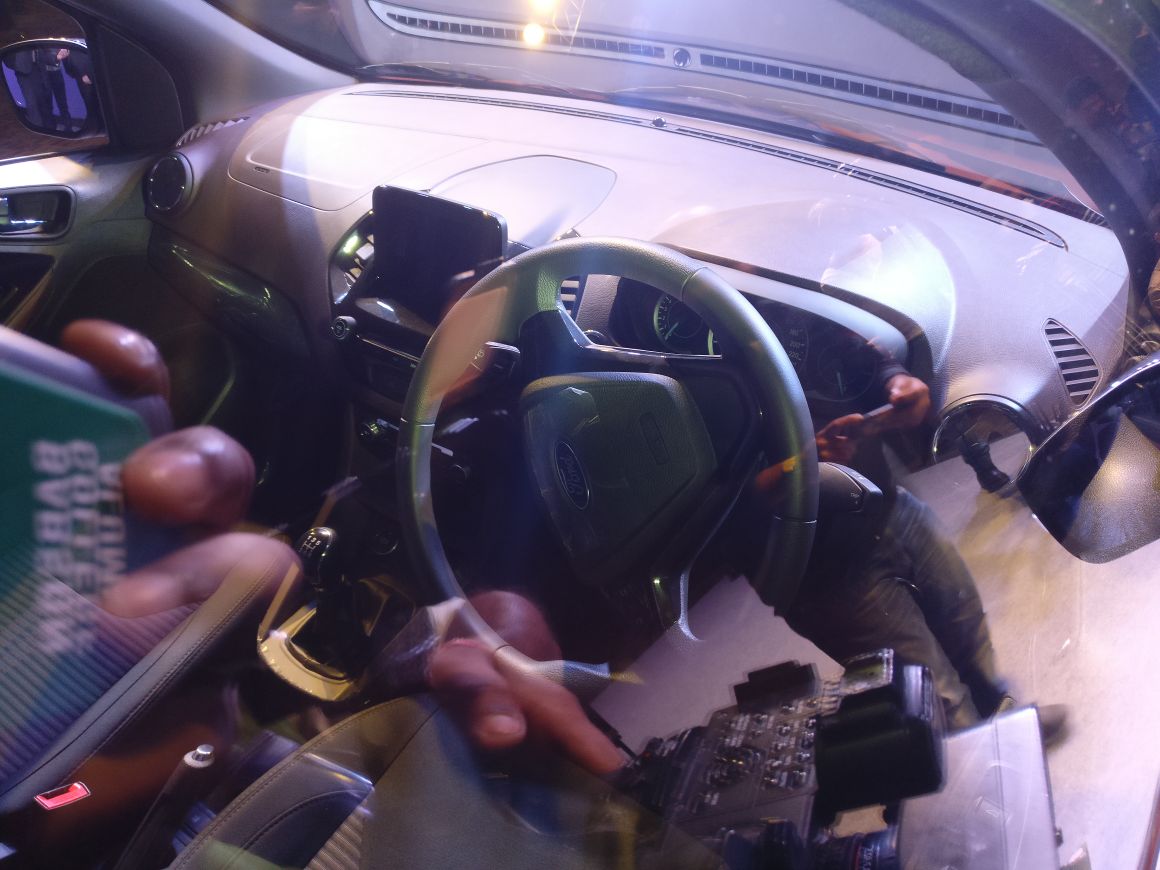 Images of the rear, along with some close-ups of the headlight and the grille. 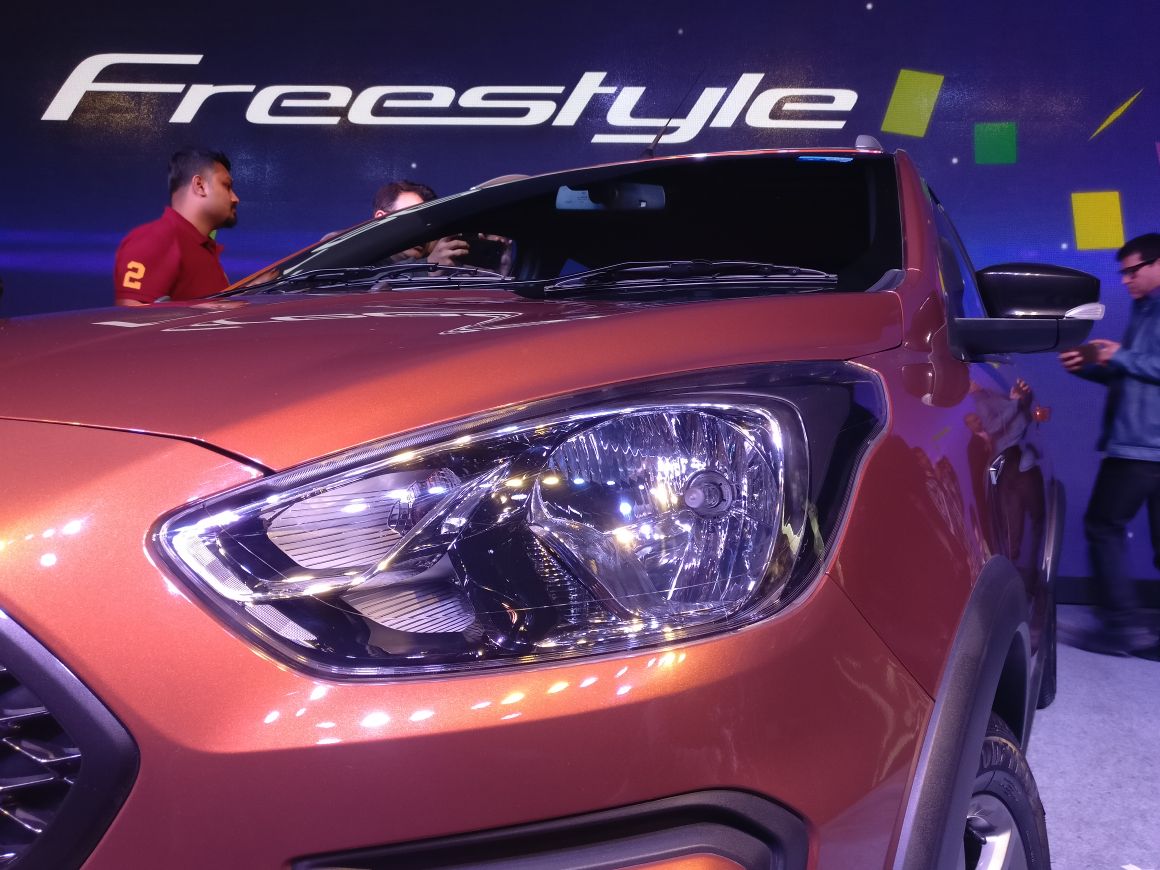 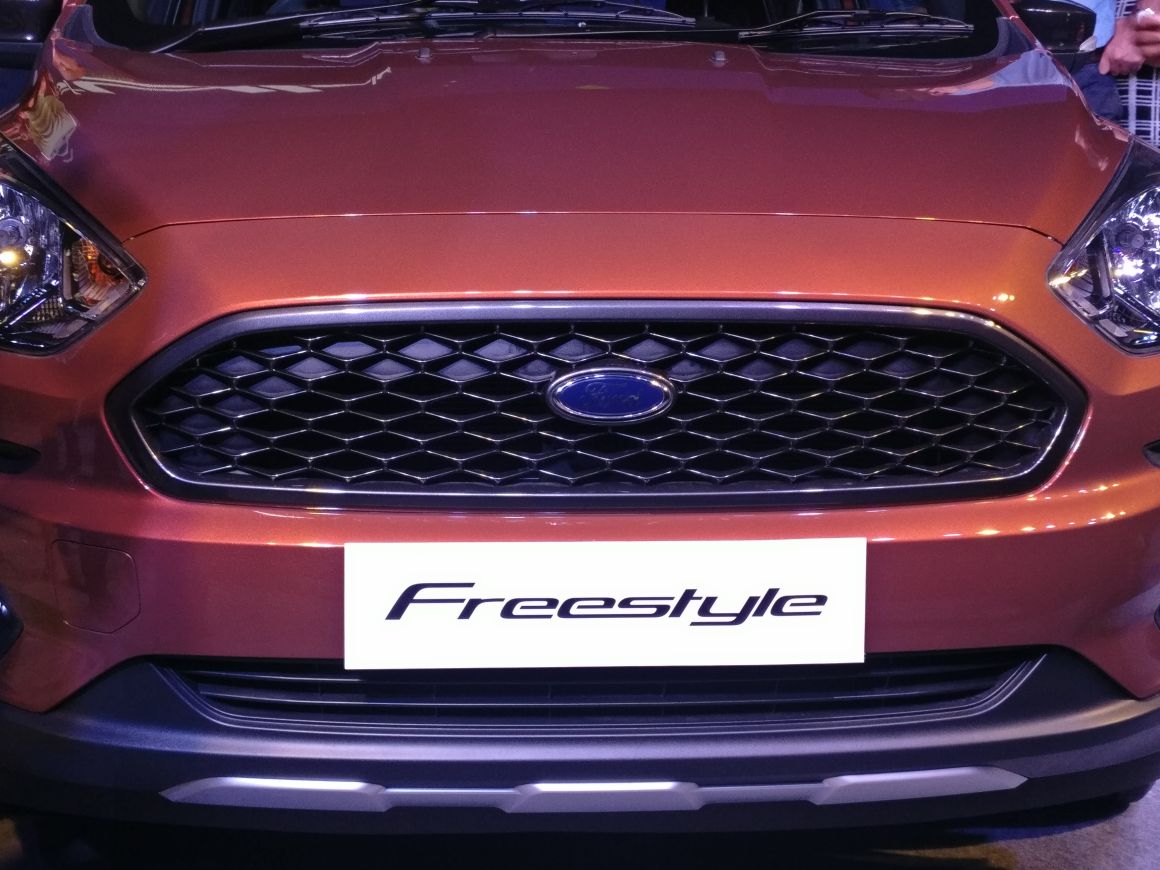 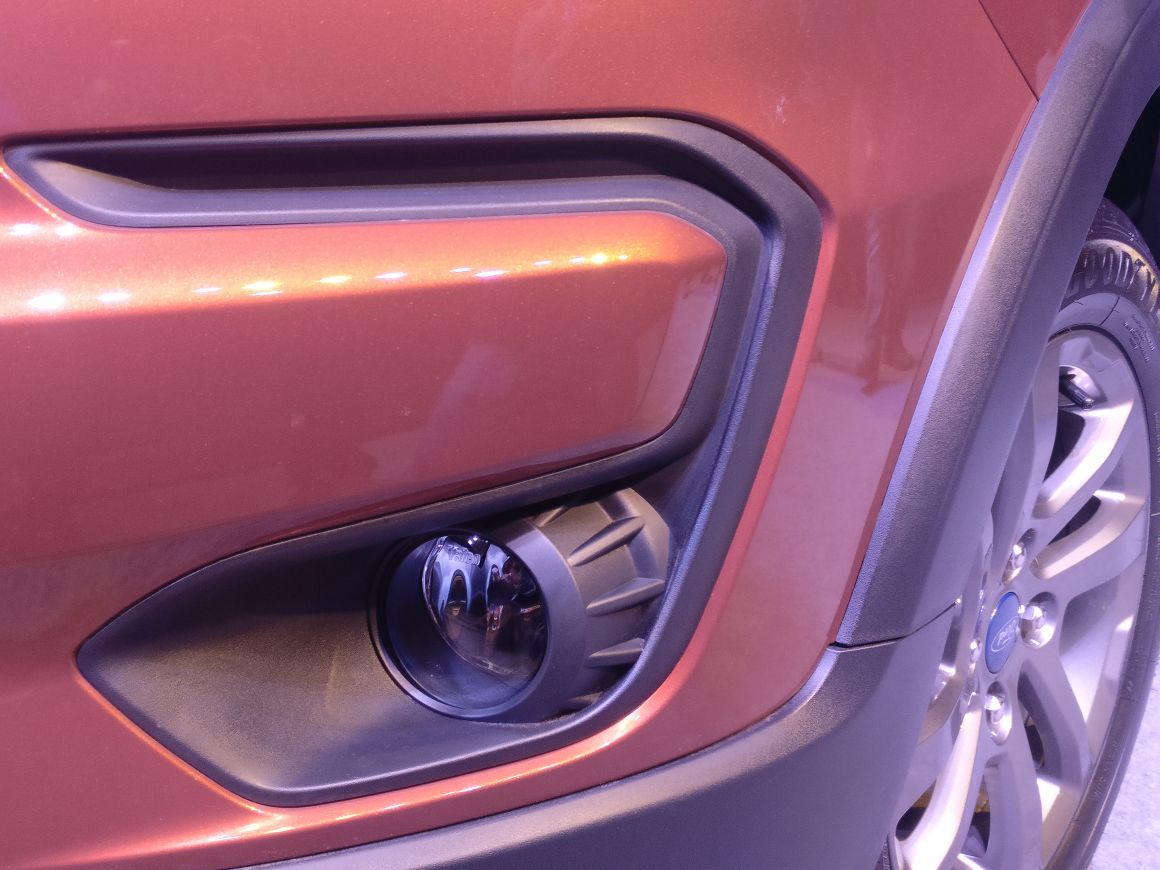 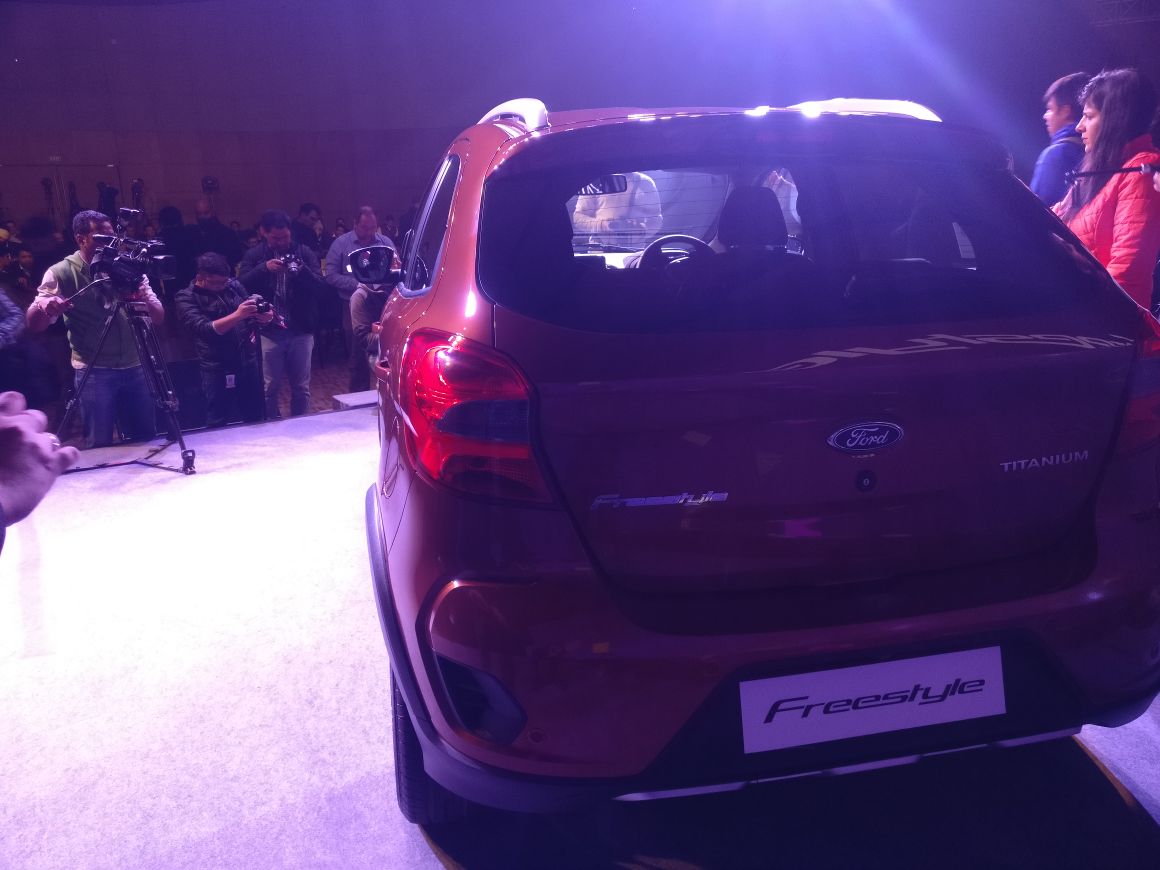 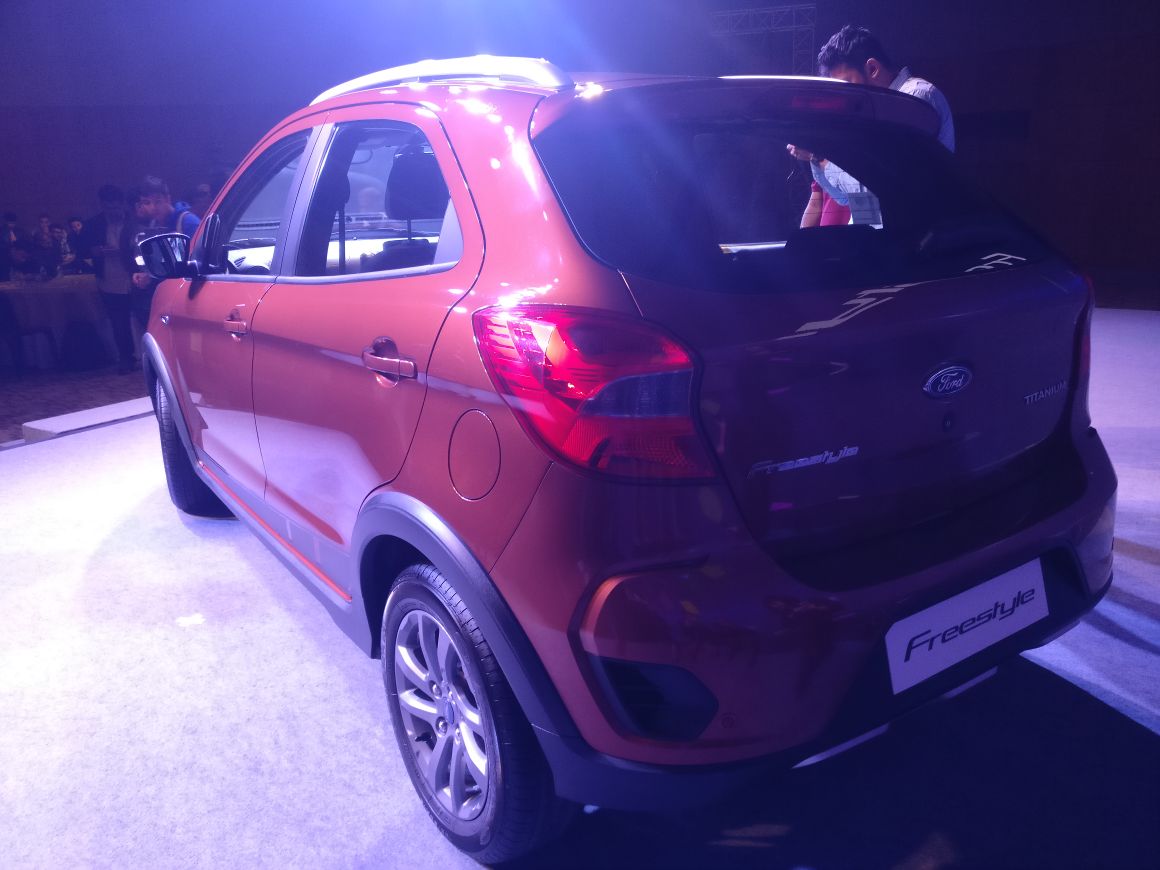 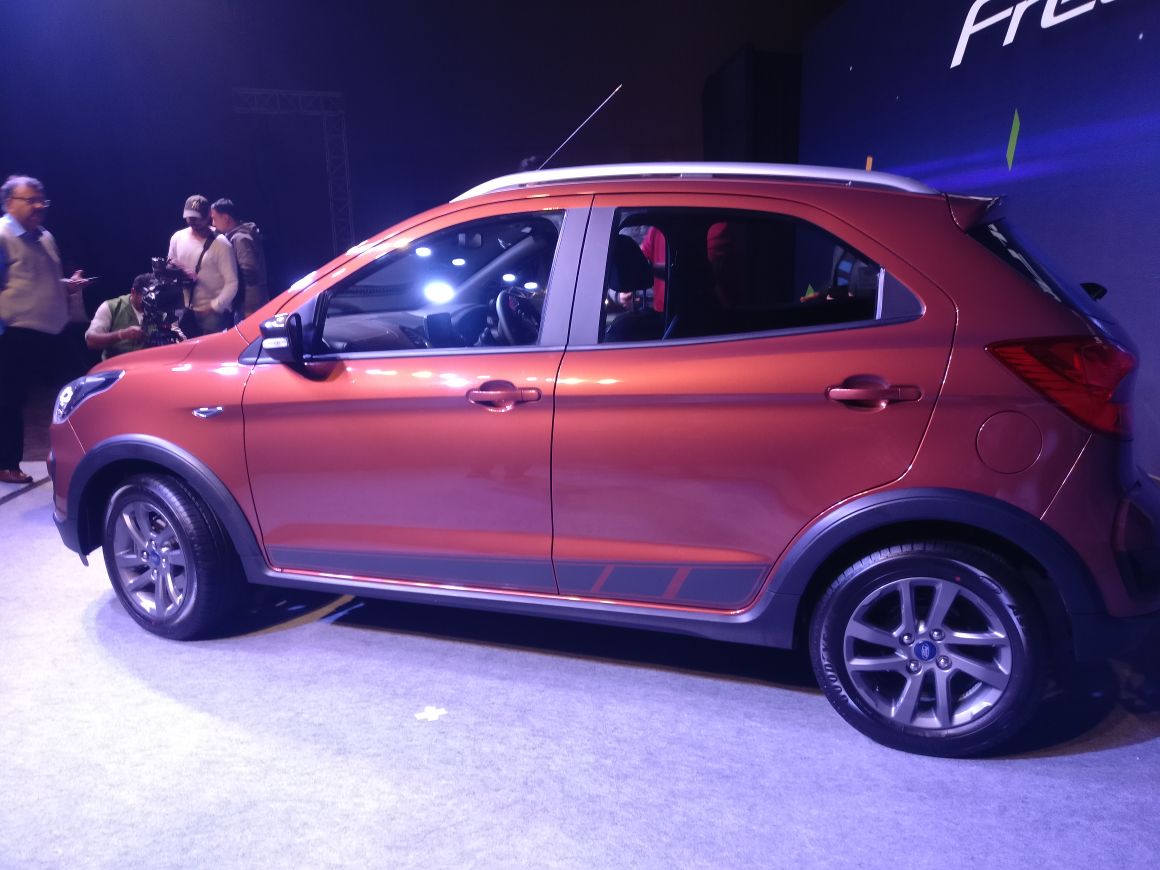 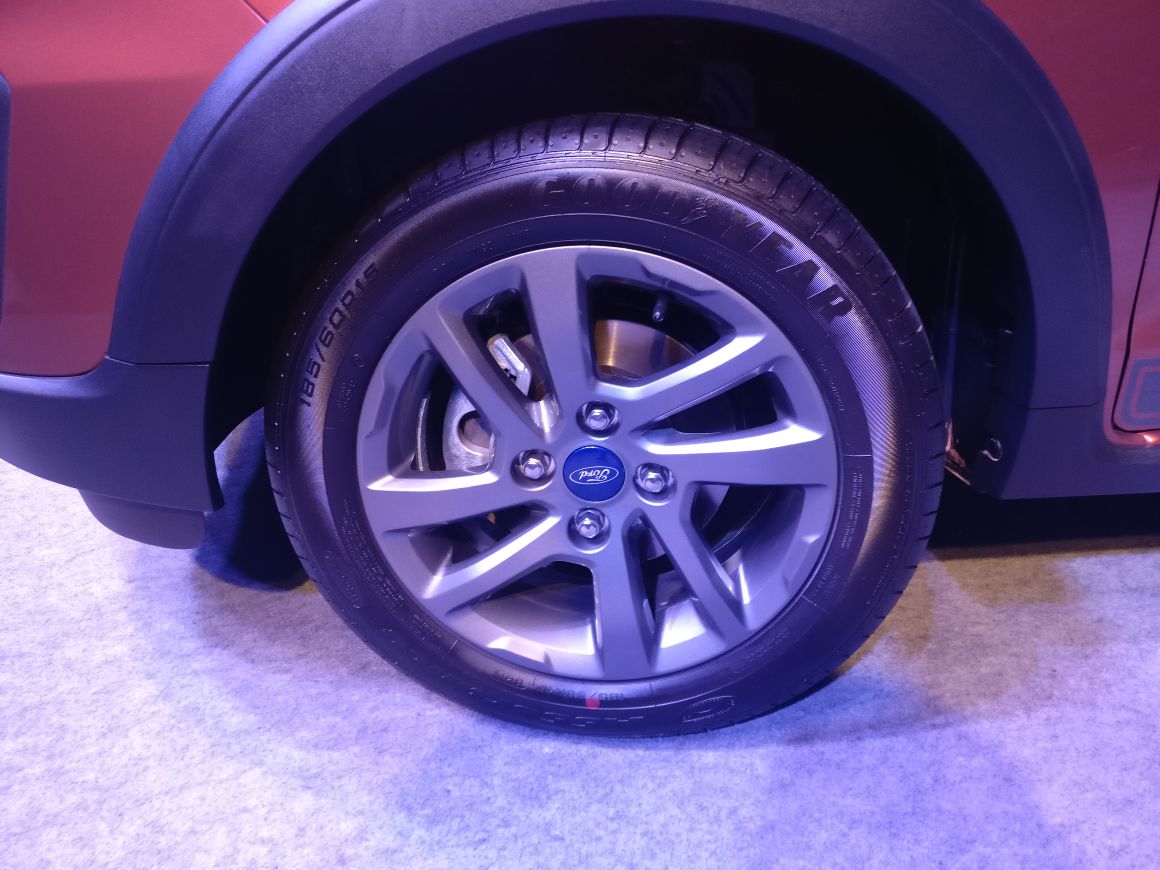 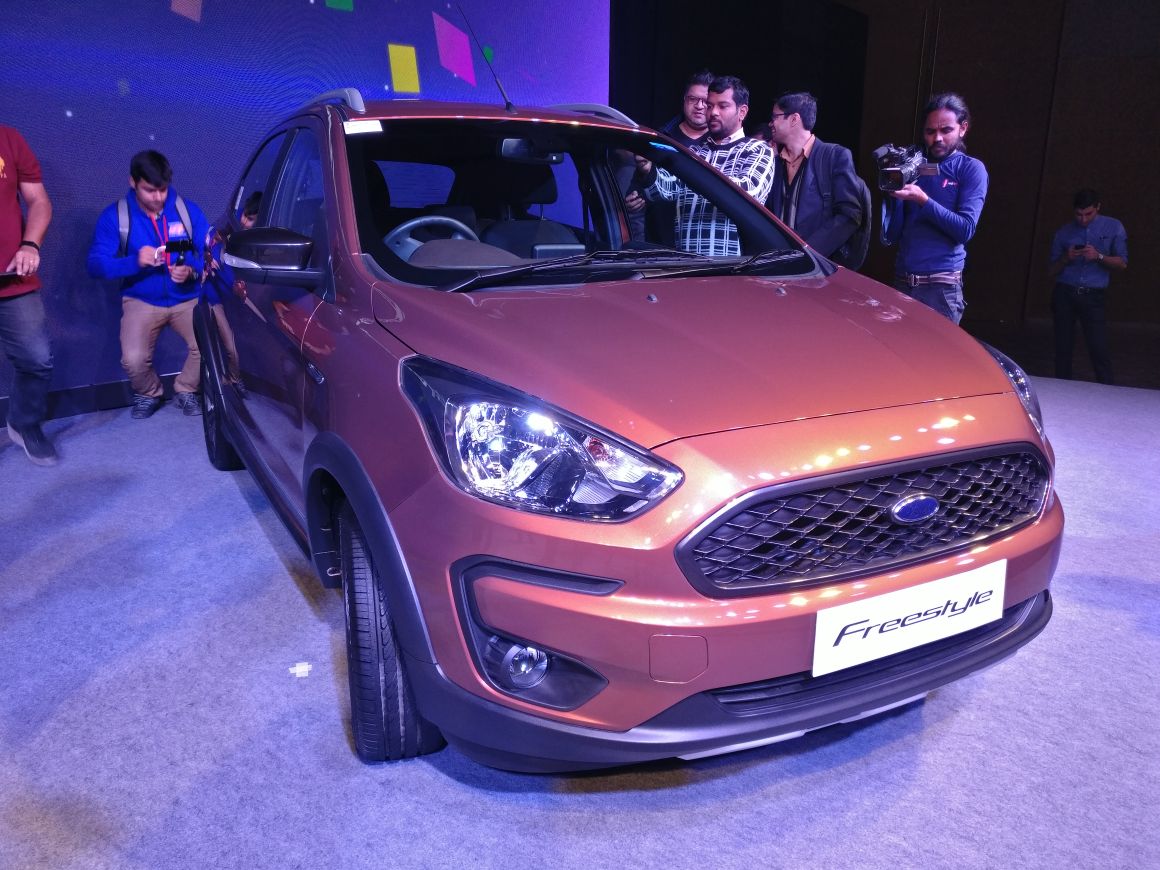 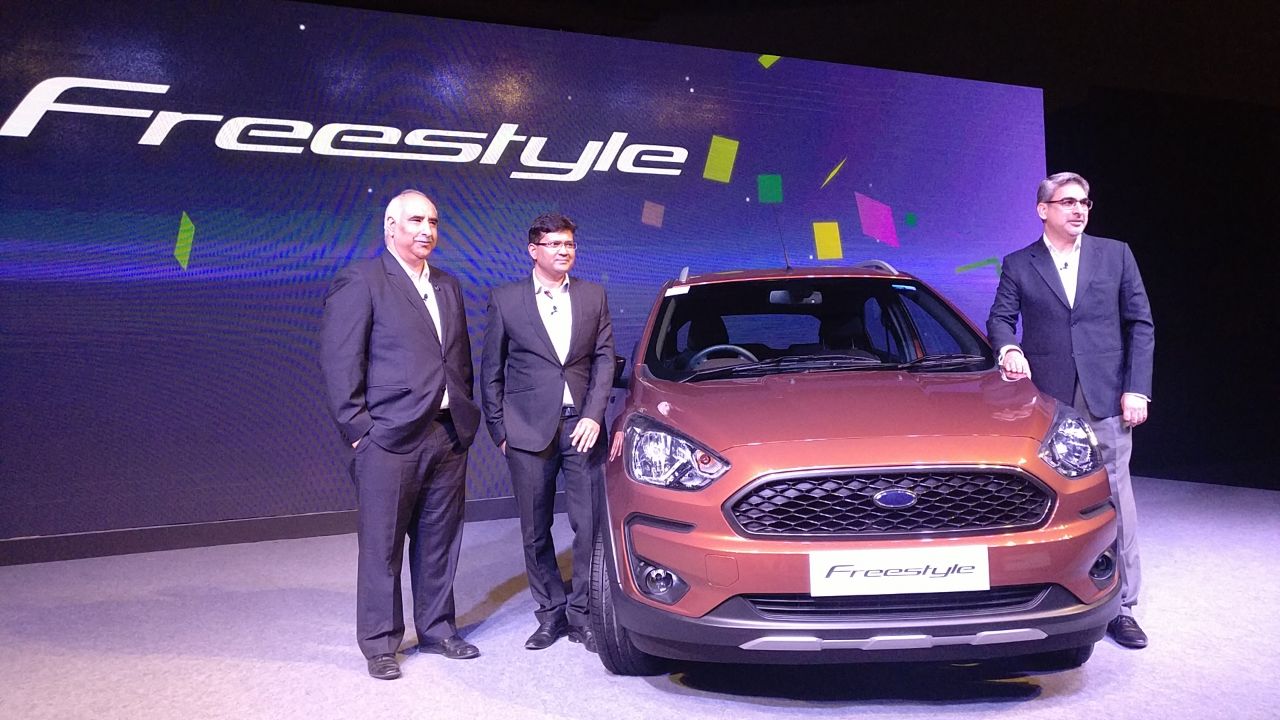 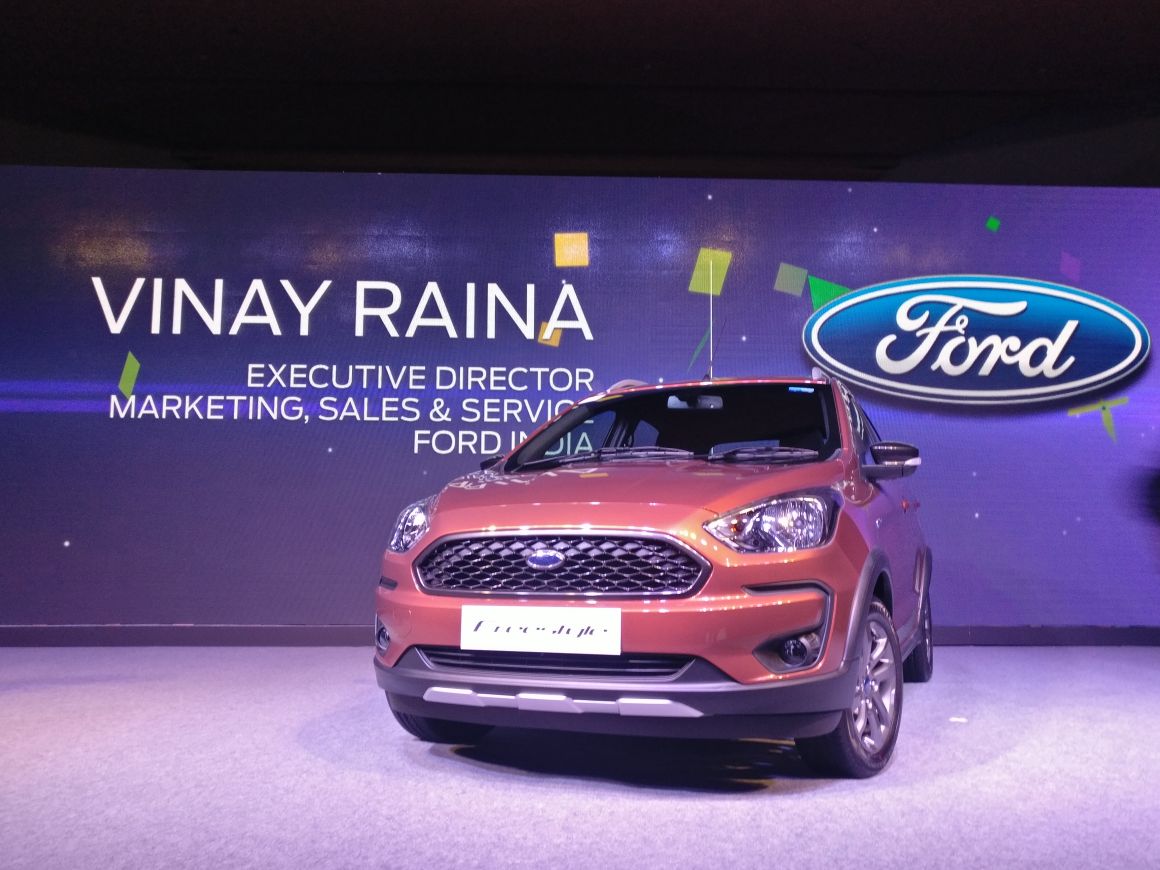 Here’s a clear, official image of the car! 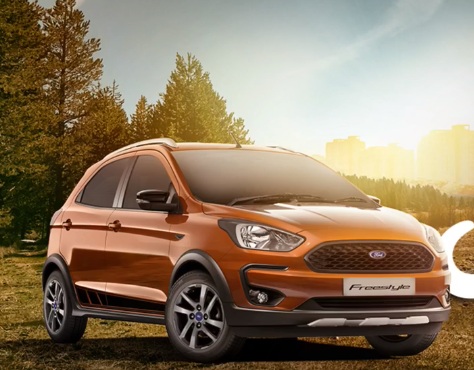 Design changes include underclaaing, rugged grille, roof rails, higher clearance and some other changes made to the Figo’s cabin.

The car wilkl be launched in the second quarter of 2018, which is April-June 2018. The prices of the car will be announced only then

The car will get a New 1.2 litre three cylinder petrol angine with 94hp of power, 120NM of torque and good fuel efficiency 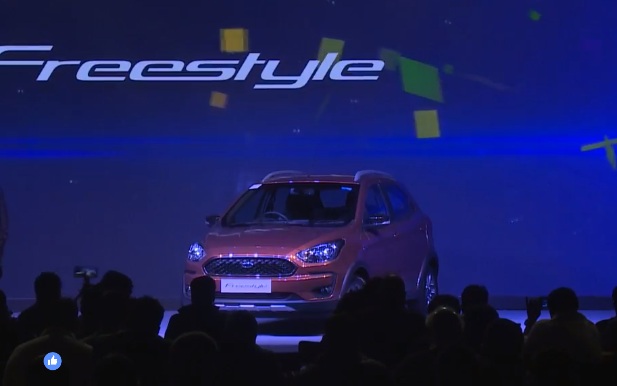 The car is getting unveiled now, arrives on the stage

Meant for the free-spirited youngsters, who don’t regret anything, and enjoy life

The new car if OFFICIALLY called the FORD FREESTYLE

Target Audience motto – Do everything, regret nothing. Doesn’t let challenges or lack of resources stop them from doing things they like.

The new Frestyle will bring diversity to the Ford lineup in India. The new product is expected to be connected, cool and great to drive.

Ford India talking about how they are working hard to make sure that their services and spares are the most competitively priced and the whole process of pricing is very transparent with spares prices put openly on the website.

The Figo based crossover has been spotted on several occasions in the past, most recently in December 2017 when the upcoming car was seen with absolutely no camouflage. While the overall design will be identical to the Figo hatchback, the Fogo Freestyle will feature faux styling elements to make it look more rugged and ready for adventure. Upfront, the crossover will feature slightly different front grille, black cladding overall, and what appears to be faux cladding beneath the front bumper. We may also see LED DRLs on the top-end variant of the crossover. Lastly, adding to its crossover character, would be a pair of roof rails.

The recent sighting of the Figo based crossover reveal the top variant of the vehicle, equipped with alloy wheels, and ORVM integrated blinkers.  Interiors are expected to feature manual controls for the aircon and a floating infotainment display which made its debut with the facelifted Ecosport.

Powering the Figo Freestyle will be Ford’s new 1.2-litre, 3-cylinder Dragon series petrol engine. Diesel-powered variants will be pushed by Ford’s refined 1.5-litre motor which remains good for a 100bhp. Both engines will be paired with a 5-speed manual gearbox.