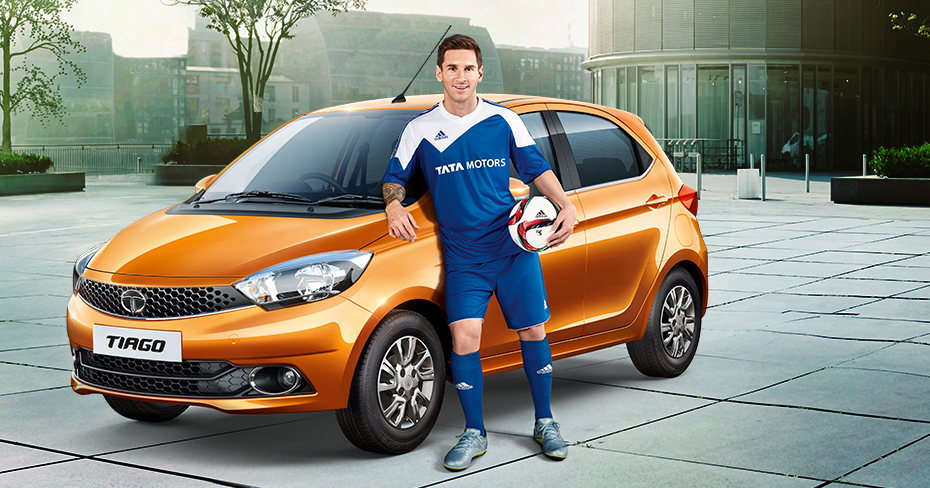 International football superstar Lionel Messi’s retirement from international version of the sport has come as a shock to billions of his fans worldwide. While most of us wouldn’t have thought about it, the development may also have had some bearings on the sportsman’s association with the brands he endorses, including Tata Motors which signed the footballer for its passenger vehicle portfolio in a two-year contract. The Indian carmaker, however has said that the Argentine star’s decision will not affect his association with the company as its global brand ambassador.

Messi’s decision seems to be somewhat emotionally driven after he missed the penalty against Chile in the finals of the Copa America Centenario, which in a way led to his team’s defeat. However, Tata Motors have officially said that their dealings with Messi don’t change with the sportsman’s decision. “This does not change our association with him,” a company spokesperson was reported as saying.

Tata Motors had hired the international football superstar as its global brand ambassador in November last year. The two year contract also had an extension clause. Tata Motors plans to engage youngsters through its association with Messi, who played a key role in promoting the company’s newest hatchback Tiago. This was the first time that Messi endorsed an Indian brand. This was also for the first time ever that Tata Motors employed a brand ambassador for an overall brand association campaign.

Messi’s association with Tata aside, we are deeply saddened to see the talented star making such an abrupt exit from the sport. We earnestly believe that Messi had quite a few years of international football left in him, and the Argentine could have played a pivotal role in helping his country win several games and titles before taking the final bow. What do you think? Is it a good decision on Messi’s part, or is it just a misplaced feeling  of guilt that has triggered the reaction? Do share your views on the topic with us